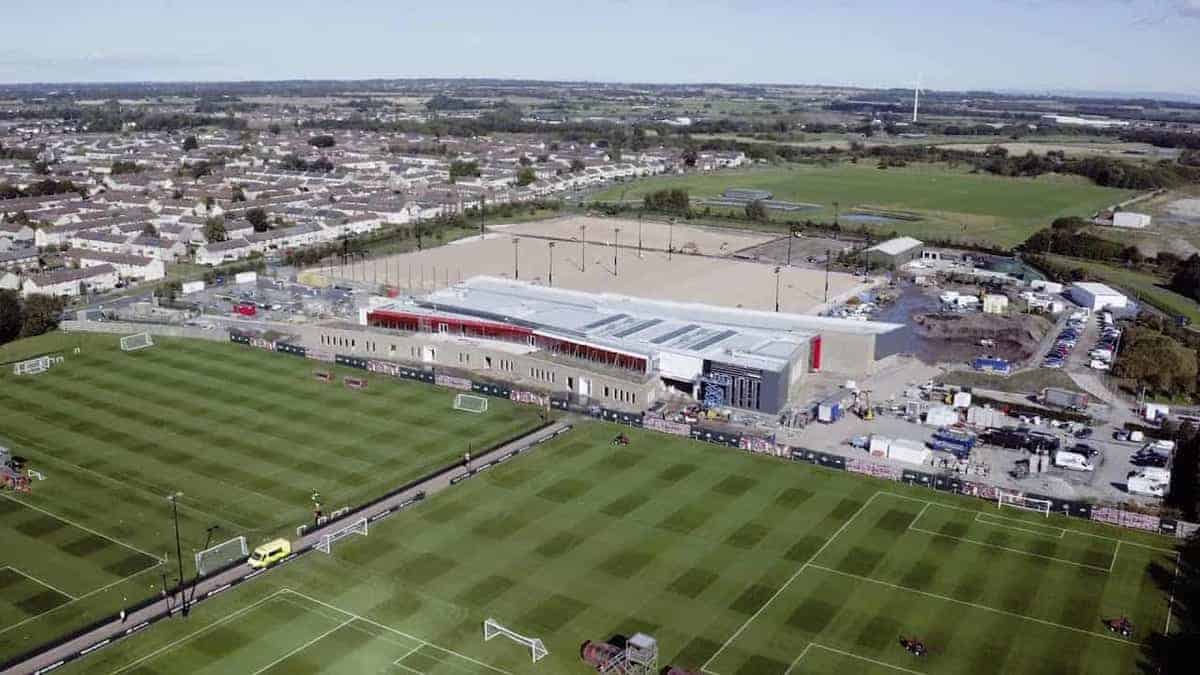 Liverpool were due to move from Melwood to their new, expanded training complex at Kirkby this summer – but that switch may now be delayed, after construction was halted.

The Reds have shown plenty of videos and images on the progress of the work across the last 12 months, with Melwood due to be taken over by the housing trust, who bought it for £10 million, at the end of the season.

But now there may well be a delay in Jurgen Klopp‘s squad shifting to the current Academy site.

There are only a few weeks’ worth of work to complete the project on schedule, but there is no way to know at present when construction will resume.

The Mail report that the delay may mean the Reds remain at Melwood for 2020/21, though it depends on whether Klopp wants to uproot his squad mid-campaign.

A secondary question, more pertinent perhaps, is over when exactly football resumes and the current campaign is played out.

It may be that certain aspects of ‘normal life’ are allowed to resume, with construction work getting up to speed at some point across the time period when the Reds are back in action, even if behind closed doors.

In turn, while it might mean moving in later than expected in terms of calendar months, Liverpool’s squad would still then be in place in the new training location at the same point in the altered football calendar.

The report contained a brief statement from the club on the delayed works:

“We can confirm that the development works on the club’s new training ground at Kirkby has been paused until further notice.

“McLaughlin and Harvey, the company who is managing the project, has confirmed that it is closing all its construction sites as a result of the government’s advice to protect the health and safety of its employees and contractors during the coronavirus outbreak.

“We will work with McLaughlin and Harvey on developing a new timeline for the project when it is safe and right to do so. The health and safety of everyone involved in the project is the immediate priority.”

The Reds had a clause in their sale contract of Melwood to allow them to remain in place for an extra year if any unforeseen circumstances arose which meant they couldn’t move training grounds as planned – and the coronavirus pandemic certainly counts as that.