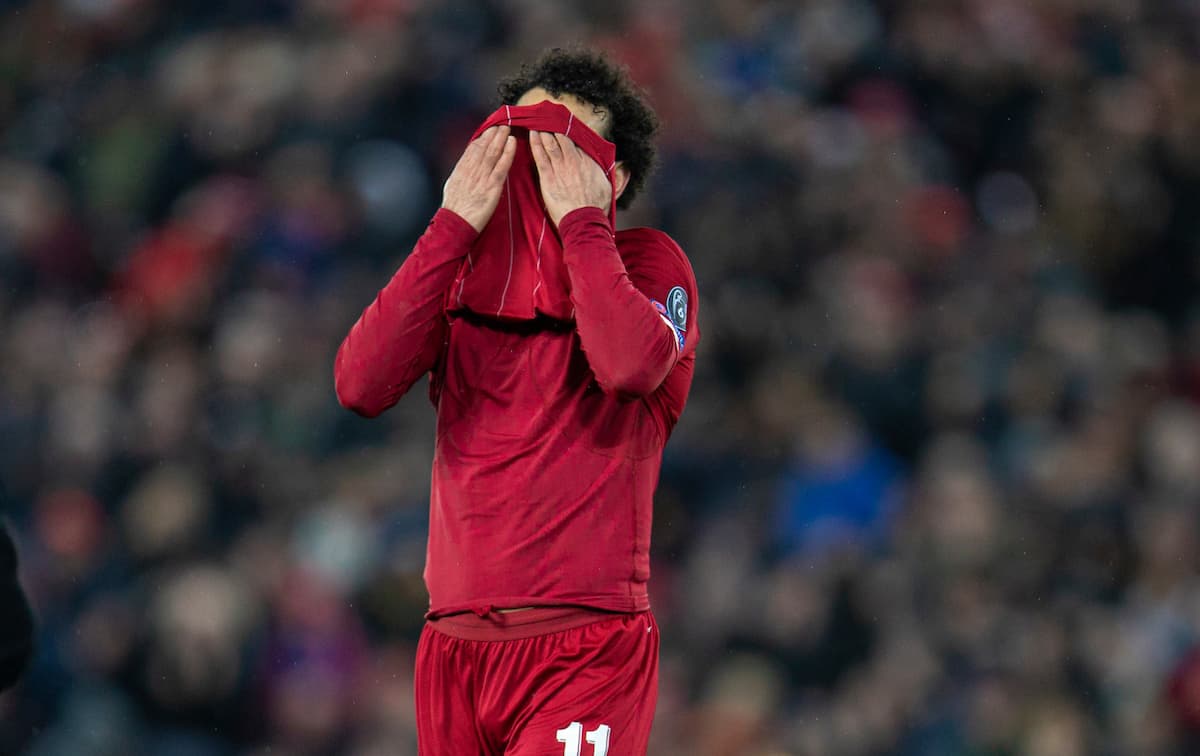 Liverpool have been here before in the Champions League—but Jurgen Klopp avoided the self-defeating cycle before, and a Premier League title should do the same again.

I was quite philosophical when I walked away from Anfield last night.

Prior to the game, I’d said that it wouldn’t be right to go out of Europe when the weather was still cold.

Anfield needs its annual balmy spring European evenings, when the game kicks off in daylight; when the flags and banners flutter that little bit more serenely than they do on a blustery late-winter’s Wednesday night.

Certain footballing stipulations and traditions need to be adhered to, and this is one of the big markers of the season.

Still, there was a surprising lack of pain to our Champions League exit, at least for me. What it instead left was an old familiar sensation, one I’d not felt for around 30 years.

Tipped out of a cup competition, only to self-comfort by contending that it was all OK because we’re going to win the league. Cup competitions are nice and all that, but they are largely a bonus.

I was able to philosophise that it was never going to be easy to reach a third successive Champions League final; I was able to muse that Atletico Madrid were always going to make it a street-fighting kind of game.

It was going to be difficult; it was difficult, and we went out.

Liverpool had largely been in control of the game for 97 minutes.

One error later, by Adrian, in gifting Atletico their first goal, and the clock was ticking on our now loosening grasp on the trophy Jordan Henderson had thrust into the warm, Wanda Metropolitano night sky, in Atletico’s very own backyard, last June.

While Atletico had proved to be hard to crack, we were pretty much in control until Adrian’s aberration.

In this respect, there was something quite symbolic about a goalkeeping error ending our Champions League run.

Where we are now, in the wider picture, is largely due to the way we responded to our loss to Real Madrid, in Kyiv, during the 2018 final. A night which Loris Karius will never truly get over.

Karius made his defining mistakes and it could have done one of two things to the club.

Responding to setbacks is everything in football. You look at how Liverpool responded to near-misses with the Premier League title, in 1996/97, 2001/02, 2008/09 and 2013/14 and you can see a pattern of negativity. We dipped in each instance, quite dramatically.

Tottenham are indulging in this very same phenomenon right now. A team seemingly on an upward trajectory as they headed into the 2019 Champions League final.

They are now repeatedly hitting the self-destruct button, and if they follow the old Liverpool blueprint of negative reactions then they won’t be riding the crest of any waves again until around 2023/24.

Jurgen Klopp broke this self-defeating pattern ruthlessly. In came Alisson and all was well with the world. Uncertainty was replaced by authority.

This isn’t to say Karius should be demonised for Kyiv, and nor should Adrian for Wednesday night. There is no need for a character assassination on Adrian.

Goalkeepers will make mistakes—Alisson included—and we wouldn’t be so far ahead of the rest, in the Premier League, if Adrian wasn’t a decent backup to our first choice.

People will point to the loss of Philippe Coutinho as being the facilitation to the arrival of Alisson and Virgil van Dijk. 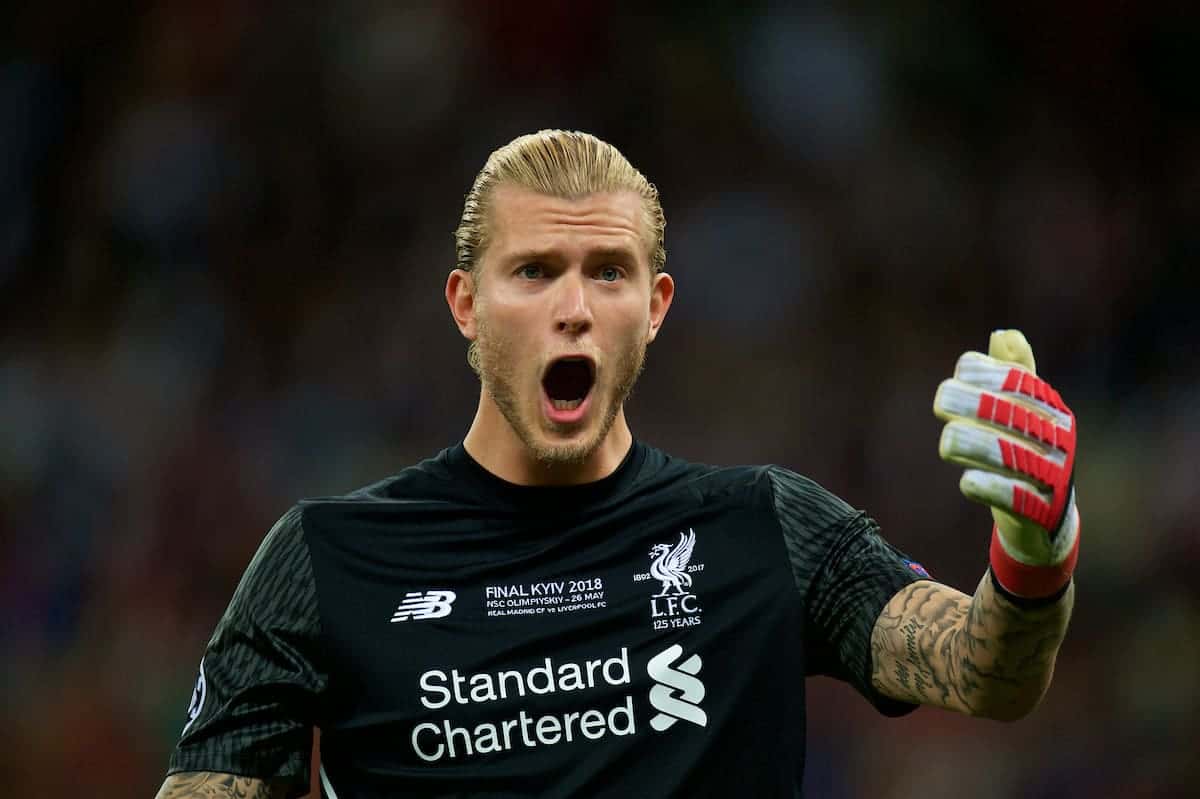 Maybe in time to come, we will view Karius as being the unwitting facilitator of the positive post-Kyiv response that brought us the 2019 Champions League and the 2019/20 Premier League title.

I hope we see Karius back at Anfield one day, in opposing colours, and that he is welcomed enthusiastically. Something that would be good for both his and Liverpool’s soul.

All this philosophy preached; I was pissed off when I woke up on Thursday morning.

I love Liverpool being champions of Europe. I undertook mad road trips to both Kyiv and Madrid. I had spent idle time since we qualified for the knockout stages envisaging how to get back to Istanbul.

It is going to sting, seeing another team not only getting their hands on the Champions League trophy, but getting hold of it in Istanbul too.

We have a weird-looking set of teams heading into the last eight and the very real possibility of a nouveau riche winner. 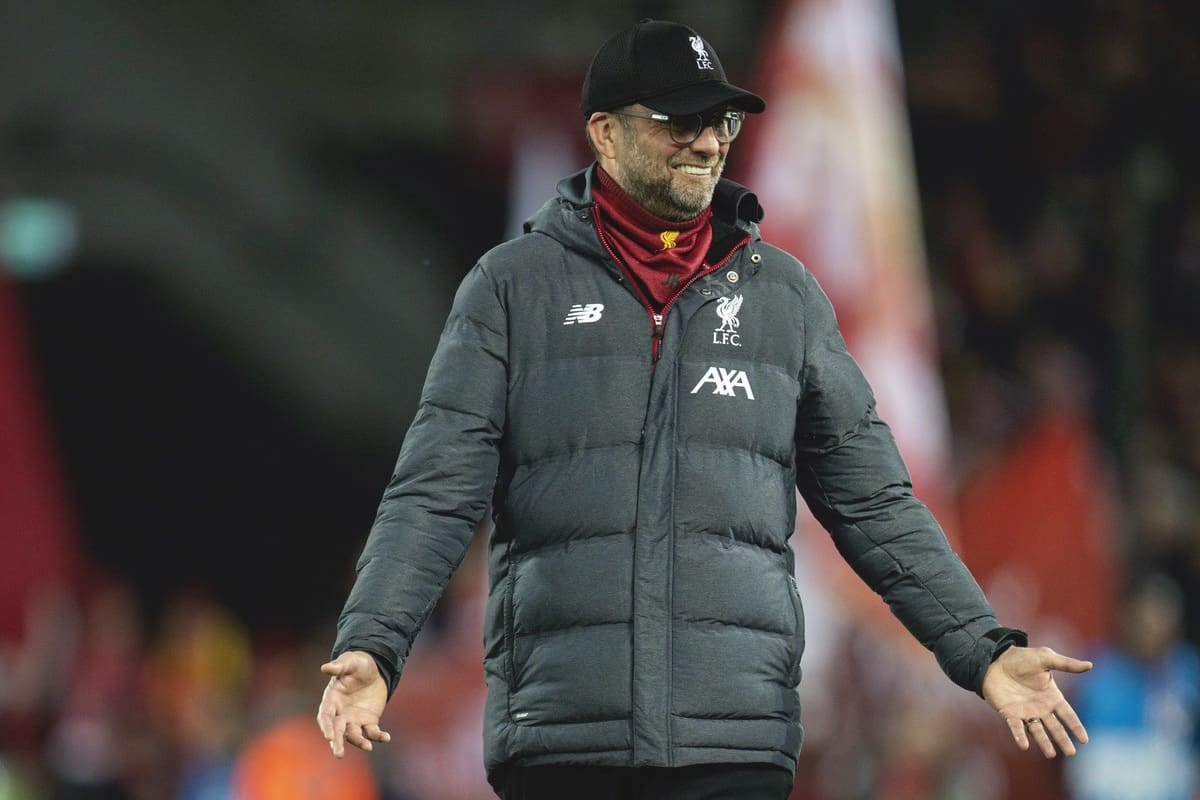 The concept of an FFP renegade winning it isn’t appetising, yet neither is it appealing if the winner were to be Spanish, as we kind of have a bone to pick with all three remaining LaLiga teams.

For Liverpool, the small matter of the Merseyside derby is looming.

If Burnley could just do us a favour on Saturday, then it might just get a little bit biblical.