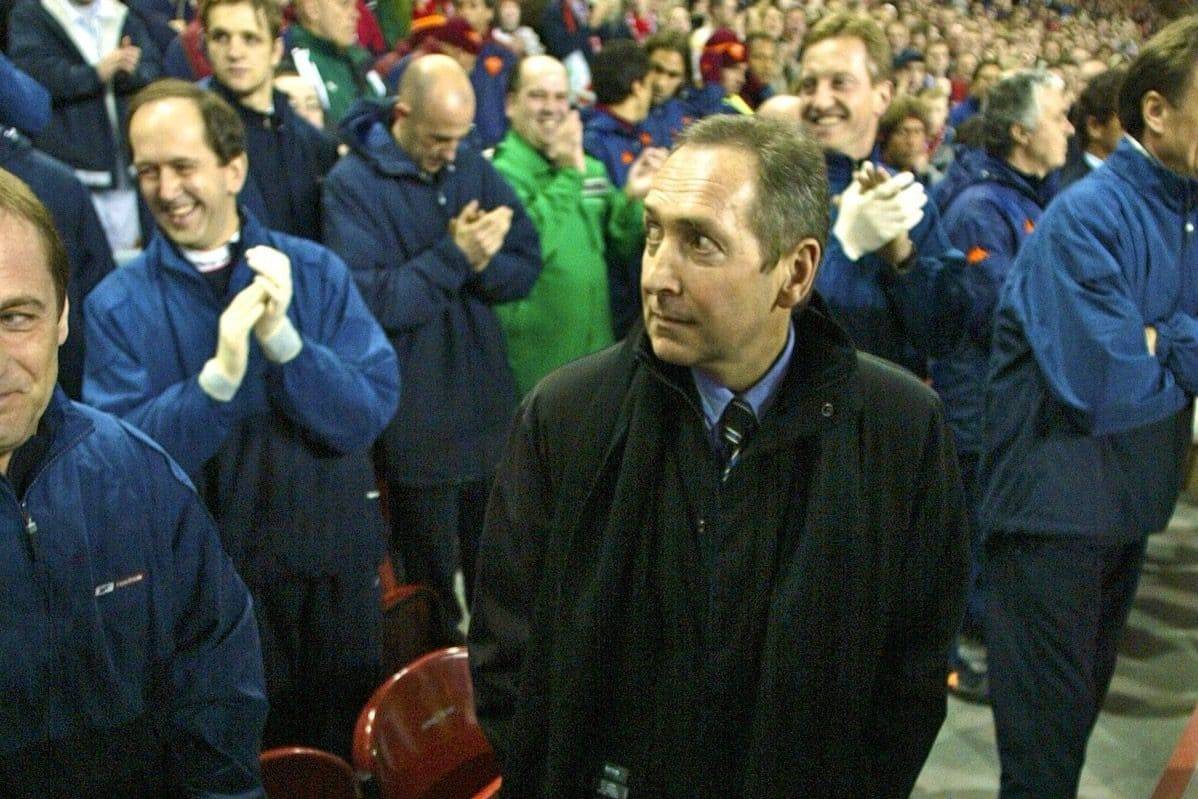 Liverpool have a long history of incredible nights in Europe; on 19 March back in 2002 we enjoyed one such occasion as Gerard Houllier returned after illness to inspire the Reds past Roma.

The manager had been taken ill some five months beforehand, midway through a league game against Leeds United.

Heart surgery was required and the situation was grave indeed for a period on that day—but on that Tuesday night, when Fabio Capello’s Roma came to Anfield, the boss’ simple presence made all the difference.

Rather unlike the modern-day European competition, when the Reds are usually involved in knock-out games at this time of year, back in 01/02 we were in the fabled “second group stage” phase.

The Reds had been grouped with Barcelona, Galatasaray and Roma, and went into the final game bottom of the quartet, with four points from five matches.

Roma were top on seven, then Barca on six and the Turkish side on five, but following a 0-0 draw in Italy earlier in the group, the Reds knew a win would be enough to finish above Capello’s side thanks to the head-to-head ruling.

Regardless of the other game’s result, then, a 2-0 Anfield win meant progression to the quarter-finals—as even if Barca drew, the Reds would go through in a three-way head-to-head on goal difference.

As Houllier emerged and walked down the Anfield touchline, it was clear that he, and the Kop, were more than up for the challenge: banners were out, songs were loud and the famous old ground lived up to its reputation as a cauldron few opponents can withstand. 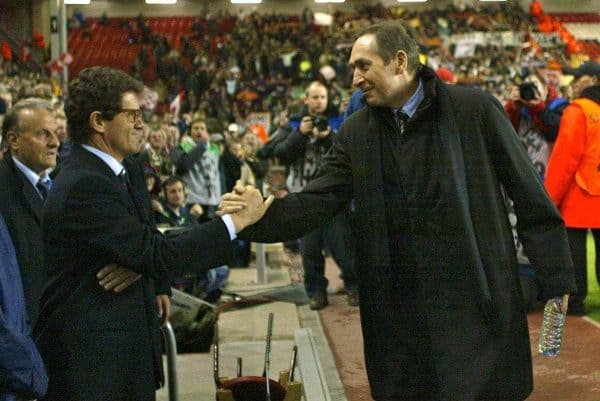 The match itself started in the best possible way, backed by that surprise appearance in the dugout and the determined, attack-minded approach on the pitch.

Vladi Smicer went close early on, before the resulting corner ended in Danny Murphy being tripped. Penalty to the Reds, Jari Litmanen with the ball in his hands—goal.

After the break, and attacking the Kop end, Liverpool wouldn’t be denied. 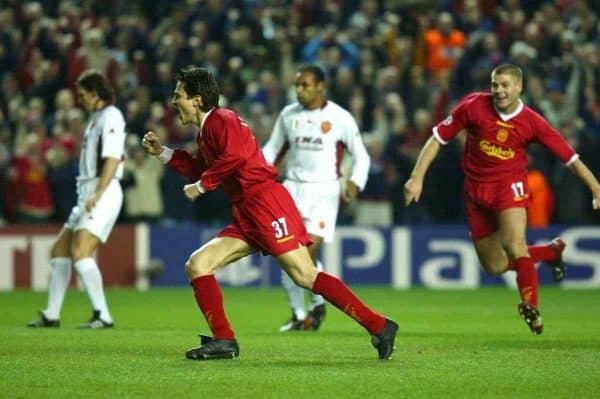 Danny Murphy’s free-kick delivery found a towering, unstoppable header from Emile Heskey, which in turn found the bottom corner of the net.

Liverpool won, Liverpool progressed. Liverpool had their manager back.

It wasn’t to be the fairytale ending of the season that all had hoped for, as defeats to Bayer Leverkusen and Tottenham ended Continental and domestic chances of trophies.

But Houllier’s return reminded all of the power of Anfield and showed the potential which the manager had instilled in the team over the past few seasons—as well as writing another chapter in the stadium’s glorious book of European memories.