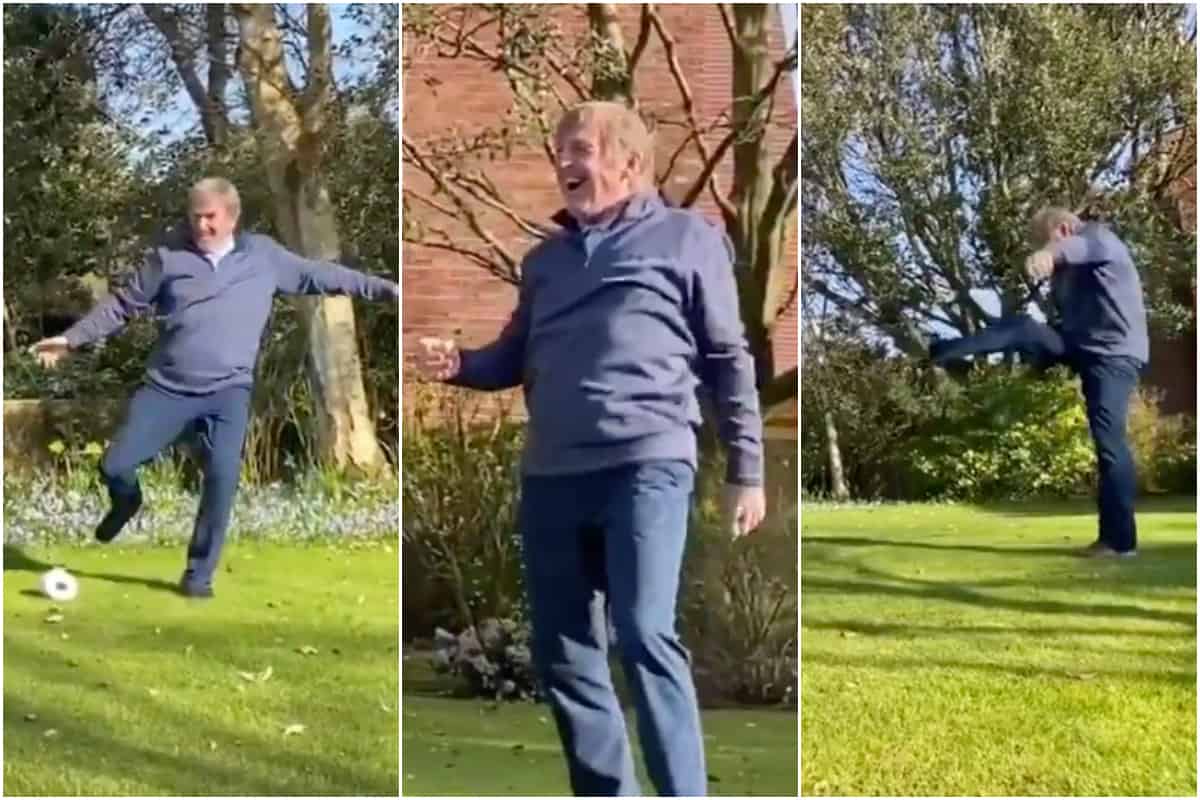 The #StayHomeChallenge has seen footballers spread awareness of the coronavirus by attempting keepie-uppies with toilet rolls, with Sir Kenny Dalglish joining in.

With the public advised to stay in their homes as the pandemic affects the UK, many have turned to interesting methods to keep themselves entertained.

Football is suspended until at least the beginning of May, and likely much longer, and players have noticeably increased their presence on social media as boredom sets in.

Many have tried their hand at the #StayHomeChallenge, with Harvey Elliott and Naby Keita among those to impress with their efforts so far.

Over the weekend it fell to Dalglish—standing in for his daughter Kelly Cates—to make a contribution, and the Liverpool legend took a unique twist on the format.

.@Carra23 nominated @KellyCates for The Keepy Uppy Challenge but, in the words of Big Al, she was “diabolical”, so she asked me to do it for her. I think she might regret it a wee bit. @GNev2 I see you’ve yet to do yours. #StayHomeSaveLives #SoundOn pic.twitter.com/86YZIzQIEa

Instead of the usual, Dalglish attempted to fire a toilet roll through an archway in his garden, seemingly aiming to land it in a trophy placed in between.

The 69-year-old is undoubtedly one of the best players to ever grace Anfield, but he struggled to find his feet with a series of failed attempts; celebrating as he finally managed to make it through.

Kenny’s #StayHomeChallenge was followed up by an outtakes video which was even more entertaining than the original—potentially pulling his hamstring in the process!

“Take it seriously, what we’ve been told. They’ve asked us to stay at home,” he explained after the video.

“Do the NHS a great help, show our appreciation to them by adhering to the rules and regulations. All the best.”

It is great to see Kenny joining in with a smile on his face, with the King making the best of the current situation as he stays at home.

His message is worthwhile, too: staying indoors helps our NHS as they fulfil an incredibly demanding duty in an unprecedented situation for the UK.