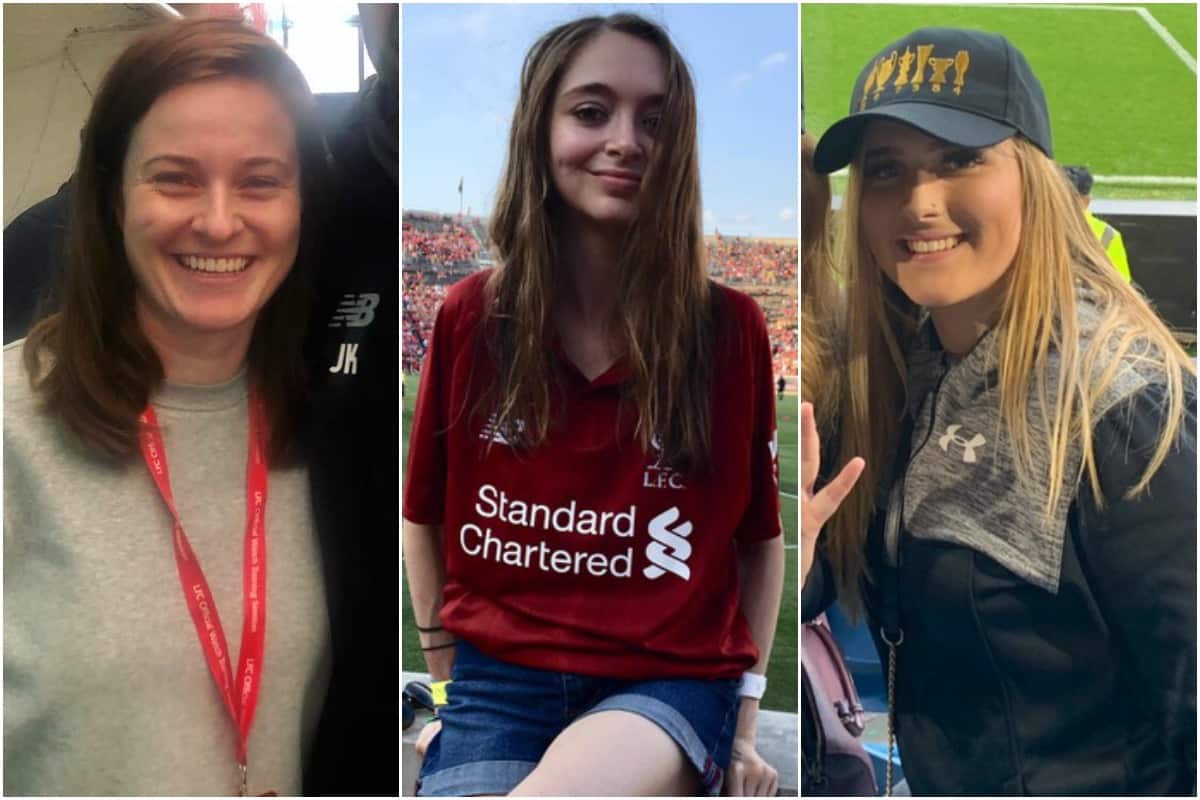 In honour of International Women’s Day, we’re shining the spotlight on a number of female Liverpool fans and their lives as Reds.

Today marks International Women’s Day and with millions of female fans around the around, each has their own unique and wonderful tale as to how they started supporting the club and what it means to them.

No story is ever the same and it is what makes each as special as the next, whether you started following the club from birth or later on in life, the passion burns brightly.

Here, Amy (@GaetaAmy), Isabelle (@lfcisabelle) and This Is Anfield’s Joanna Durkan (@JoannaDurkan_) share their stories and provide a unique insight into their life as a Red.

How it all started…

Amy: I had always enjoyed watching football, but never made the time to devote myself and had no idea how to choose a club.

Growing up in America, there was little guidance on football and there was no local club for me to support. After a few really difficult life events early last year, a good friend invited me to watch Liverpool matches with her and our local supporters’ club, LFC Madison. 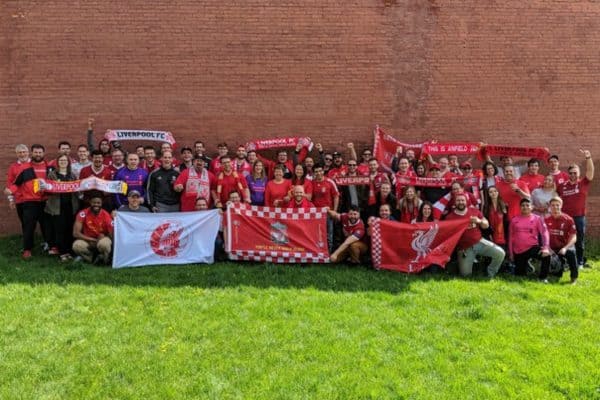 Liverpool attracted me almost instantly and intensely because I had never experienced a sports club and fanbase with such strong, likeable social values. Moreover, following Liverpool is a lot of fun and it’s brought me to incredible places and people. I’m not one to care about glory or winning; I’m one to care about supporting teams that love and believe in what they’re doing.

Since supporting, I’m grateful for all the friends I’ve made along the way that continue to teach me about club history and welcome me.

Isabelle: The whole reason I’m a Liverpool supporter is because of my grandad – he’s joked before that he’d disown me if I wasn’t! 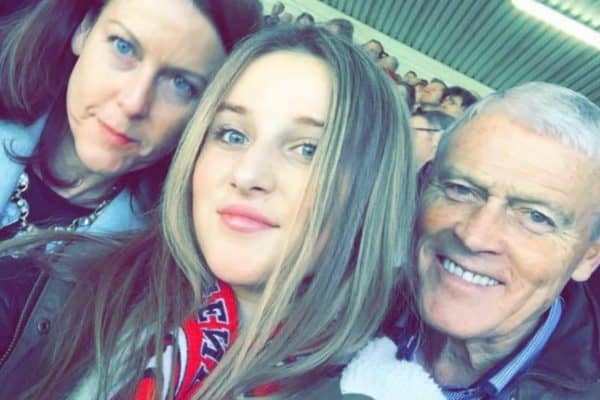 He’s been a season ticket holder for years and even played with the likes of Roger Hunt and Ian St. John in charity games. From around the age of six or seven when I started to understand the game properly, he would take me to Anfield with him.

My younger brother and my two cousins are also football-obsessed so we used to argue over who would get to go with him. With a family like mine, I had no choice but to support Liverpool!

Joanna: Long story short, a love for Michael Owen and Steven Gerrard mixed with influence from a friend swung me in the direction of Liverpool.

My parents were not really football fans at the time and I lived in Hong Kong, and the only football I got to watch was internationals due to the time difference and, obviously, being very young at the time I was unable to convince my parents of the need to stay up and watch league games. 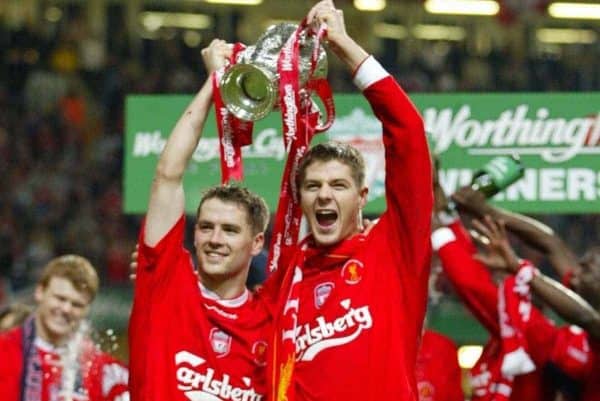 Owen and Gerrard were two of my idols in the England side and using my brother’s XBOX I could play as Liverpool on FIFA with both of them in my team, and so from as far back as six or seven years old, I was a Red.

Slightly different to the norm, but thank god for Gerrard and Owen. 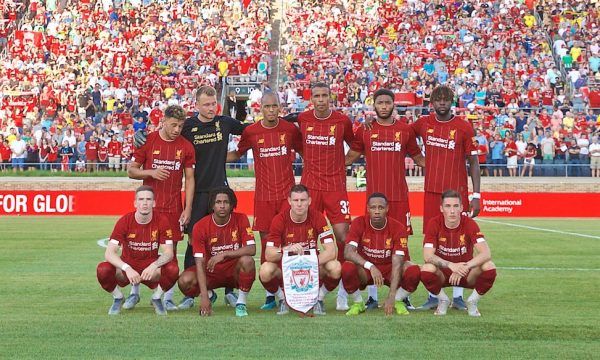 Amy: My first match was a pre-season friendly against Dortmund Borussia in Indiana, United States. It was the hottest day of the year, my friends and I went to the stadium eight hours before the match started, and we lost that day, 3-2.

But damn, it was a banger of a time. I had the energy of a little kid and the only thing I cared about was being there, fully present. After this, my friend and I followed the club to Boston and New York for their entire US tour.

This past festive season, I attended two matches at Anfield, watching the Reds take on Wolves and Sheffield United. Anfield felt welcoming and right, once again affirming my club choice.

Isabelle: I went to my first game in 2008. It was against Fulham at Anfield.

I wore a replica shirt with my favourite player, Torres, on the back and walking up to the ground my uncle also bought me a pink Torres scarf from one of the stalls.

I sat in between my grandad and my uncle in the old main stand and stared at the Kop in awe. My grandad says I basically gave a running commentary for the whole 90 minutes! Admittedly I can’t remember much else, as I was six and it was 0-0. I actually had to go to five or six more games before I even saw us score!

Joanna: December 22, 2012. Liverpool vs. Fulham – back in the days when you could buy tickets on general sale! 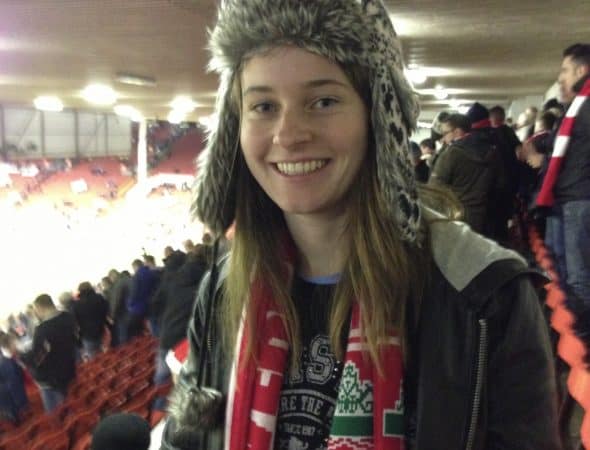 I went with my mum, who I have now successfully converted into a full-blown fan in the years since, and we were sat in the second to last row of the old main stand – excuse the hat I was wearing, it was cold…

I remember the buzz of walking into the stadium and YNWA starting, the hairs on the back of my neck stood to attention and it was everything I had dreamt of and more.

We won 4-0 in a game where both Gerrard and Suarez scored and I could not wipe the smile off my face. Since then, I’ve only ever seen Liverpool lose once at Anfield and the very feeling I got going to my first game has not changed in the years since – it’s a privilege that I don’t take for granted.

My earliest and most vivid Liverpool memory…

Amy: During the 2014 World Cup knock-out match between England and Italy, I was studying at Oxford. One late night in a local pub, I was watching the game and every Oxford student around me was cheering for England.

I was indifferent to who won the match. But, a few bartenders were northerners, funny enough. They were booing each time England made a decent run. When I asked them why, they told me a bit about their background as Liverpool supporters and one said something like, “A real red doesn’t support England.”

At the time, this meant nothing to me. Now, I laugh about this memory because I really understand what they mean. 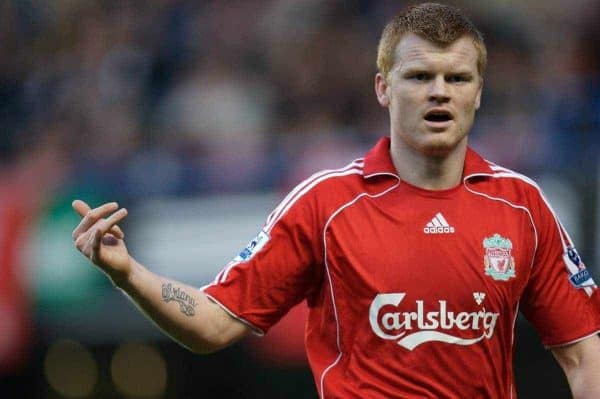 I watched it at home with my mum, whilst my brother and grandad went to the match. The reason I can remember it so well is because of that John Arne Riise own goal in the 94th minute that eventually cost us the tie.

When that went in, my mum told me to not be too upset and to keep on believing. That always sticks in my mind and I think it perfectly sums up what it’s been like being a Liverpool supporter in my lifetime.

Joanna: Receiving my first Liverpool shirt, at least the first one I can remember. It was the 2003/04 white away kit, the combination of Reebok and Carlsberg.

As a kid, football kits were all I wore, most of which were international ones from clubs I played for (I was particularly fond of Brazil’s ), but, of course, my Liverpool one was special. 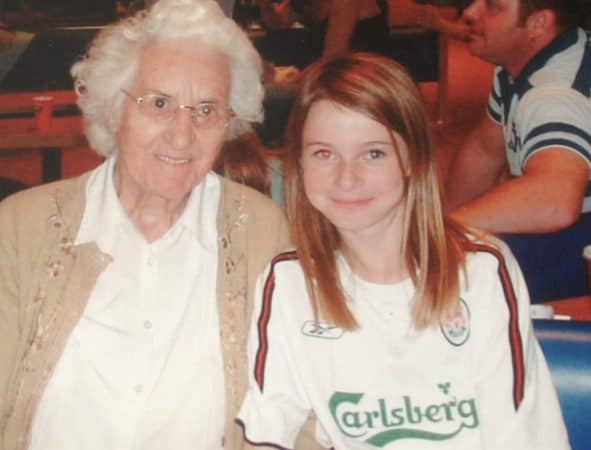 It didn’t have a name and number on the back but if it did, it would have had Owen – so safe to say I was gutted when he left for Real Madrid the following season.

What the club means to me… 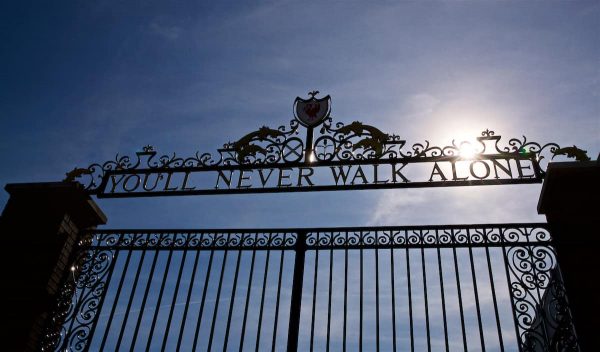 Amy: The world has not been the kindest or most just place lately. I can be pretty cynical and negative at times, to my regret. Amid this, Liverpool is my constant one good thing. It’s something that’s always there when I need a reminder that there are many things to be passionate about still in this world.

Yet, I am far from naive about all the negative, toxic parts of football, such as the racism and gender inequality. So, as a supporter, it’s important to me to be vocal about these issues and I’m glad fellow Reds are generally open to listening. These sentiments may not be unique to Liverpool, surely other people feel this way about their chosen club, and I really hope they do.

Isabelle: I’ve spent most of my life supporting Liverpool, following them up and down the country and meeting new people through them. During the week, I count down the days until when Liverpool play. Then when it gets to the day of the game, I can’t wait to get to Anfield. 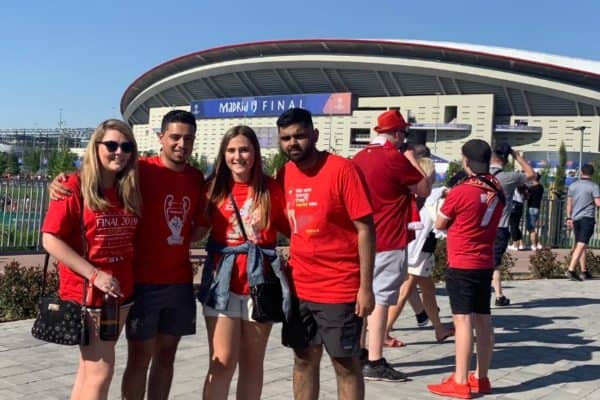 It’s a routine and lifestyle more than it is a hobby. I’ve met some of my best mates through the club, and created the best memories. Liverpool, to me, is such an important part of my life that I struggle to describe how much it means to me because it’s so much more than a club. It is so special and we are all very lucky to be apart of it.

Joanna: Liverpool’s role in my life has constantly evolved.

First, it was a passion shared amongst friends and then it was a love which had me constantly up in the early hours of the morning in Australia, and now it is something I am lucky to say it is my job to live and breathe everything Liverpool.

I’d always experienced the highs and lows to the extreme until someone passed who I was extremely close to, it gave me perspective on the emotions of it all but it also made me realise that during the hard times it can be a form of escapism.

Many will say ‘it’s just a game,’ or it’s ‘just a football club’, but for me and millions around the world it is more than that. It’s something that at times is hard to put into words and some of my fondest memories have Liverpool at the heart of them.