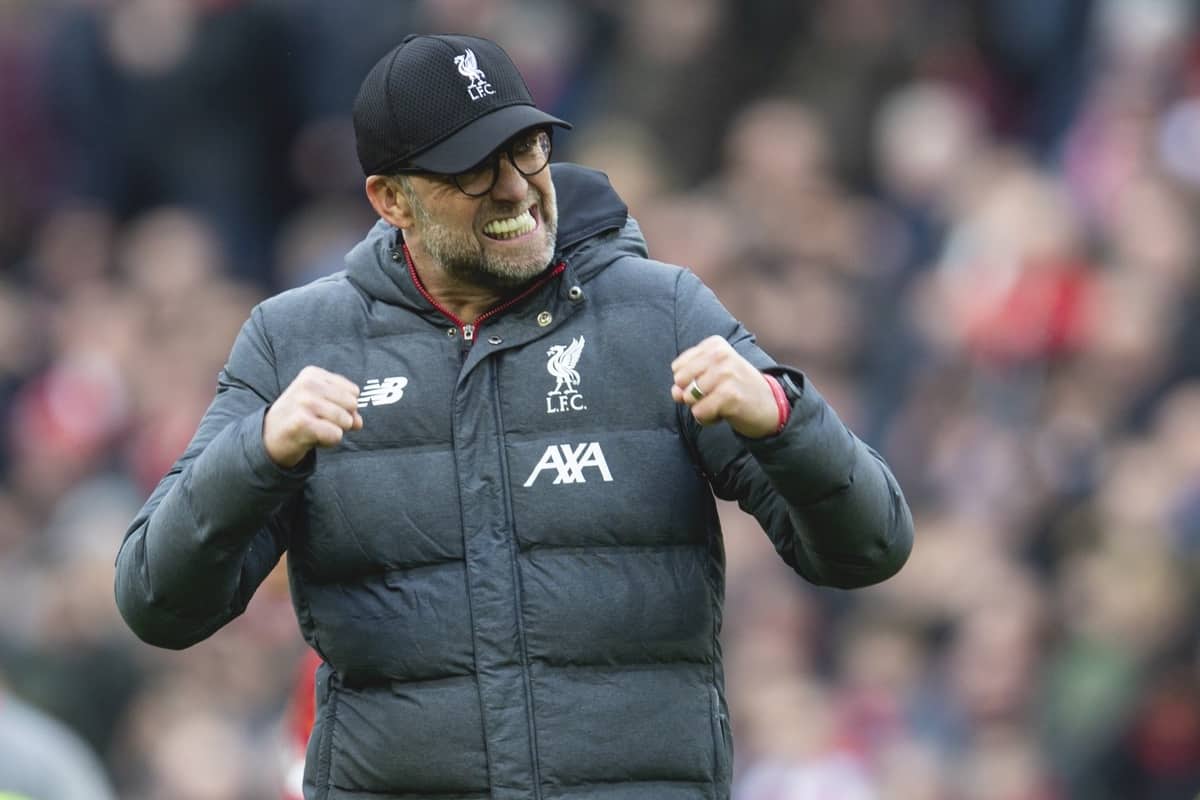 UEFA have released a “resolution” outlining their intention to see all European leagues complete their current domestic seasons.

The news is, of course, extremely good to hear from a Liverpool perspective and should put to rest any silly suggestions to ‘void’ the current campaign due to the ongoing Coronavirus pandemic.

Coming on the day that Europe’s governing body announced that Euro 2020 would be delayed to next summer – a decision which UEFA said was in order to prioritise the completion of domestic seasons.

UEFA write that they are committed to:

“Complete all domestic and European club competitions by the end of the current sporting season, i.e. 30 June 2020 at the latest, should the situation improve and resuming playing be appropriate and prudent enough.”

It is, however, acknowledged that the current 2019/20 season may end after June 30, which would see UEFA make adaptations to the 2020/21 Champions League and Europa League competitions.

Regardless, it is clear that UEFA and all individual associations intend to complete the current campaign, should the situation allow it.

That means Liverpool fans should be able to look forward to lifting their 19th league title once the season resumes – whether that’s against Man City on April 5 or at a later date.

Jurgen Klopp‘s side need two more wins to guarantee the title, but a victory over City would also secure the trophy and so they are theoretically one win away from being crowned champions for the first time in 30 years.