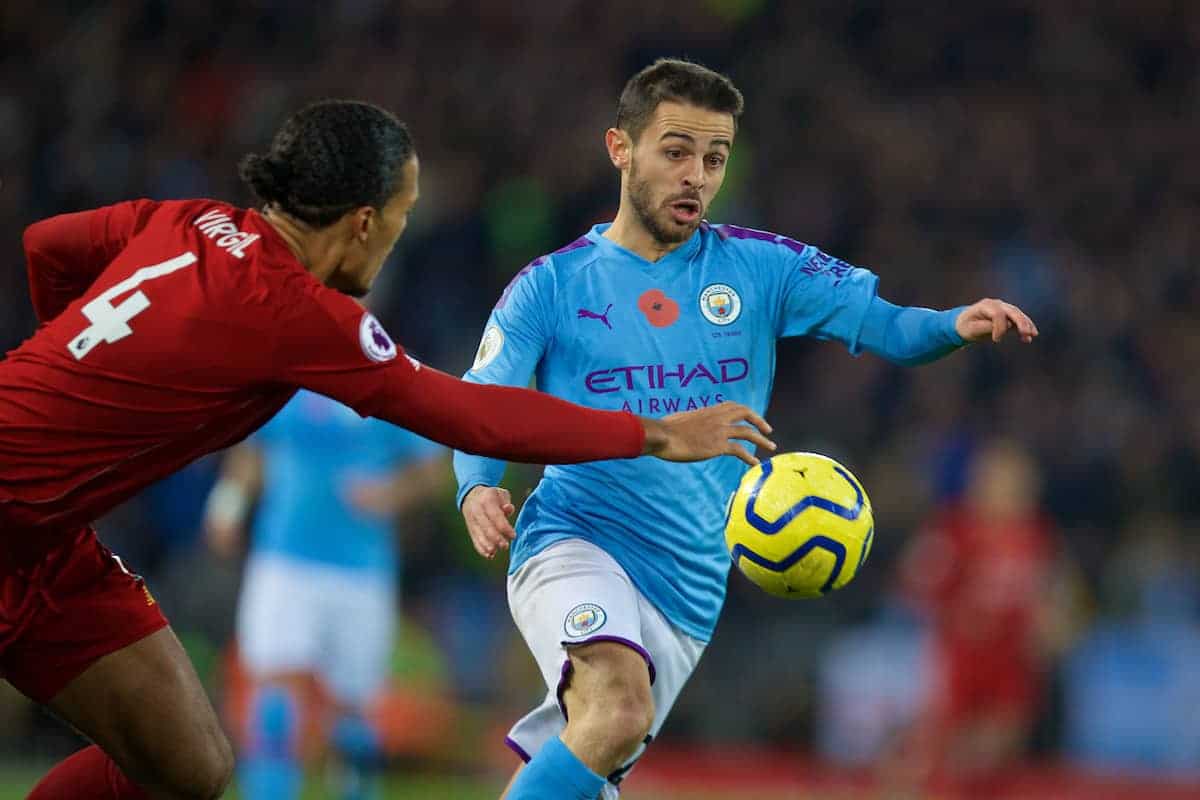 Bernardo Silva has admitted that Liverpool “definitely deserve this title,” as the Premier League finds itself in an uncertain situation due to the current suspension.

With football on hold across Europe amid the coronavirus pandemic, question marks remain over the English top flight and its resumption.

There have been muted calls for the campaign to be voided in order to begin the new season on time, though these have been regularly quashed by those with common sense—including the Premier League itself.

And speaking to Bleacher Report via Instagram Live, Silva has joined City team-mate Ilkay Gundogan in conceding that the title should go to Liverpool, rather than advocating a void.

“Of course they do. Definitely,” he told Sam Tighe.

“I think it’s a very sad situation, and probably now even if they win it they won’t enjoy it as much as they should, as they deserve to.

“But definitely they deserve this title, yes.”

With 10 games to play, City find themselves 25 points behind Liverpool at the top of the table, albeit with the Reds having played a game extra, and Jurgen Klopp‘s side need just six more to clinch the title.

The hope was, before the league’s suspension, that the Etihad clash between both sides could be played out, which would have potentially decided the title if Liverpool were to win.

That fixture did not go ahead, with Arsenal manager Mikel Arteta’s contraction of the coronavirus forcing the Premier League into action, and now it remains to be seen when and where the Reds will seal it.

But despite the gulf between Liverpool and City this season, Silva vowed that next term will begin anew, attesting to City’s lead in 2017/18.

“What happened this season, I don’t believe it counts for the next one.

“But definitely, this one they were much better in the Premier League and they deserve to win it.”