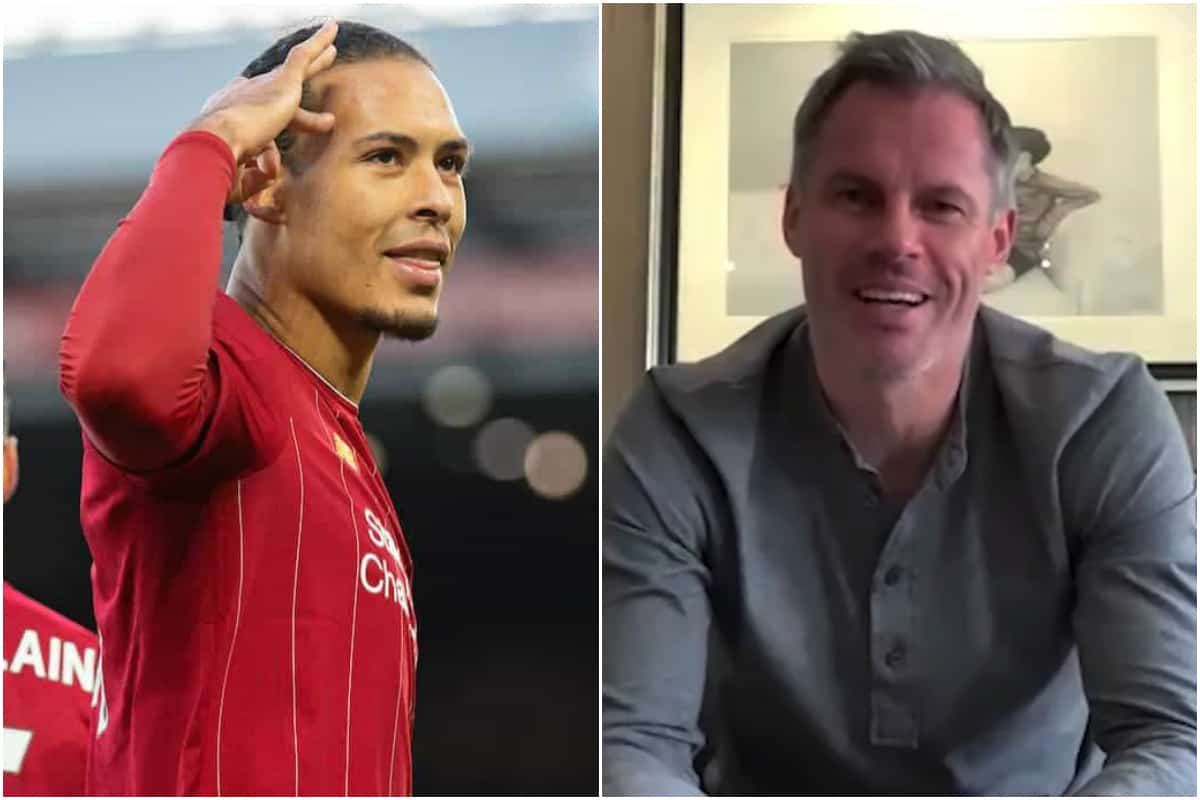 Jamie Carragher has explained how he worked to capitalise on his strengths and work around his weaknesses as a player not as naturally gifted as Virgil van Dijk.

There are few, in any, flaws to his game, and despite the £75 million outlay his impact on Liverpool should see him viewed as a relative bargain in the modern transfer market.

In a Twitter Q&A last week, Carragher jokingly asked Van Dijk which of his Reds predecessors did he base his game on, and in jest the Dutchman replied “probably Sami Hyypia”:

Van Dijk and Hyypia are certainly more alike as defenders, and in an ‘Off Script’ interview with Sky Sports, Carragher explained how as a player he was forced to work around the weaknesses that differentiate him from Van Dijk.

“Obviously I had a little joke with Virgil van Dijk on social media, but I think you’ve also got to be clever in some ways,” he told Geoff Shreeves.

“Yes, you want to watch the top players and learn from them, and my son at this moment is a centre-back, so why wouldn’t you watch Virgil van Dijk?

“But someone like him, and other great players in different positions, sometimes they have attributes that you haven’t got as a player.

“So it’s not a case of just watching him and doing that.

“I could never be as dominant in the air as Virgil van Dijk, he’s so much bigger than me.

“He’s quicker than me, so when I see him outpace someone and get across and use his body, it’s like yes, we’d all love to do that, but I couldn’t do that, because I couldn’t run as quick as him.

“I think sometimes you’ve got to actually look at some players who you think, ‘OK, they match me physically’, if you like.

“So what do they do to maybe cover up for their weaknesses? What are their strengths? I think, to be honest, in any game of football and any player if you’re looking to improve and get better, that’s what football is.

“No one is the perfect player, we’ve all got weaknesses, and the best players hide their weaknesses as well as they can and show their strengths more often than not.

“So for me it’s no point watching Virgil van Dijk and saying ‘I want to do that’—I couldn’t do what he does.

“So what I’d have to do is rather than him looking a million dollars running down the line and beating someone in a race, I’ve got to be in a position where I don’t have to run that race.

“For me it’s being in a position earlier, and maybe being more switched on and maybe reading the game earlier.

“I’d be trying to look at players like, someone who was similar to me would maybe be [Ricardo] Carvalho when he was at Chelsea. He wasn’t the biggest, he wasn’t the most powerful, but he was a top centre-back.

“So you’d watch him and how he went about things, rather than maybe watching Rio Ferdinand coming out with the ball, or maybe John Terry dominating in the air, because I didn’t have those the physical attributes they had.” 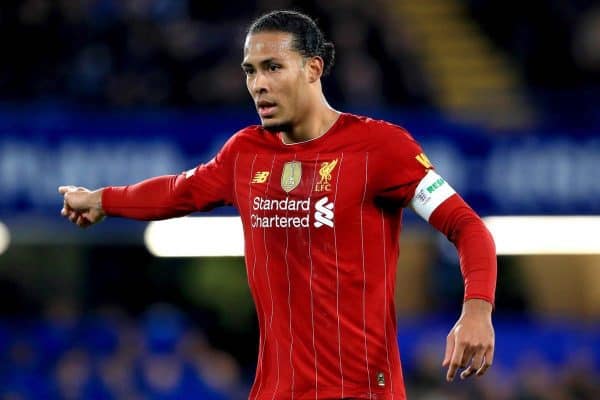 Carragher’s insight is hugely interesting, with his candid approach to the question detailing how some professionals are required to work harder than others.

Van Dijk himself has alluded to this in the past, telling The Big Interview with Graham Hunter podcast last year that “there were times at Groningen, and even at Celtic, that I did ‘just enough’.”

“So when there was a one-vs-one sprint, and I knew I was going to beat him, I just did just enough [of a] sprint so I could get him and play the ball back,” he explained.

“I’ve learned over the years that you just have to give everything.

“It makes it look maybe a little bit easier, but you also make it easier for your team-mates. That’s something I’ve definitely developed.”

It is a testament to Van Dijk’s natural ability and mindset that he has reached the level he has at Liverpool, but similarly so that Carragher was able to forge such a successful career despite his self-acknowledged limitations.

For players like his son, James, who is on the books at Wigan, it should be encouraging that both were able to represent the Reds to such a degree.