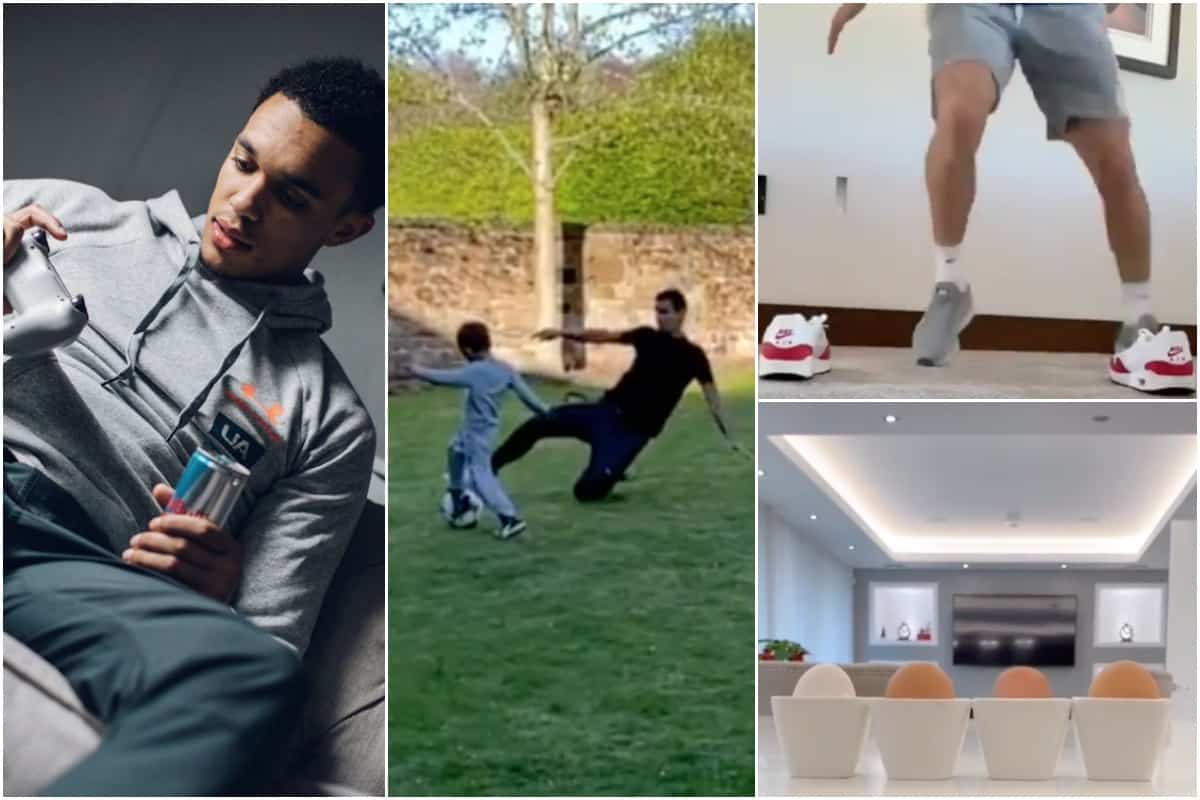 Laughs and challenges are the name of the game for the Reds on social media, with James Milner looing for competition in the #LivingRoomCup, while Dejan Lovren asks for a VAR check.

Liverpool’s players mightn’t be able to entertain the masses on the field, but they are certainly doing their part to both challenge and keep us all smiling on social media.

James Milner has been the star of the show since football came to a halt, with his ‘Isolation XI’ topping the pile, but this time around he has made the more sensible post among his peers, switching laughs for the latest ‘Living Room Cup’ challenge.

Man City’s Leroy Sane set the task of side steps, with the challenge to top his 100 repetitions within 45 seconds.

Quick feet were needed and if not for “a dodgy stopwatch” Milner may have toppled his counterpart, or so he says:

If only I didn’t have a dodgy stopwatch – 98 in 43 seconds… Just 2 behind @LeroySane19 in his Nike #LivingRoomCup Challenge. How many can you get in 45 seconds? #PlayInside @nike

Trent Alexander-Arnold, meanwhile, has been spending his downtime competing in the FIFA20 Stay and Play Cup, where he was knocked out in the quarter-finals.

He will represent the club in the ePremier League Invitational, where all 20 clubs will have a representative, and while he hones his craft in the virtual world he is still making time for Andy Robertson – who calls at least four times a day:

Quick game of FIFA in between calls from Robbo ?? pic.twitter.com/AsTKLfIz7O

Adrian, on the other hand, has dabbled into the hilarious egg challenge arena, but with a head full of hair he threw his dad into the spotlight, which he was certainly not shying away from.

The Spaniard’s message was, “Despite the circumstances, we are currently living around the world, let’s never stop smiling every day and look at our life in a positive way!”:

As for Roberto Firmino and his wife Larissa, they took to smashing each others’ face into what appears to be flour in a game of ‘Mr and Mrs’.

They clearly enjoyed having the pleasure of subjecting each other to a face of flour, as did their daughters – and who can blame them:

But there was more of a clean look for Mohamed Salah as he shared images of an earlier photoshoot:

And his close friend in Dejan Lovren was clearly missing regular football action and the level of competitiveness it brings and his son paid the price.

A friendly kickabout in the garden soon saw his son tumbling to the ground as Lovren flung himself into a sliding tackle, but Liverpool’s No. 6 was having none of it as he joked: “VAR checking possible foul, yellow for diving.”

Adrian was quick to respond by insisting it was a “red card for the defender, it’s dangerous play.” And ex-Red Daniel Sturridge shares his view as he commented: “Always saying we dive brate when you know it was a foul. Smh.”

These lot never fail to entertain.