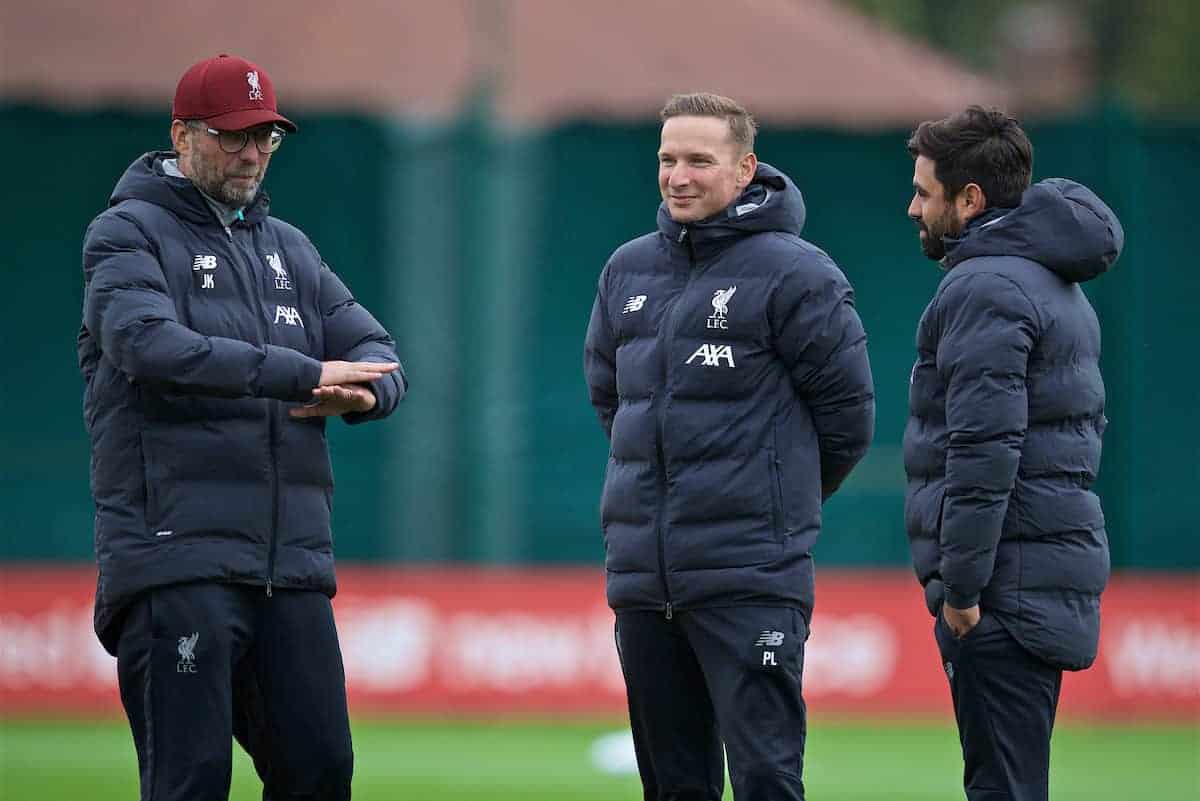 Liverpool’s elite development coach Vitor Matos has discussed the impact of the coronavirus pandemic on football, and vowed “we want to finish the story we started.”

Matos joined the Reds in October, and has quickly become a key part of Jurgen Klopp‘s backroom staff, taking up a focal role at Melwood and Kirkby.

Along with easing the pathway to the senior squad for the club’s youngsters, the Portuguese has also overseen training sessions for the first-team squad, and supported Neil Critchley in the FA Cup and League Cup.

The 32-year-old has made a big impression, clearly buying into the Reds’ ethos, and has joined the likes of Andreas Kornmayer and Pepijn Lijnders is managing the squad’s workload in isolation.

In an interview with Radio Renascenca in his native Portugal, as relayed by Sport Witness, Matos reflected on the current situation and how Liverpool will respond.

He took a mature view on the suspension of football, with health the priority at this stage as the Reds can “finish the story we started” when the campaign resumes.

“When what is involved is something as serious as the health of all of us and the wellbeing of a country, we honestly don’t even have room for other feelings,” he explained.

“We are proud of the journey and process that we have been developing, and we know that football will return.

“And when we return we want to finish the story we started, and we’ll play with all our identity and passion with which we have done so far.”

Matos spoke with poise on the ability to take perspective in this period, as “it allows more time to reflect and for us to know what we like and dislike, which is often not possible.”

He acknowledged that “football, like society, will undoubtedly have to reinvent itself and re-educate itself on many issues,” with the return of sport likely to come under severe restrictions initially.

“But we all have the hope and the strength to want to see football again with passion and the joy that characterises it,” he continued.

“And to see the filled stadiums that guarantee the emotion for our profession.”

As Matos notes, it will be disappointing to see Liverpool end the season—likely as champions—by playing out their remaining games behind closed doors, but there is an onus on the players to maintain that “passion” without fans.

It is encouraging that, at least outwardly, that conviction is not fading as the weeks go by, as hopefully the Reds can “finish the story we started” in the near future.