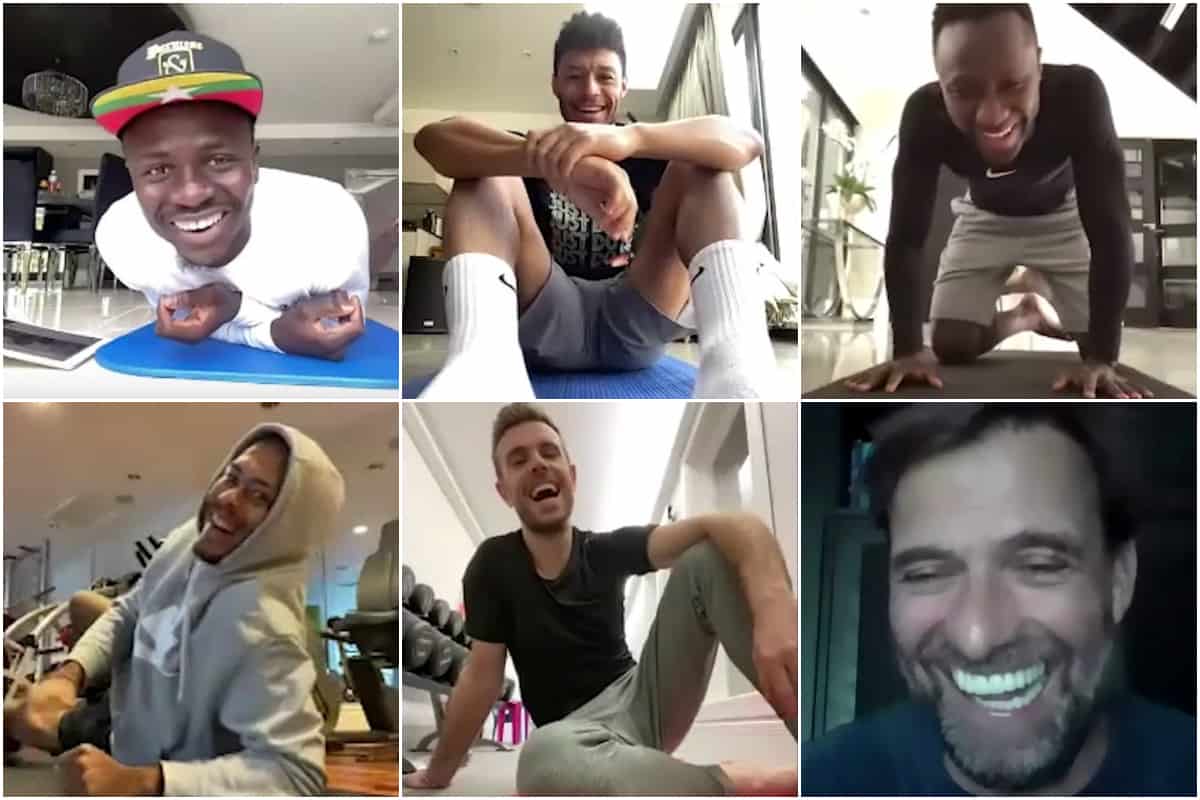 The Liverpool squad joined up for their latest morning yoga session via Zoom, with Sadio Mane and Alex Oxlade-Chamberlain leading a boisterous start from home.

Jurgen Klopp‘s side have been linking up over video calls throughout the coronavirus lockdown, as they continue training ‘together’ despite not being able to visit Melwood.

Part of their routine includes a morning yoga session, with Klopp typically joining the group in a lighthearted start to the day that has seen the majority of the squad take part.

Liverpool have released footage of the first minutes of their latest session, which saw the squad sing happy birthday to Harvey Elliott, who celebrated his 17th on Saturday.

Before that, though, the squad welcomed each other to Zoom, with shouts of “Naby lad!” ringing around as the Reds all signed on.

Led by yoga instructor Dianne Atherton, the only players seemingly not in attendance were Trent Alexander-Arnold and Neco Williams, while others—especially father-of-two Dejan Lovren—clearly struggled with the early morning.

There was also rare sighting of Xherdan Shaqiri, who was in good spirits as the squad worked their way through a rendition of ‘Happy Birthday’ for Elliott in their native languages. 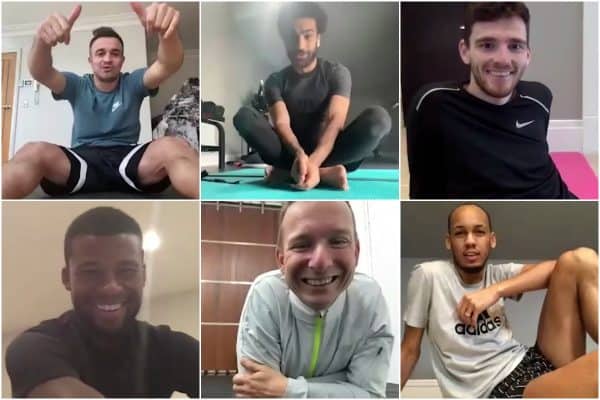 Virgil van Dijk‘s presence as a leader is clear, while Mane and Ox are among those to fuel the feel-good factor along with Gini Wijnaldum and—obviously a popular character—Keita.

A running joke in the Liverpool WhatsApp group is that Mane rarely trains, instead sending a ‘new’ photo every day, from a set taken all at the same time—which he laughs off.

Despite the lack of connection due to the UK’s lockdown, it is great to see the squad are still positive as they await the return of the Premier League.