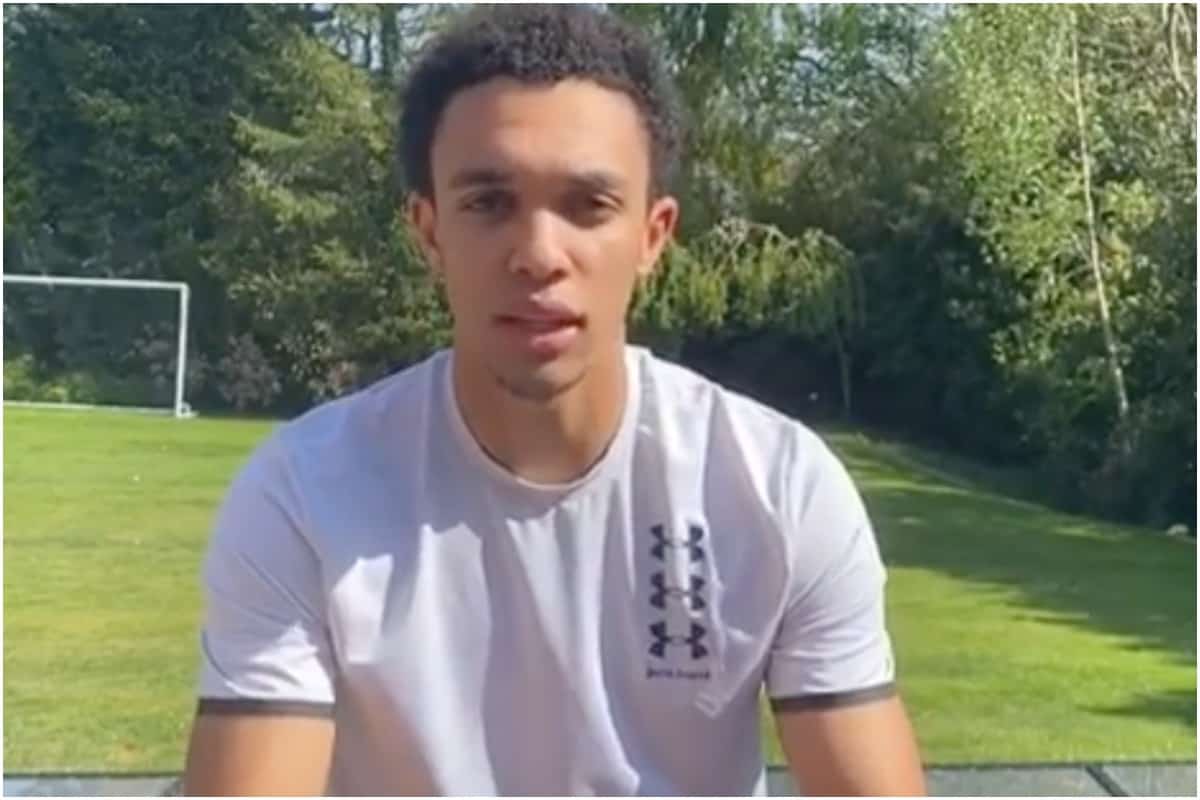 Trent Alexander-Arnold has teamed up with Under Armour to provide thousands of products to key workers at the Royal Liverpool Hospital.

The 21-year-old grew up in West Derby and has consistently given back to his local and wider community, long before he rose to prominence in Jurgen Klopp‘s side.

A supporter of the city’s foodbanks and an ambassador for An Hour For Others, a charitable organisation which encourages people and businesses to work together for social change.

And now Trent has teamed up with his sponsor Under Armour to provide more than 2,000 products for key workers at the Royal Liverpool Hospital as they continue to fight on the frontline during the coronavirus.

“As everyone knows I’m Liverpool through and through, and this city means everything to me,” he said in a post on his social media platforms.

This city means everything to me, so together with @UnderArmourUK, we're sending over 2000 products to the amazing key workers at @liverpoolhospitals ??? #ThroughThisTogether

“I’ve been so inspired by all the work the doctors, nurses and key workers are doing through this very difficult time.

“Together with Under Armour, it’s great to be able to give something back so we’re providing over 2,000 products to the amazing workers at the Royal Liverpool Hospital.

“We will get through this together.”

With the work being conducted on the frontline in the face of adversity like no other, it is another heartwarming gesture to be commended.

The acts of kindness and generosity to support the nation’s health and key workers and people in need across the world from the men in red has been nothing short of exemplary.

From Henderson leading the charge across the Premier League for the Players Together fund to Andy Robertson’s donations to a mental health charity and Sadio Mane and Mohamed Salah providing support to their home towns – and these are just the ones which have been publicised.