When Van Dijk announced he was to host a Q&A earlier in the day, it was guaranteed to be popular.

The Dutchman’s initial tweet received over 15,600 replies, including an early one from Carragher as he jokingly fished for a compliment from his centre-back successor:

What former @LFC defender in the @premierleague era did you base your game on?

And when it got underway, Van Dijk overlooked Carragher and opted—quite realistically—for Sami Hyypia as his Reds role model from the Premier League era:

Andy Robertson bore the brunt of Van Dijk’s jokes throughout, with the Scot labelled the worst dancer among the Liverpool squad:

Not sure who’s the best but I know the worst ? @andrewrobertso5

But true to form, Robbo provided the perfect response:

Van Dijk may understand the left-back due to his time in Glasgow with Celtic, but the same cannot be said of Alisson—according to our No. 4:

Elsewhere, Van Dijk was asked which of the opposition centre-backs from his career so far would he most like to line up alongside, and may have broken the rules to choose Gomez:

The relationship between Liverpool’s first-choice pairing is clearly strong, and the 22-year-old also got the backing of his fellow defender when asked how a 100m race between Jurgen Klopp‘s back four would play out:

Either Joe or me

One of the other highlights of Van Dijk’s Q&A was his favourite goal for the club so far:

Probably my goal against Man Utd

That bullet header at Anfield also seems to have been Van Dijk’s moment of the season so far, with the 28-year-old alluding to his brilliant celebration in front of the United fans: 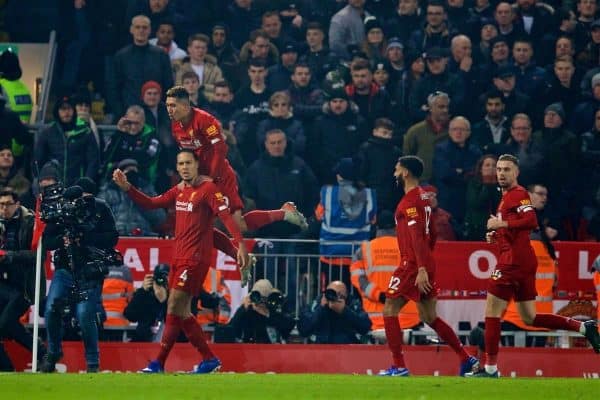 Van Dijk also discussed which of he and Trent Alexander-Arnold was the best free-kick taker and the standout moments of his career so far in a brilliant run of responses.

Here’s to more of these from Liverpool players during this testing period in lockdown.