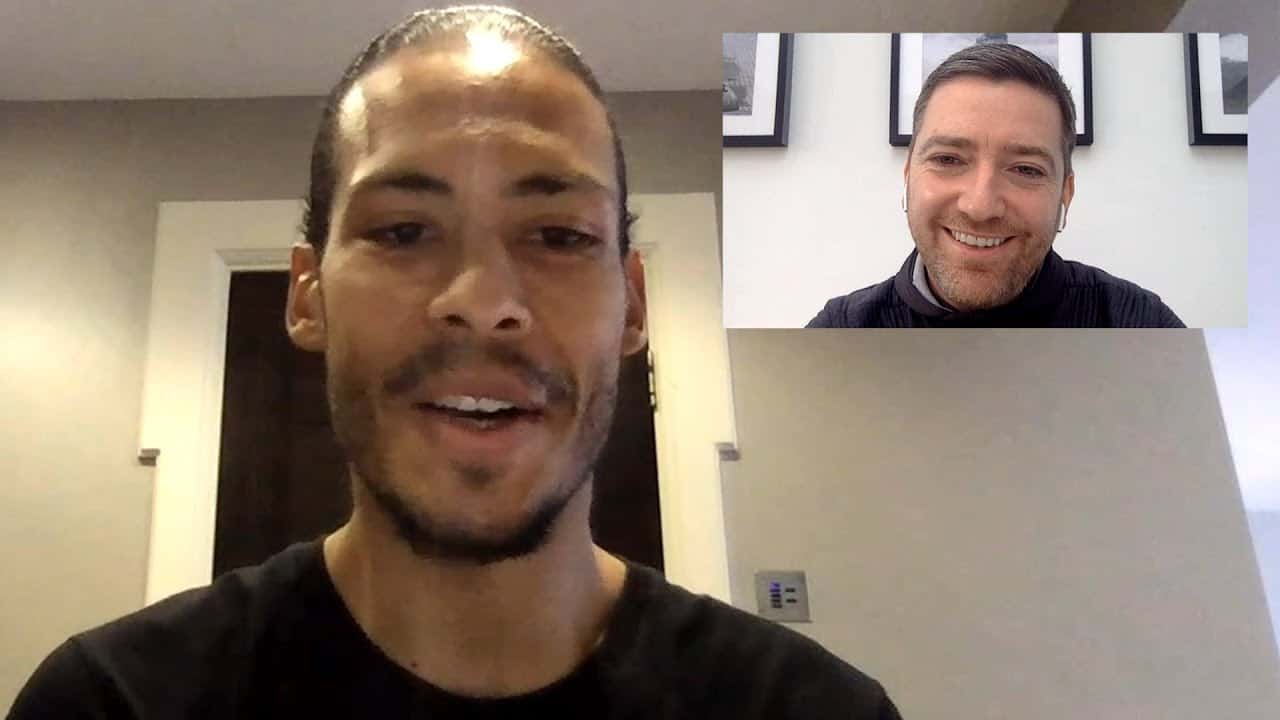 Liverpool centre-back Virgil van Dijk spoke to the club website via video call and had a message for the fans as well as revealing how virtual training sessions have been going.

With Melwood closed and players following government guidelines on essentially working from home, our third skipper has told of the challenges and the difference compared to normal times and detailed how recent video yoga classes have been well-received.

Van Dijk spoke of the “surreal” nature of the present situation, but reiterated that everyone’s safety has to be the priority and staying home remained the best way to achieve that.

The fitness team at Liverpool have clearly been busy devising different ways not just of maintaining individual levels, but also in trying to keep the group factor intact, rather than everyone working separately.

Of late, that has meant Zoom calls between Jurgen Klopp and his players for meetings and exercise sessions and Van Dijk says they are a great idea due to meeting many of the squads’ needs on a physical and mental level.

“The fitness department tried to set up some sessions that we can all do together through video call and I think that’s a good idea, to stick together again and see each other – see all of each other again. Apart from that you just do your running and try to do at least something every day.

“Every Monday, Wednesday and Friday we do a harder session to give your body what it needs because it can go quickly if you don’t do anything for quite a while. You have to be smart and you have to do the right things to keep your body on a certain level that you can kick on when it starts again.

“It was fun, to be fair. It was a good session and we’re obviously going to have more of them as well. I definitely need more yoga anyway, so it will benefit me!

“It was good to see each other again. We had a short meeting with the gaffer as well, listening to him and what he had to say.

“Those kinds of things help as well because everyone is in uncertainty at the moment, no-one knows what exactly is going to happen. But those sessions definitely help.”

Van Dijk revealed that he hasn’t watched any of Liverpool’s games back from this season, but had taken in one of his own matches from the very start of his career – playing right-back in Netherlands.

Like the rest of the country and most of the world, though, much of the players’ time is spent around the home and waiting for the situation to pass – which inevitably means lots of texts and chats on the phone.

Van Dijk says the characters in the squad means it’s a great way to stay in touch and everyone plays their part.

“The group chat is actually pretty lively, everyone is participating properly in it. It says a lot about our team, everyone is part of it, no-one is afraid to say something or try to be funny.

“Everyone is doing their bit basically and it’s good to see everyone is participating.”

Finally, the No. 4’s message to the fans is a simple one: we’re in it together and we must all do our part.

“We miss you guys as well, we miss being out there, we miss working hard every day and trying to get better and show our qualities to all of you.

“Just stay put, wait and see, that’s the only thing we can all do anyway. The most important thing is to stay safe and look after yourself, your family and the people that are close to you.”