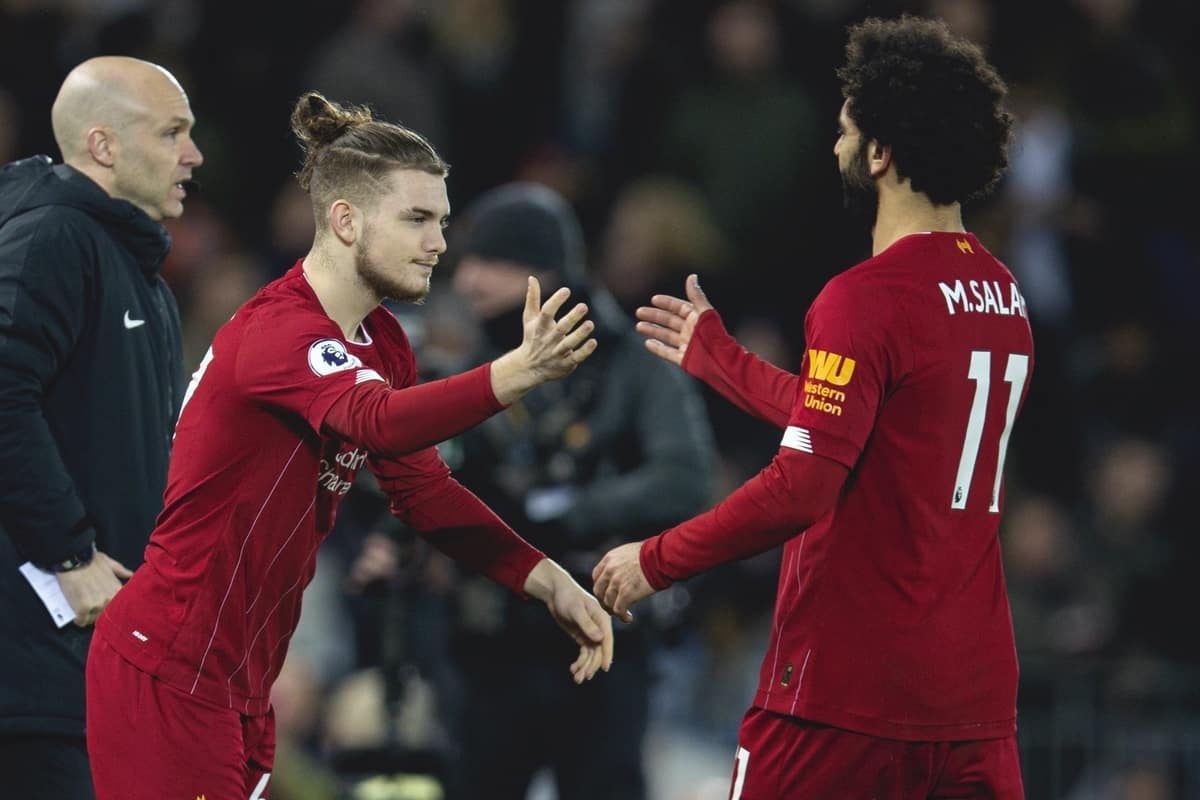 Joining a world-class side like Liverpool has ensured no shortage of role models for Harvey Elliott, and the teenager believes Mohamed Salah is the perfect example.

Elliott has previously detailed how James Milner and Adam Lallana set the standard for him in terms of his work ethic and professionalism off the pitch, but neither are quite in his position.

As the 17-year-old vies for a place in Jurgen Klopp‘s side in the future it will be the likes of Salah and Sadio Mane he will be hoping to supplant.

And in his first season with the Reds, in which he has almost exclusively trained with the senior squad, Elliott has attempted to act as a sponge whenever he is in the Egyptian’s company.

“I think for us young players, training with these players is very inspirational for us,” he explained in an interview for COPA90.

“I find it as motivation, to be honest. I just think to myself if I put the work and effort that they put in and even more, I could get to where they are.

“As young kids you idolise players, and Salah is a player that I look at and want to be like him.

“I look at everything he does in the gym, training and note it all down. So when I go into training I just try to build my game around him.

“To have that front three, training with them, you learn so much bit by bit, every single day, which obviously helps us young players and helps the whole team really.

“Because even for the defenders as well, coming up against arguably one of the best front threes in the world right now, they just help everyone really.”

Elliott revealed he attended his first Liverpool game as a two-year-old, and has been told his “face lit up” when he arrived at Anfield—a feeling he experienced again upon joining the Reds.

He has already made seven appearances this season, including a Premier League debut in January, and could feature again before the campaign’s end, particularly if the title is tied up early.

But the winger is not aiming too high when it comes to objectives next term, simply setting his sights on continuing his steady progress as he ultimately eyes a long, successful career on Merseyside.

“So be on the bench, hopefully get a couple of games here and there. I’ve set that as a target for next year, I’d say.

“But I think my overall goal is to win everything at the club.

“So I just take it bit by bit, then once I’ve achieved something I want to move on to something higher and more challenging. I just like to push myself really.”