Jordan Henderson was left in no doubt that the Premier League would not be declared ‘null and void’ after its suspension in mid-March, as “it needed finishing.”

The Premier League is set to return on June 17, 96 days after the competition was postponed and left Liverpool in a six-point limbo in their charge for the title.

The Reds’ last top-flight fixture came against Bournemouth on March 7, where they could have officially been crowned champions without kicking a ball by the time they met Everton on March 16.

Cries for the campaign to be declared ‘null and void’ made the rounds but the argument never held validity and with the top-flight ramping up for its return, the Liverpool skipper, when speaking to talkSPORT, insisted he was not worried that the Reds’ historic season would be wiped from the record books.

“Not really,” Henderson replied when asked about the issue. “I think obviously for us we still think we’ve got work to do, and we have. We’ve got nine games left and we want to win as many of them as possible. 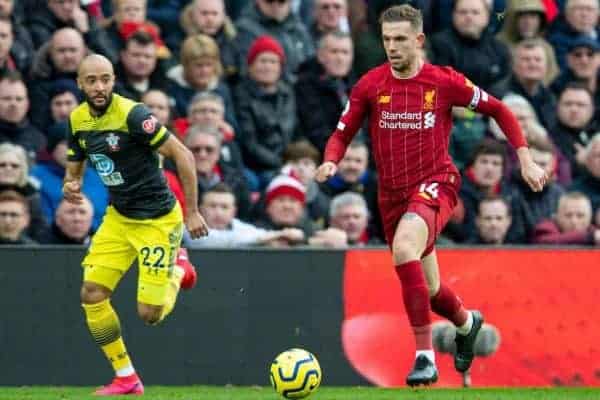 “And that was all our focus was on really in terms of just wanting to get back and waiting for the right time to go back.

“I was always under the impression that, not only for us but for the rest of the league, it needed finishing at some point.”

Liverpool, like the rest of the Premier League, have been back in training for over a week, but were only given the go-ahead for full-contact training on Wednesday.

The process to start small and work up to group training has proven to be a success for Henderson and Co. as it allowed players to ease back into training and Melwood, with all its changes, after a nine-week absence.

But the social interaction which has come with the return to a degree of ‘normalcy’ has been just as important.

“We’re all back training now, so we’ve been working hard. It’s been good to get back, get some good sessions in,” the skipper added. 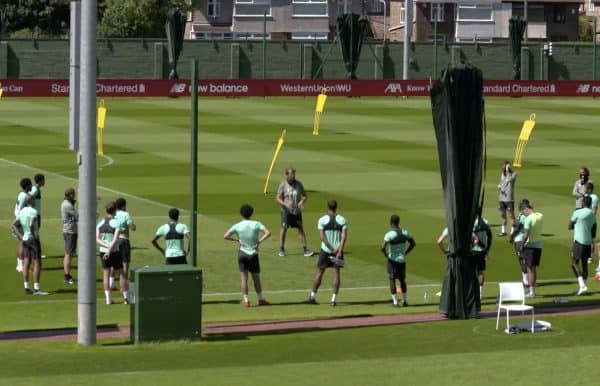 “At first it was in small groups for the first week, which actually was quite good. It sort of eased us back in again, a little bit of light training, some decent sessions.

“And then obviously we went into the bigger group now and full-contact training, so that’s been really good. That’s been brilliant, just being back and obviously training.

“Seeing the lads on a day-to-day basis again and just having that banter.

“You do miss it, so it’s nice to be back and hopefully we can just continue like this until the games get played again.”

The Reds are set to meet Everton at Goodison Park upon their return, with neutral venues expected to be overlooked after receiving backing from the Government and Merseyside police.