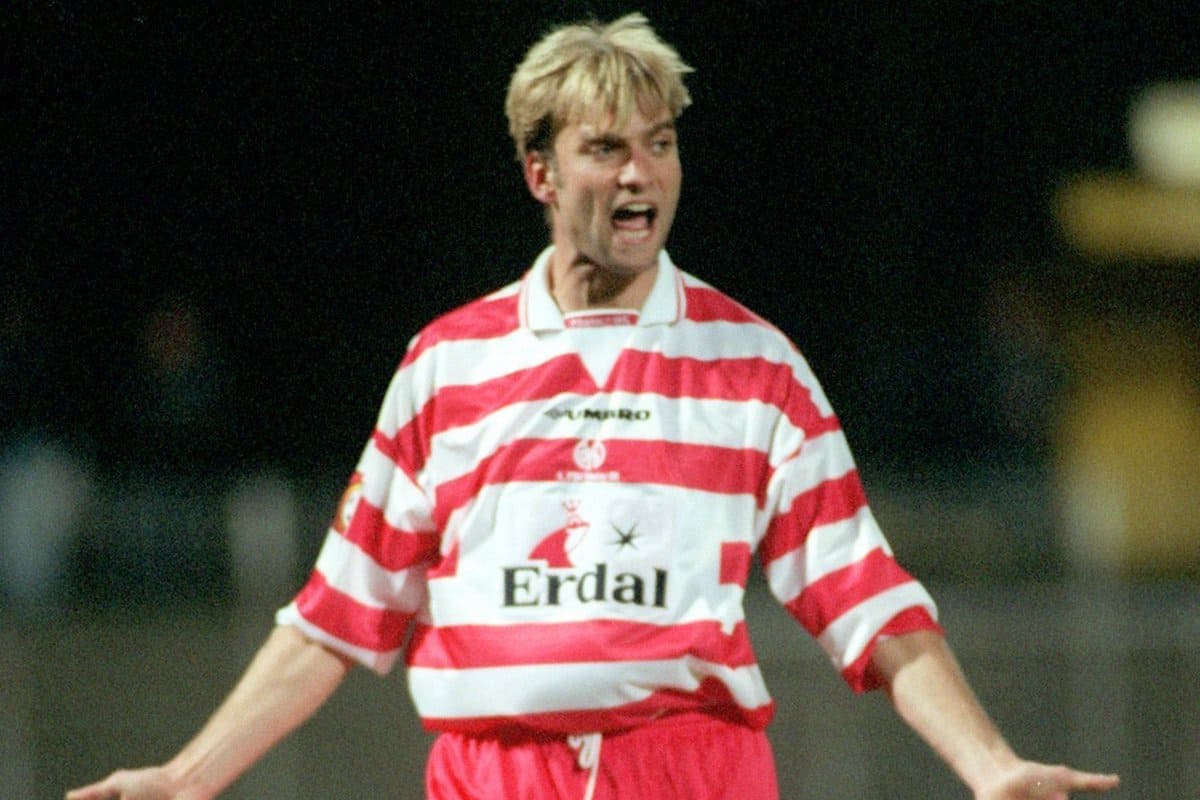 During his years as a player, Jurgen Klopp wore the No. 4, and the Liverpool manager has revealed his decision to choose it was inspired by a former VfB Stuttgart player.

Klopp spent 11 years with Mainz as a player before retiring in 2001, at the age of 33, to take over as their manager following the departure of Eckhard Krautzun.

Born in Stuttgart, he came through the youth ranks at SV Glatten in the 1970s, beginning his career as a striker—only later, in 1995, did he switch to his defensive role.

That made his decision to take the No. 4 shirt at Mainz somewhat unorthodox, as those around him opted for numbers that traditionally suited their roles.

But as Klopp explained in an interview with freekickerz, he was inspired by his favourite player as a youngster, Stuttgart defender Karlheinz Forster.

“My role model was always a player from VfB Stuttgart, because I was a supporter,” he recalled.

“Most people around that time were Bayern or Schalke fans, but I always supported VfB.

“Then when I was at Mainz as a player, each player could choose his number. Most made it equal to their position; I was a striker and chose the No. 4, because of Karlheinz Forster. He was my idol!

“Then I was forced into being a defender later, which was a better fit for my number, of course.

“I had always been a striker, but suddenly one coach told me that I’m a defender now.”

Growing up in the ’70s, Klopp’s experience of watching football was much different to that of today, when supporters have unparalleled access to the players on and off the pitch.

“It was a time before social media, so instead you saw things that were right around you,” he continued.

“The 1974 World Cup (which the hosts, West Germany, won) was the first one I watched, as I was seven years old then. So they were all my heroes.”

Forster was not in that squad, of course, having begun his senior career in 1977, but he was part of the West Germany side that won the Euros in 1980 and reached the World Cup finals in 1982 and 1986.

Klopp remains a big fan of a player who was named German Footballer of the Year in 1984, after winning the Bundesliga with Stuttgart—so much so that he still has his shirt from that year.

“As a 40th birthday present I was given the original champion shirt from ’84 with the No. 4 of Forster—at that time there were no names on the shirts,” he revealed.

“So I have his shirt at home now, that’s really awesome.”

Forster retired in 1990, after a spell with Marseille, and now operates as an agent—with his clients including Timo Werner.