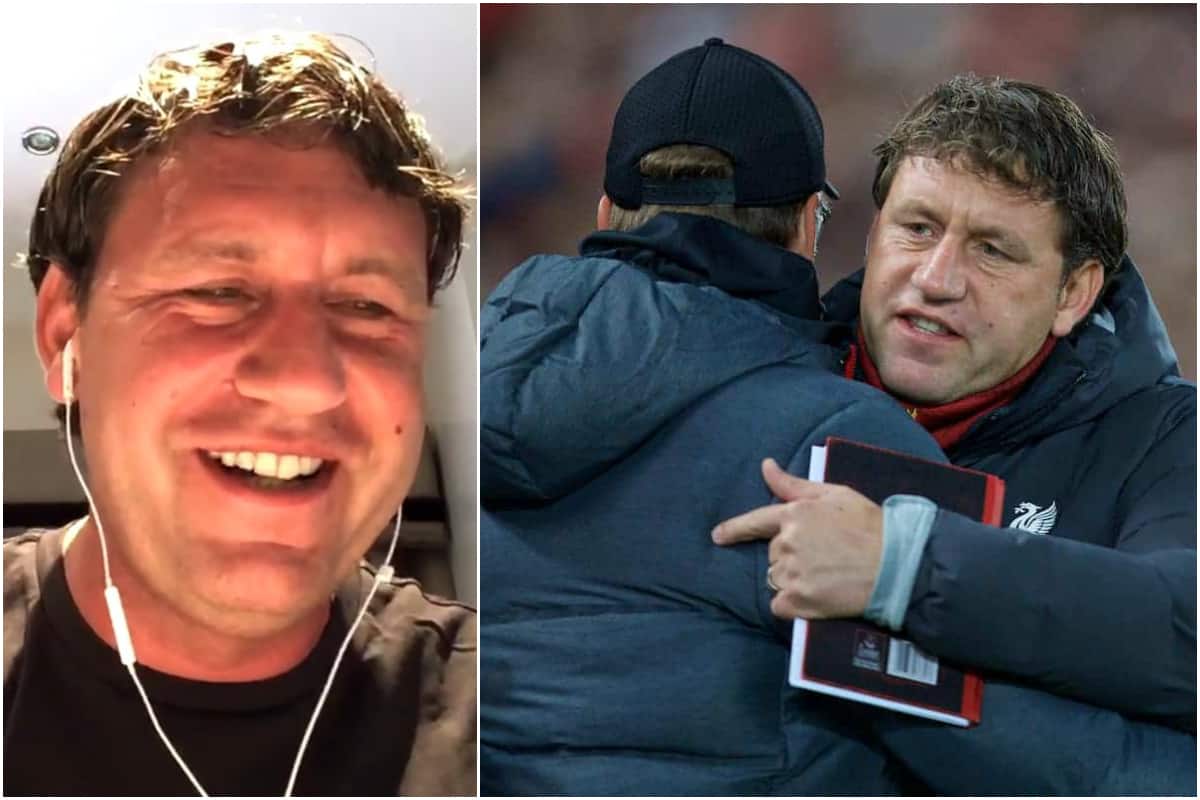 Peter Krawietz, Jurgen Klopp‘s long-serving assistant, has explained his early caution over joining Liverpool in 2015, and how he was quickly convinced to make the move.

Krawietz has worked with Klopp since their days together at Mainz, and followed the manager to Borussia Dortmund in 2008, where they spent seven years along with Zeljko Buvac.

The trio all left Dortmund at the same time, at the end of the 2014/15 campaign, with the intention to take a lengthy sabbatical before moving on to their next club.

But the interest of Liverpool, in the final days of Brendan Rodgers’ reign, prompted Klopp into a swift rethink, which saw him try to convince his ‘eye’ and ‘brain’ to join him on Merseyside.

Speaking to LFCTV, Krawietz admitted he initially thought the decision was “crazy,” but explained how Klopp “convinced me pretty quick.”

“I was silly to believe that we really would have a one-year break!” he joked.

“I had plans—I moved from Dortmund to Mainz, my hometown, I put my boy into school.

“We really used the time in the summer to travel from Spain to Greece, to here, to there. I made plans for a big birthday party in December and so on.

“And then this call came, ‘listen, interesting idea—Liverpool is calling.’

“I didn’t jump from the sofa immediately and say, ‘OK, where’s my suitcase? Let’s go’. I was, ‘I have to think about it, I have to tell my wife as well!’

“But pretty soon it was clear—Liverpool, massive club, England and the Premier League, massive challenge. He convinced me pretty quick.

“It took me one, two, three hours for me to think about, to realise, ‘no break anymore, no holiday anymore. We have to go, we should go, we can go, we are allowed to go’.”

Krawietz has clearly settled well at Liverpool, and unlike Buvac his association with Klopp has remained, while adding the likes of Pepijn Lijnders and Andreas Kornmayer to their tight-knit group.

In the interview—in which he reveals he was “too slow” to be a professional footballer and how he highlighted Klopp as being too quiet in his days analysing him as a player—the German details his role along with Lijnders.

“Pep prepares training sessions, and I’m the part who is thinking about our game constantly,” he said.

“So preparing the next game is the main part. What we can expect, what we have to do, what are our solutions.

“We want to be pretty precise, and want to show our players pretty much exactly what will be our solutions for the next game.

“This keeps you busy, I will tell you, if you do it in the right way! You watch a lot of football, and of course without support I couldn’t handle and deal with all the information which is necessary.

“So it’s a lot of information to deal with, and I’m something like the filter.”

It is rare that we hear Krawietz speak, but he is clearly an insightful presence at Liverpool, whose sense of humour meshes well with the rest of Klopp’s backroom staff.

His role as “the filter” certainly works, as he has helped transform the Reds into world, European and soon-to-be Premier League champions.