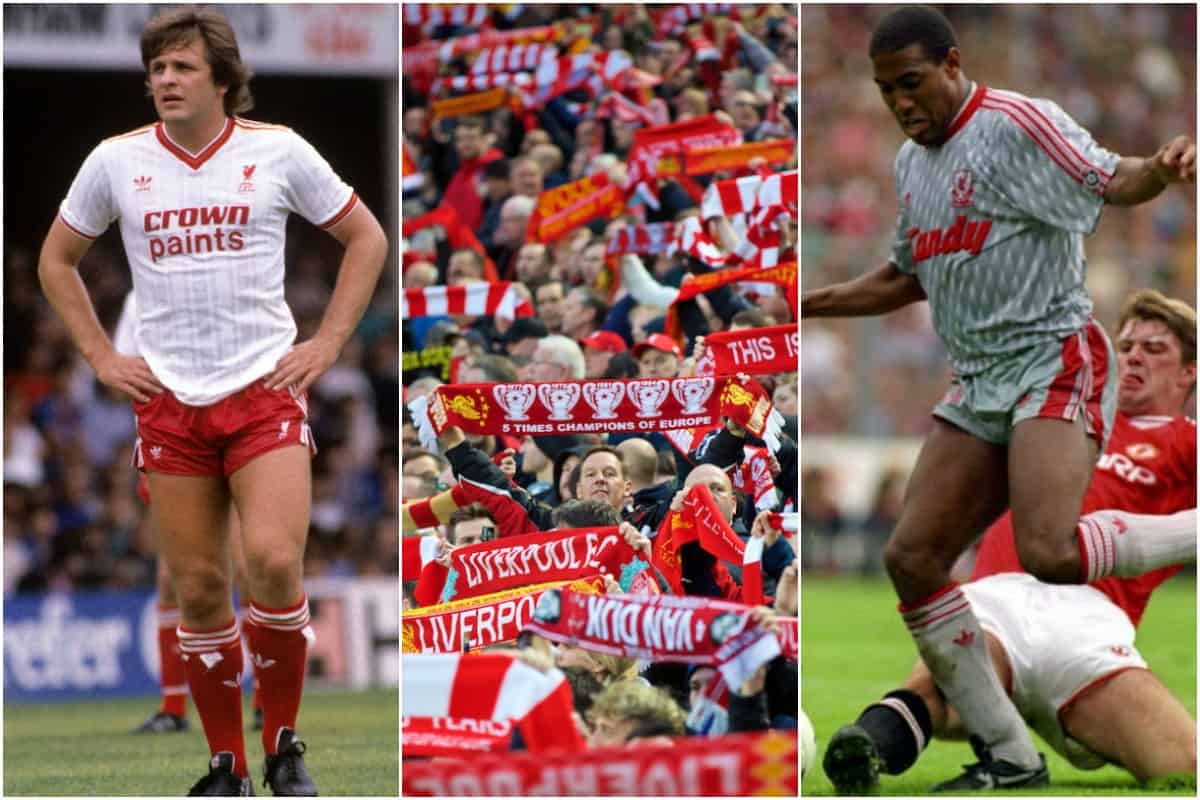 We presented 10 of Liverpool best away kits over the last 40 years earlier this week – but which kit did fans determine took the crown?

Liverpool have had a myriad of stunning away kits over the years, from pinstripes to ecru, bold citrus and everything in between, there will be at least one kit which hits the mark for you as a fan.

For some, kits find new meaning and significance at the conclusion of a season or years down the road based on the performances and success of the men in red.

We whittled down Liverpool’s away kits and gave you 12 options before asking you to identify your top three, and since then This Is Anfield readers have been casting their votes.

A total of 10,780 votes were cast and while little separated the field, three clear winners were able to be identified – with white and grey emerging as the fan favourite colours for the away strip. 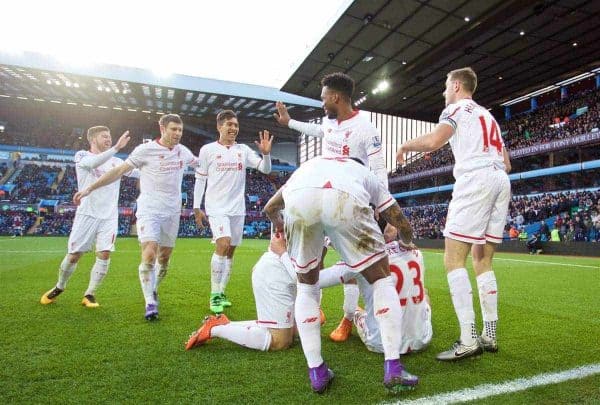 Taking third-place and the bronze medal was the 2015/16 white with red trimmings New Balance kit after receiving 11 percent of the vote.

The past had inspired the design with the white and red combination dating back to 1900, where Liverpool won their first league title in 1900/01.

The kit had two competitive outings under Brendan Rodgers before Jurgen Klopp arrived, one of which may be best remembered by Christian Benteke’s stunning overhead kick in a 3-1 defeat at Old Trafford.

Klopp’s men would take to the field seven times in their away strip, with a 6-0 win at Aston Villa taking the crown as its best outing. 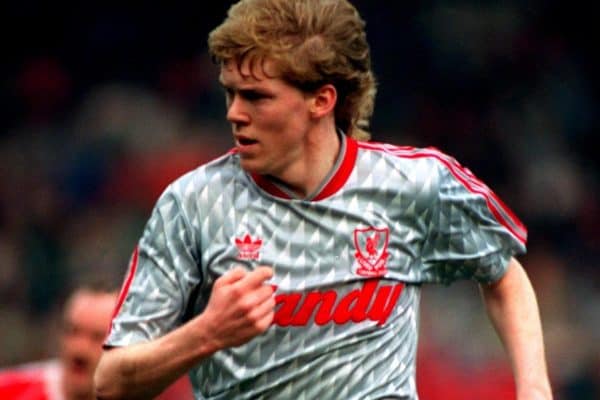 In second place, with 12.6 percent of the vote, was the 1989-91 Adidas grey kit with a classic design and the famous Candy sponsor – worn during Liverpool’s last league title triumph.

The grey and red pairing with the classic Adidas logo is a dream made in heaven and instantly takes you back in time.

As David Lee Jones commented on This Is Anfield’s Facebook page: “The 89-91 for me, one of my earliest memories of supporting Liverpool was John Barnes scoring twice in the 2-1 win at Old Toilet in that kit.”

Iconic is the word and it is certainly deserving of its place inside the top three, with Kenny Dalglish overseeing the squad and both Ian Rush and John Barnes seemingly finding the net at will throughout both seasons it was in place. 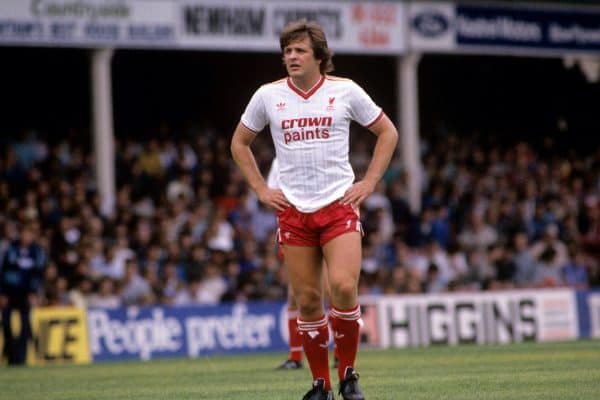 And taking gold is Liverpool’s 1985/86 white Crown Paints kit as modelled by Jan Molby after accumulating 13.7 percent of the vote.

It was Kenny Dalglish’s first season as player-manager, with the Reds clinching a domestic double of the league title and the FA Cup, continuing the era of unparalleled success.

Meaning the kit was one of significance for Richard Alexander, who commented: “The crown paints one worn by Jan Molby, a classic kit that reminds me so much of the glory days from the ’80’s.” 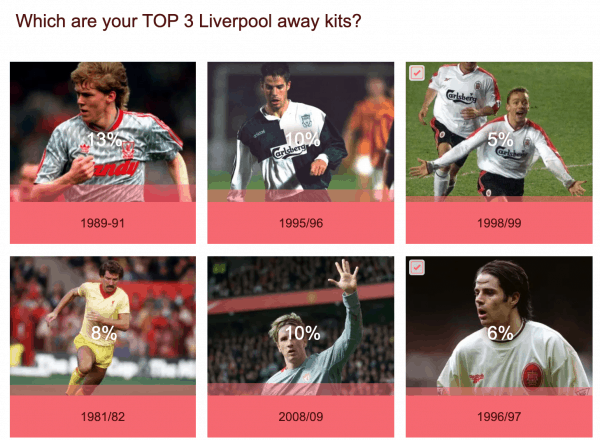 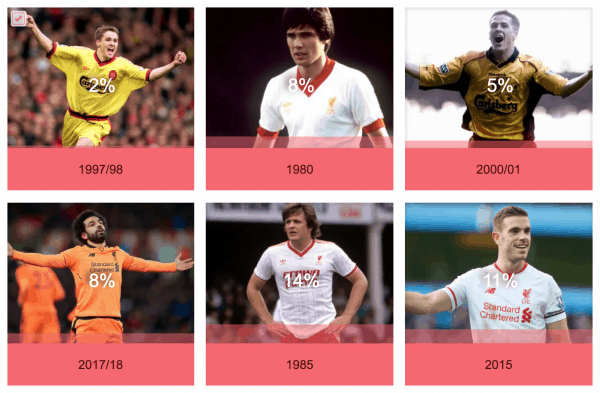 It means two traditional white and red kits sit in the top three, where even the 1980 edition by Umbro came in at seventh (8.4 percent).

Overall, a deserving top three and while opinions will vary it is clear to see what Reds around the world appreciate in their kits when Liverpool are on the road.

With countless away kits to choose from, both from our top ten list and beyond, fans shared their favourites and the associated memories on both TIA’s Twitter and Facebook, but be sure to look out for more as we turn our attention to the best home kits over the coming week.