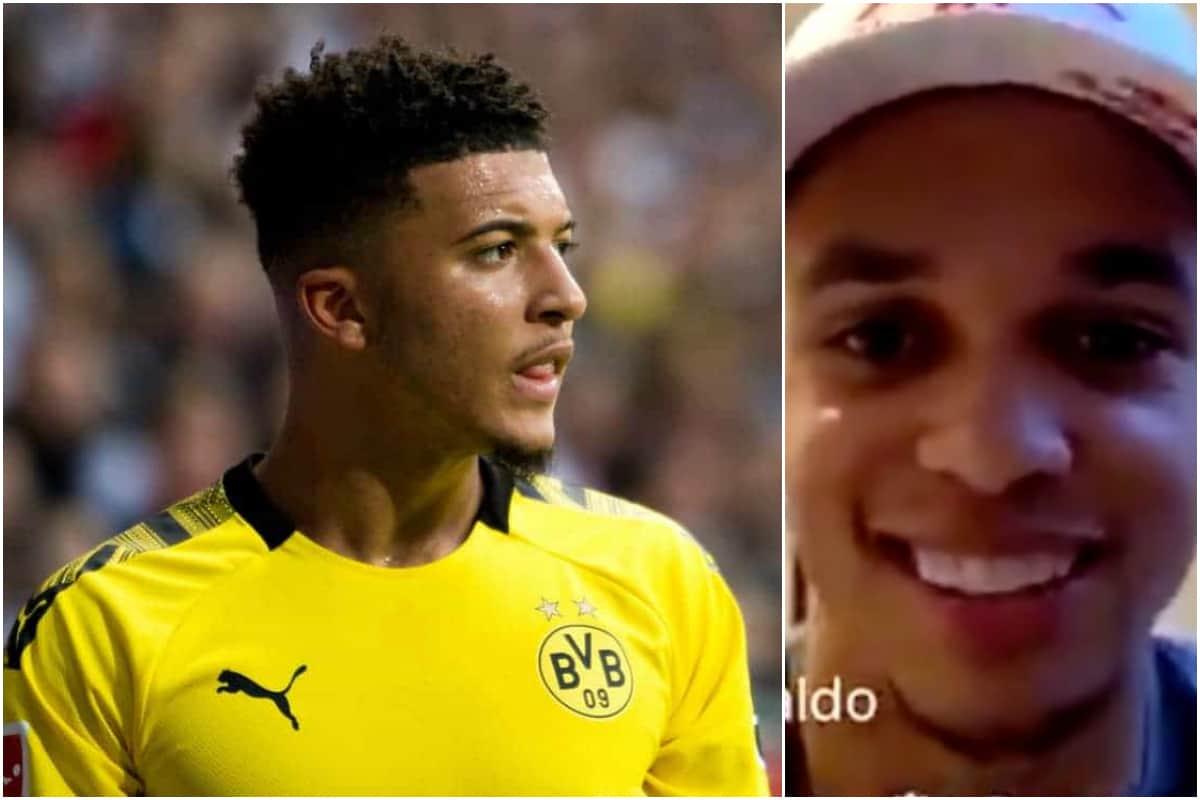 Sancho has been regularly linked with Liverpool in recent months, with Jurgen Klopp failing in an attempt to bring him to Merseyside back in 2017, when he left Man City.

The manager has not been reluctant to praise the 20-year-old in the past, which has only fuelled talk over a possible switch to Anfield further.

Recent reports have suggested Dortmund will demand a €100 million fee for Sancho in the next transfer window, which could be viewed as an obscene outlay given the current landscape of the world.

But regardless of the feasibility of a deal, Alexander-Arnold has welcomed the prospect of playing with his fellow youngster at club level.

Speaking to comedian Michael Dapaah on Instagram Live on Thursday night, the right-back praised Sancho as a “special talent” and said he would be “more than happy for him to come” to Liverpool.

“If he came to us he’d make our team better, so I’d be more than happy for him to come,” Alexander-Arnold explained.

Sancho responded in the comments with four eye emojis, which sparked deeper speculation over a prospective move—in a strange reflection on how modern transfer rumours circulate.

The difficulty in a deal for Sancho—beyond the finances—would be finding an immediate place for the Englishman in the starting lineup, with his favoured position being on the right flank, as with Mohamed Salah.

Neither Salah or Sadio Mane should relinquish their place in the side, nor Roberto Firmino up front, which suggests accommodating another natural winger would prove a tough task.

Klopp could switch to a 4-2-3-1 formation, of course—as has been mooted with the expected arrival of Timo Werner from RB Leipzig—but that would sacrifice a midfielder and, in turn, some of the stability the Reds enjoy.

There is a case to argue that Liverpool have required more depth in attack throughout Klopp’s reign, and that acquiring a talent of Sancho’s calibre and potential to rotate with the likes of Salah and Mane would be a step forward.

Alexander-Arnold would clearly welcome this, particularly as they would likely link up on the right flank, but whether a deal is realistic at this stage—particularly post-pandemic—is another debate.