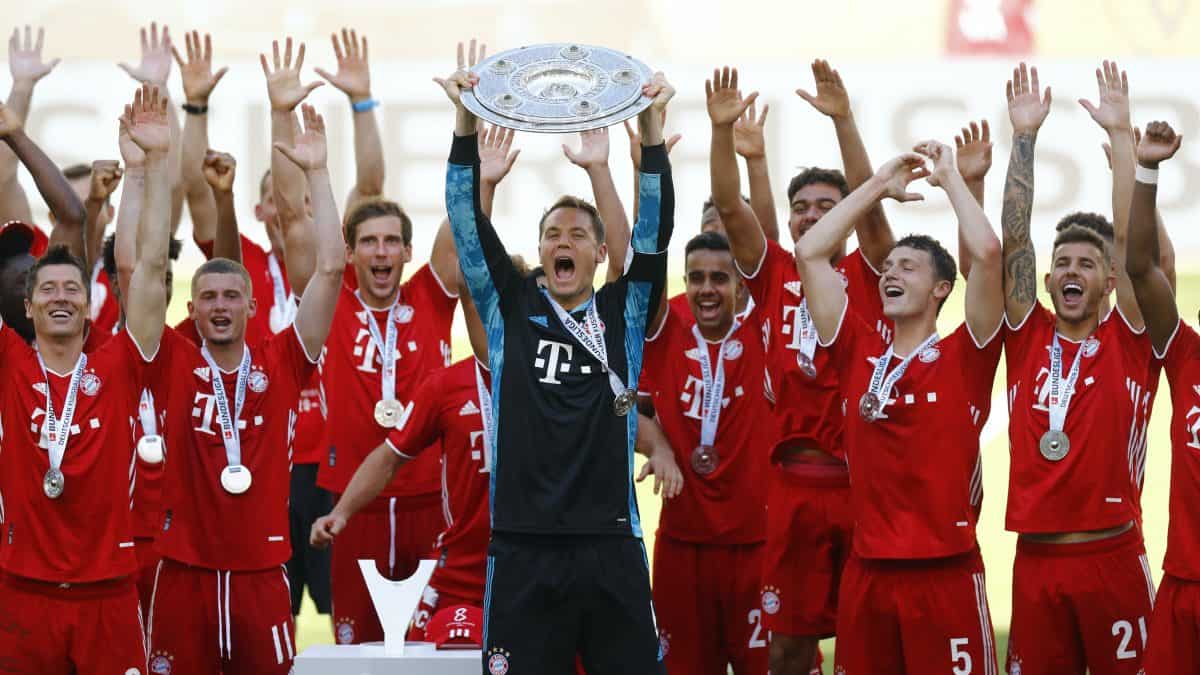 Liverpool confirmed their status as Premier League champions on Thursday night and will celebrate with the trophy soon—so how have another of Europe’s biggest teams enjoyed their own success?

Bayern Munich won the German Bundesliga for an eighth successive season in 2019/20 and celebrated the latest triumph on Saturday, the final day of the season.

Usually, of course, league trophy celebrations would take place in front of a raucous and appreciative home crowd, but that can’t be the case this year.

Previously we’ve seen how Salzburg in Austria, and Napoli with their Coppa Italia win, took different approaches to combatting the lack of supporters, the social distancing rules and general lack of atmopshere.

And now Bayern provide a third example, with the squad in close proximity for the initial lift and then entertaining both themselves and the club’s hierarchy with individual moments with the shield afterward.

It was also a chance for Robert Lewandowski to celebrate with his team-mates, having been awarded the top goalscorer trophy yet again.

Other notable scenes saw noted joker Thomas Muller play cameraman, former Red Philippe Coutinho at last getting his own hands on a title trophy and Lucas Hernandez playing a trick on his team-mates with the timing of his own lift.

Bayern’s own Instagram account also provided a nice montage, providing a reminder that with each success also comes the expectation to keep it going the following year.

That ties in with the both old Liverpool mentality—Ronnie Moran dishing out medals and telling players to get ready to do it all again next season—and the new, with Tom Werner recently speaking out about the desire to make this a period of “sustained success” for the Reds.

Liverpool will receive the Premier League trophy for their final home match, against Chelsea on 18 July.

Then it will be the turn of Jordan Henderson to perform perhaps one of the most memorable tap-dancing, anticipation-building, delirium-inducing trophy lifts of all.