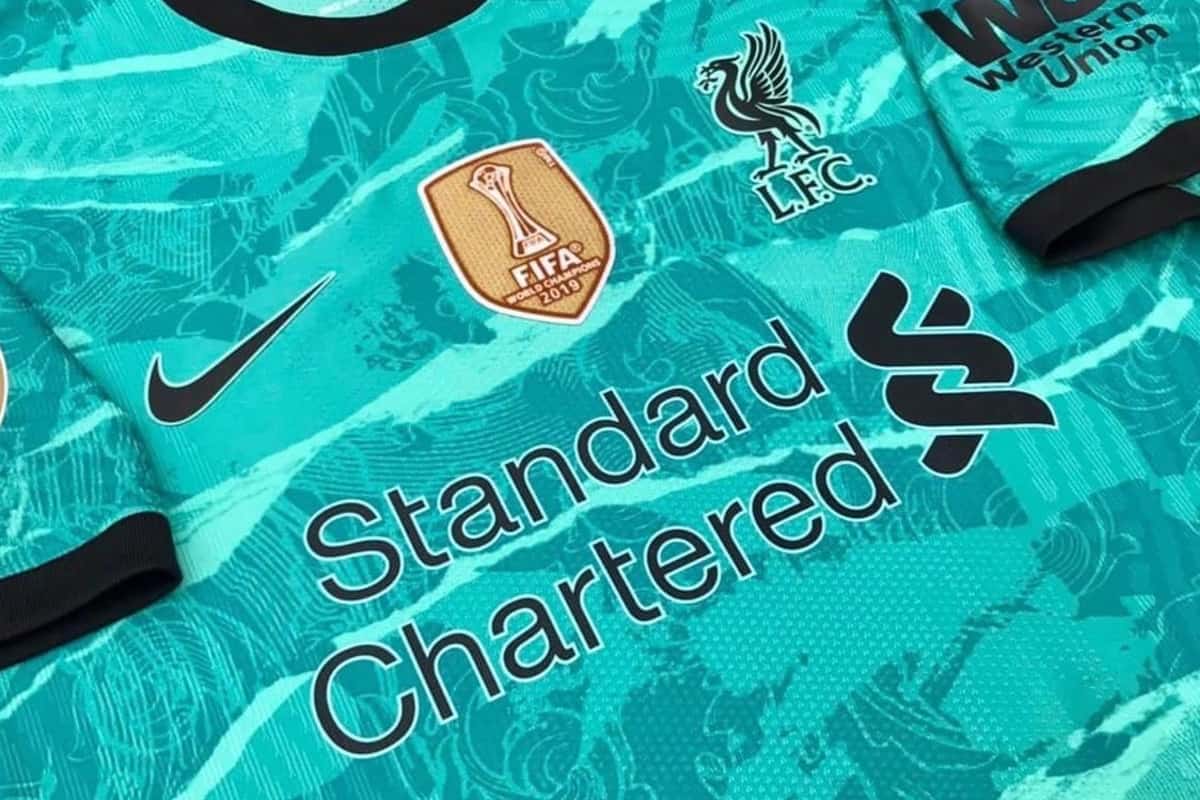 Ahead of Nike’s official kit launch for their first campaign supplying Liverpool, in-depth images have leaked of the 2020/21 away shirt that could divide fans’ opinion.

The Reds will wear ‘hyper turquoise’ on the road next season, in a departure from the white kits they have been wearing in their final run with New Balance this time out.

Nike made a good-will agreement with Liverpool and their current suppliers that they would finish the delayed season wearing their current kits, with an unveiling now set for August 1.

It is the first time the Reds have worn Nike kits, and the American manufacturer’s first contributions have proved eye-catching so far.

Back in March, the first glimpse of the ‘hyper turquoise’ away shirt was leaked, featuring an abstract print seemingly inspired by the Liverbirds adorning the Royal Liver Building in the city.

Now, as was the case with the home kit in April, new images of the shirt have been made available by Twitter user @theberry_jersey, appearing to be an advance copy of a player issue shirt:

The shirt is complete with Premier League and Club World Cup champions badges on the arms and chest, with Mohamed Salah‘s name and number on the back.

A striking ‘hyper turquoise’ colouring is accented by a bold black for the collar, cuffs and detailing, with a round collar marking a difference to the home kit, which features an overlapping ‘V’ neck.

Liverpool’s deal with Nike is worth a basic £30 million per season, but is expected to be the most lucrative in the club’s history due to royalties and the distribution of their new supplier

In January, it was predicted that this could earn the Reds around £100 million per season, which would be just shy of Real Madrid’s world-record £110 million deal with Adidas.

However, it is unclear how the financial impact of the coronavirus pandemic will affect this, as sales of new kits could feasibly drop worldwide.