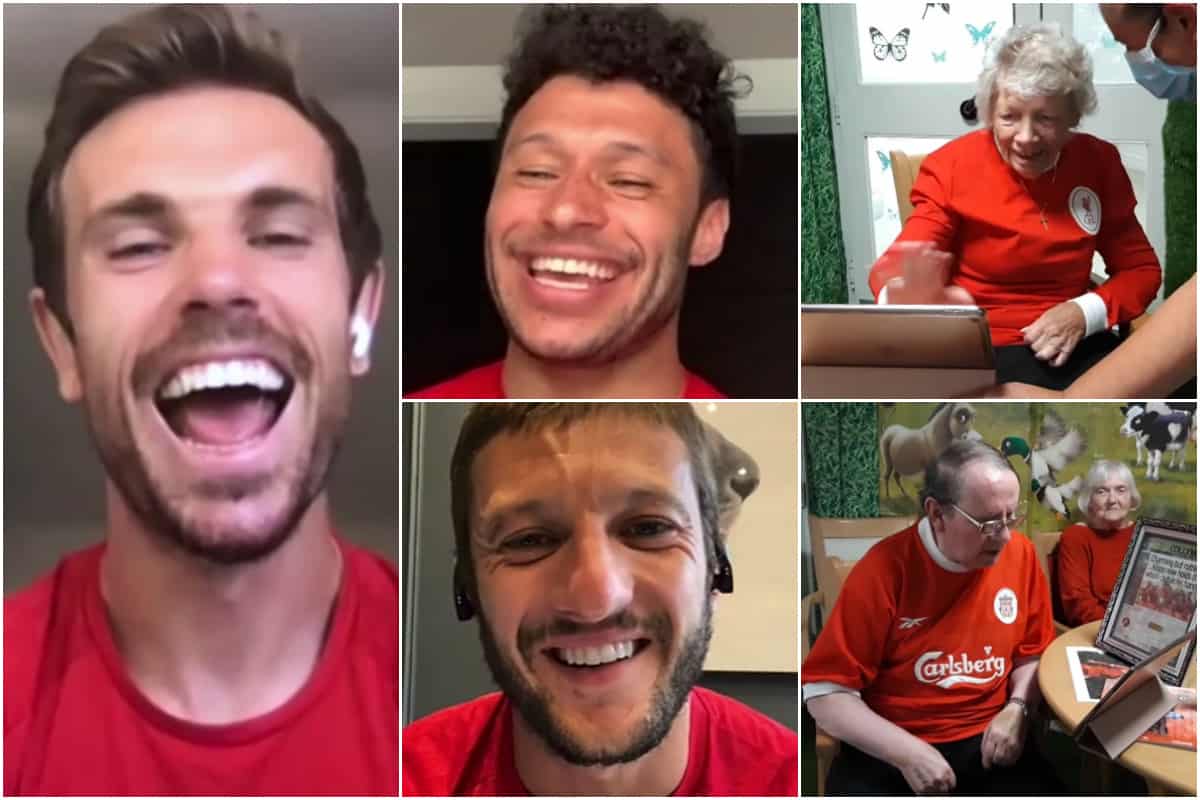 Jordan Henderson, Alex Oxlade-Chamberlain and Adam Lallana have all spoken to care home residents in the Liverpool area, to lift spirits during a tough time in isolation.

Those living and working in care homes have been among those most affected by the coronavirus pandemic, with the vulnerable communities left in isolation and struggling with health.

It has been over three months since some have seen their family members due to restrictions on visiting and contact, which will have taken an emotional toll.

While it is only a small gesture in the grand scheme of things, Nivea donated iPads to residents in the Simonsfield, Breckside Park and Roxburgh House care homes on Merseyside in order to help them speak to their loved ones.

And as part of Liverpool’s partnership with the company, Henderson, Oxlade-Chamberlain and Lallana were all on the other end of Zoom calls with residents.

Lallana’s story is particularly poignant, having grown up in the care home his parents opened in Bournemouth, and he explained how he has “amazing memories” of the time, and “sad ones as well.”

“Me, my mum, my dad and my sister lived on the top floor of the care home for the first four or five years, with between 15 and 20 residents,” he said.

“I’ve got amazing memories, sad ones as well because you’d get to know them and then they’d pass away.

“It’s a big part of our family, really.”

Debbie, who works at Roxburgh House, told Oxlade-Chamberlain it has been a “really traumatic time,” as residents have been unable to see their families and some have lost their lives, and the midfielder explained how his grandad is in a similar situation.

Henderson spoke to Simonsfield resident Ron, who told him his favourite Liverpool player was Roger Hunt, and the captain also surprised one of the care home’s Everton-supporting workers.

The conversations between the players and those both working and living in the care homes sheds a light into the challenges they have faced in lockdown.

And it is another example of the genuine warmth from the Liverpool squad, who have been committed to supporting the local community during a particularly difficult period.