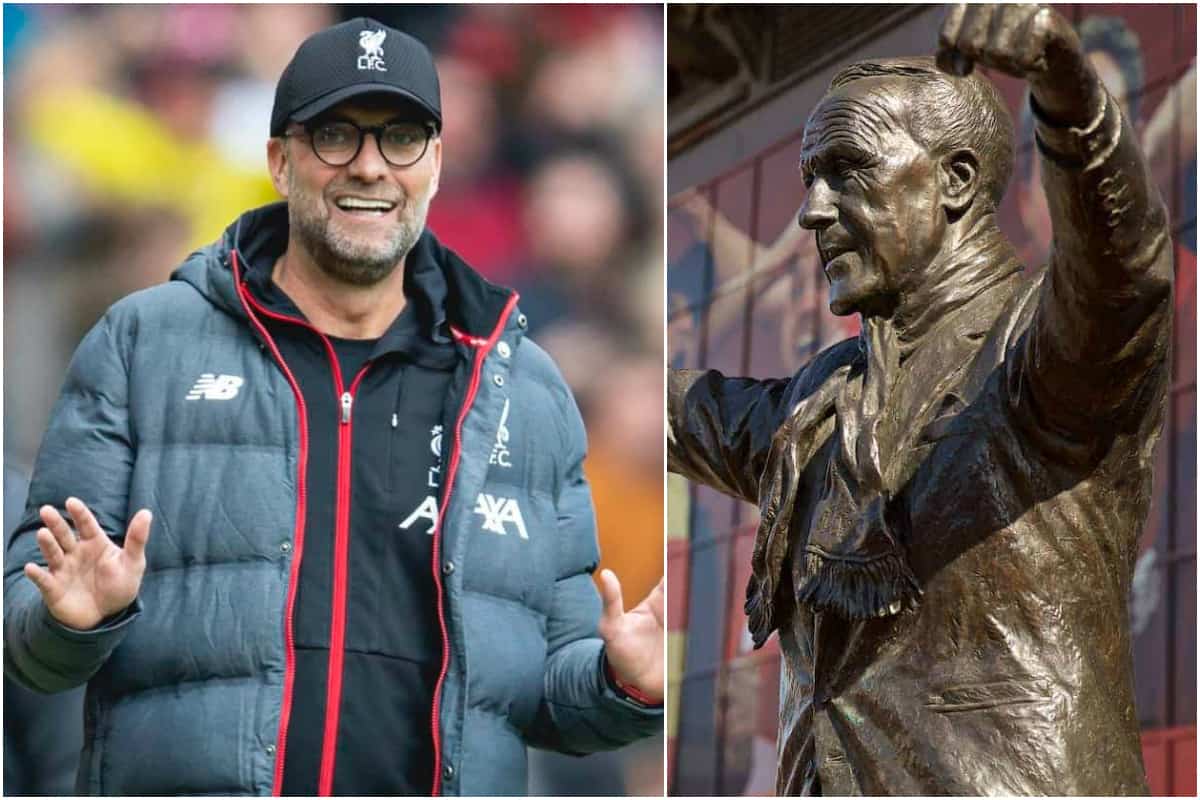 Jurgen Klopp has insisted a statute to commemorate his success as Liverpool manager is “not needed” as he paid tribute to the legends which came before him.

The boss became the first Liverpool manager to win the Premier League and the first to lead his side to a league title in 30 years and as such has cemented his name in club folklore, not that it hadn’t already.

Such is his status with the Reds, calls for a statue to celebrate all he has done for the club since arriving in 2015 have grown in number.

Bill Shankly and Bob Paisley have already been honoured at Anfield alongside founder John Houlding, while Sir Kenny Dalglish has his own stand – and former captain and Liverpool legend Steven Gerrard recently spoke of his desire to see Klopp with his own.

“He deserves to be mentioned in the same breath as those iconic managers,” Gerrard explained.

When asked in a special press conference to commemorate the title the boss was his usual down to earth self as he insisted he was “not interested” in a statue as he instead shone the light back on the people who made it possible for him to lead the club to where it is now.

“They all got that when they were already not here anymore. People can do that but I still want to live for 30, 40 years, but I’m not interested in statues!” Klopp said. 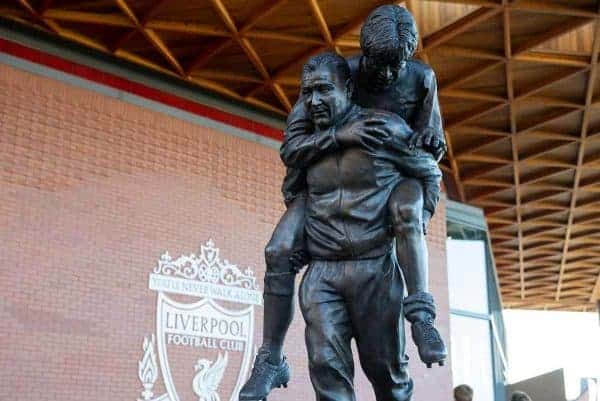 “I’m the manager of this team and we won the league, people see this pretty positively obviously and I am pretty positive about that as well but we don’t have to compare me with these iconic figures.

“I don’t know exactly how long Bill Shankly was at the club but what he did where he picked the club up from the Second Division and then Bob [Pasiley] was his assistant and won pretty much everything.

“And Kenny played for this club, became the manager, player-manager and was immediately successful as a manager which is incredible – so from my point of view there is no comparison possible.

“I am here since four-and-a-half years ago, came from Germany over here and tried to do my job. I love the city, love the club, yes that’s true, but there’s no comparison possible and especially not needed.”

A humble response and one which epitomises Klopp, but whether in the near future or in the years to come you would expect the boss to be honoured alongside those who came before him.