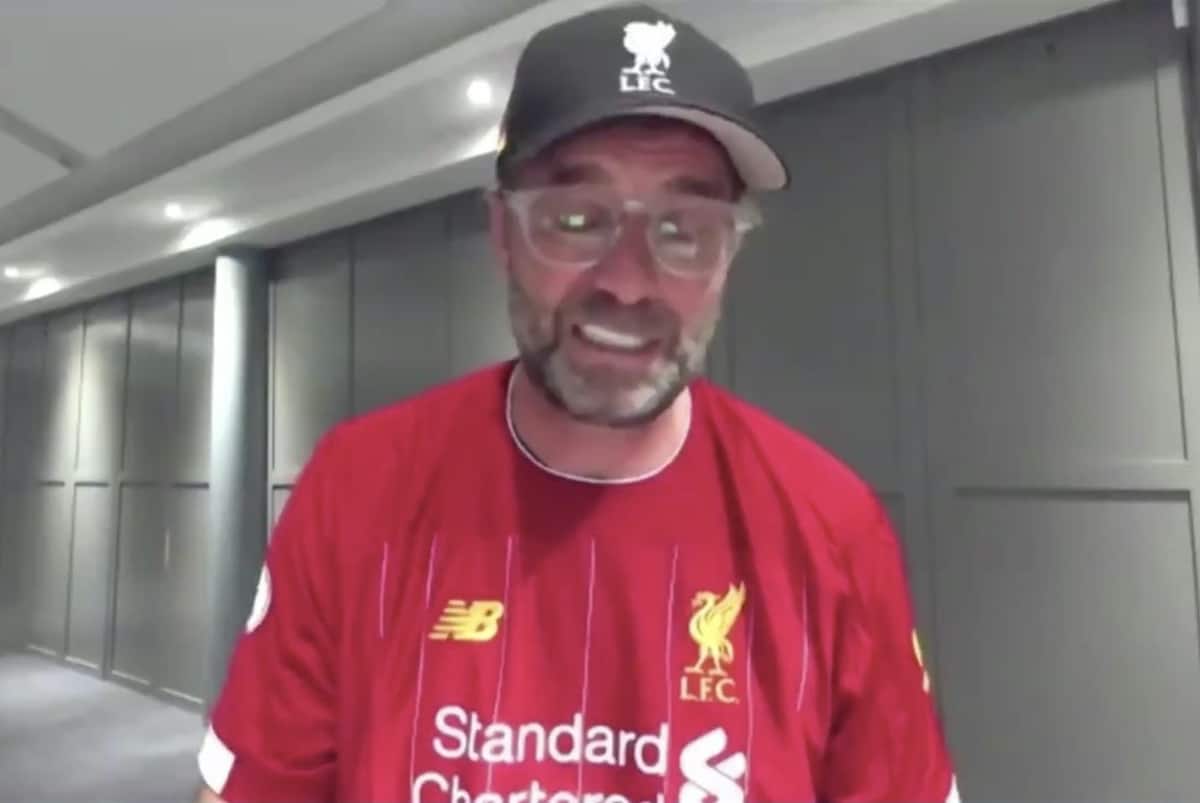 The emotion on Jurgen Klopp‘s face said it all as he shared his immediate thoughts on Liverpool’s Premier League title win, describing as an “incredible achievement.”

The Reds clinched the title on Thursday night, and can now celebrate their status as champions of England with seven more games still to play.

It is a surreal time for Liverpool to win the title, with no trophy lift or parade scheduled due to lockdown measures, which left Klopp and his squad to watch Man City‘s 2-1 loss to Chelsea in the team hotel.

Speaking to Sky Sports from the hotel, Klopp broke down in tears as he relished the biggest victory of his career, saying “it’s more than I ever dreamed.”

“I have no words, it’s unbelievable,” he said.

“It’s much more than I ever thought would be possible, becoming champion with this club is absolutely incredible.

“It’s an incredible achievement from my players, what they did over the last three years is just exceptional. A pure joy for me to coach them.

“My coaching staff, I couldn’t be more proud of what they did in the last years, what all the people of Liverpool did.

“It’s just a really exciting ride, from the first day I arrived, and it’s not over yet, that’s the good thing.

“The team is downstairs, we obviously watched the game together, they all looked like they have a few good years together, so we should try.

“But for tonight, we will just enjoy this moment and it’s the best thing I can imagine. It’s more than I ever dreamed of, to be honest.”

As Klopp attests, this is a Liverpool squad yet to reach its peak, and there can be many more years of titles ahead of them, with this simply the platform for more success.

But before looking ahead, it is right for them to savour every moment, as for most it is their first time winning the title—and for the club, the first time in 30 years.