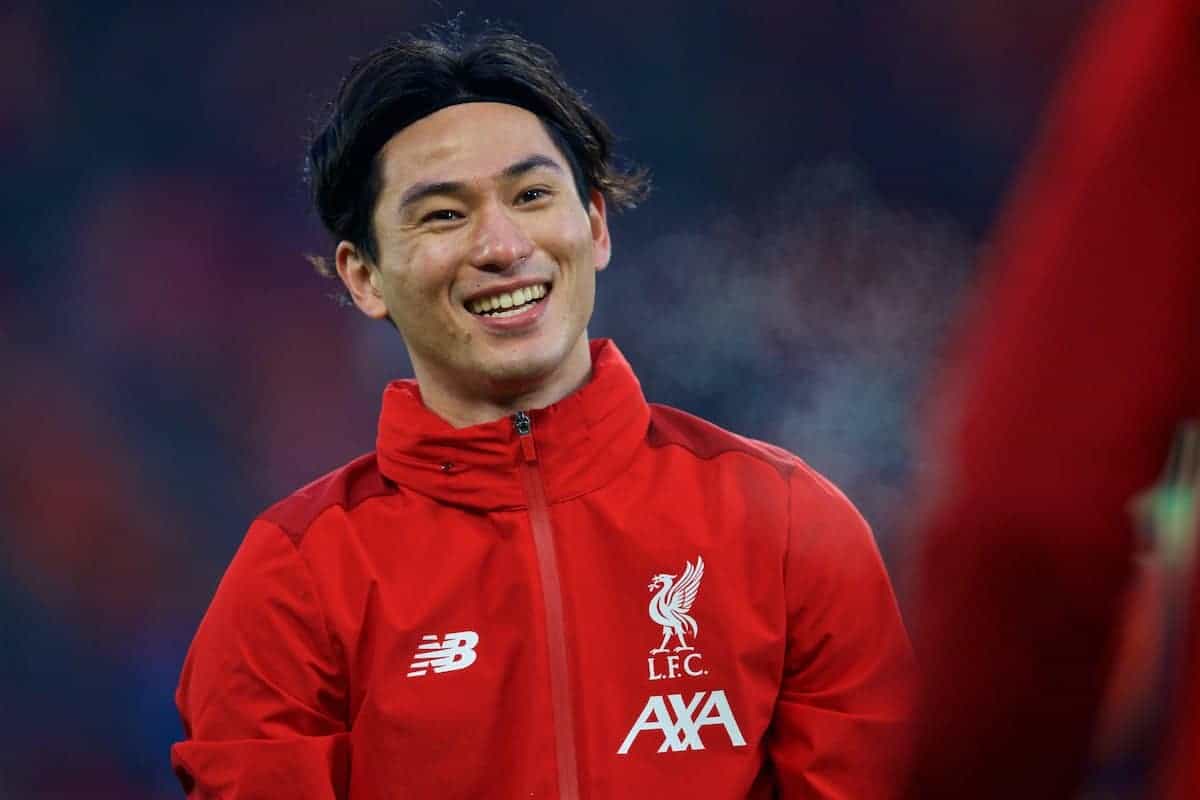 Jurgen Klopp has reflected on the “longest ‘pre-season” he has had so far as Liverpool manager, and how the past four weeks could benefit Takumi Minamino in particular.

The Reds reported back to Melwood for non-contact training a month ago, with the start of contact work and full sessions coming a week later, in anticipation of the Premier League‘s return.

Wednesday night saw the English top flight restart play, and on Sunday, Liverpool will be back in action for the first time in 103 days when they visit Everton.

Though a break of over three months is widely seen as a negative, it has helped Klopp’s side in some ways, as players return from injury and, in the case of Minamino, a longer period of adaptation is afforded.

Speaking ahead of the Merseyside derby, Klopp noted how this ‘pre-season’ has been his longest with a full Liverpool squad, and named his No. 18 along with five other players who have been able to take advantage and adjust.

“New players come in and usually how it is with us especially we say, ‘come on, the first two, three, four months, we don’t really judge’,” he explained.

“We don’t, but I know the public does, and that means we always have to explain why it’s not always like this, why it’s not like that and all these things.

“The more time you have, for whatever reason, to better it is.

“And now we’ve had four weeks, which is, by the way, the longest pre-season I’ve ever had with any Liverpool side together.

“We were all together for that period, that’s a massive difference.

“Usually, we have it all together only one [week], or I think last year it was not even a week when Sadio came back, for example.

“It helped him, it helped the young kids a lot—Neco, Curtis, Harvey—it helped them really.

“We have brought even more young kids up, Jake Cain and Leighton Clarkson, so that’s so nice to see them and how much they get the benefit of the way we train and the way that the other players treat them. 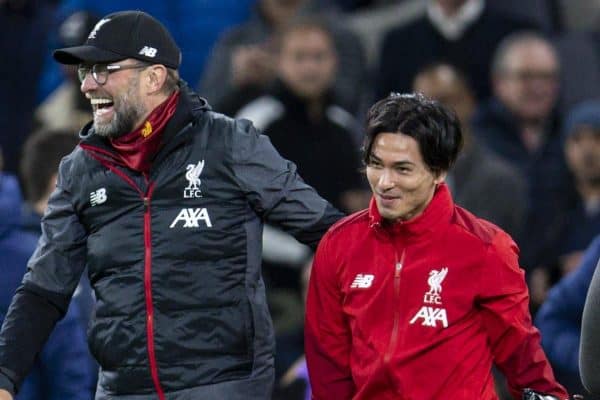 “He looks really different in the moment, to the first three weeks when he tried to please everybody and do everything that we say, and that’s in a language he’s not 100 percent comfortable in and all these things.

Minamino could be in line for a starting spot in the Merseyside derby if Mohamed Salah is not deemed fit, having impressed in training over the past few weeks, including in the 6-0 friendly win over Blackburn.

Klopp’s praise of the likes of Cain, Clarkson, Neco Williams, Curtis Jones and Harvey Elliott is timely, too, with the youngsters expected to benefit from an increase in the number of substitutes permitted in each game.

It suggests that the manager is willing to trust them, having brought them into the group at such a vital period, and with no academy football to play until at least September it is a great opportunity for them.