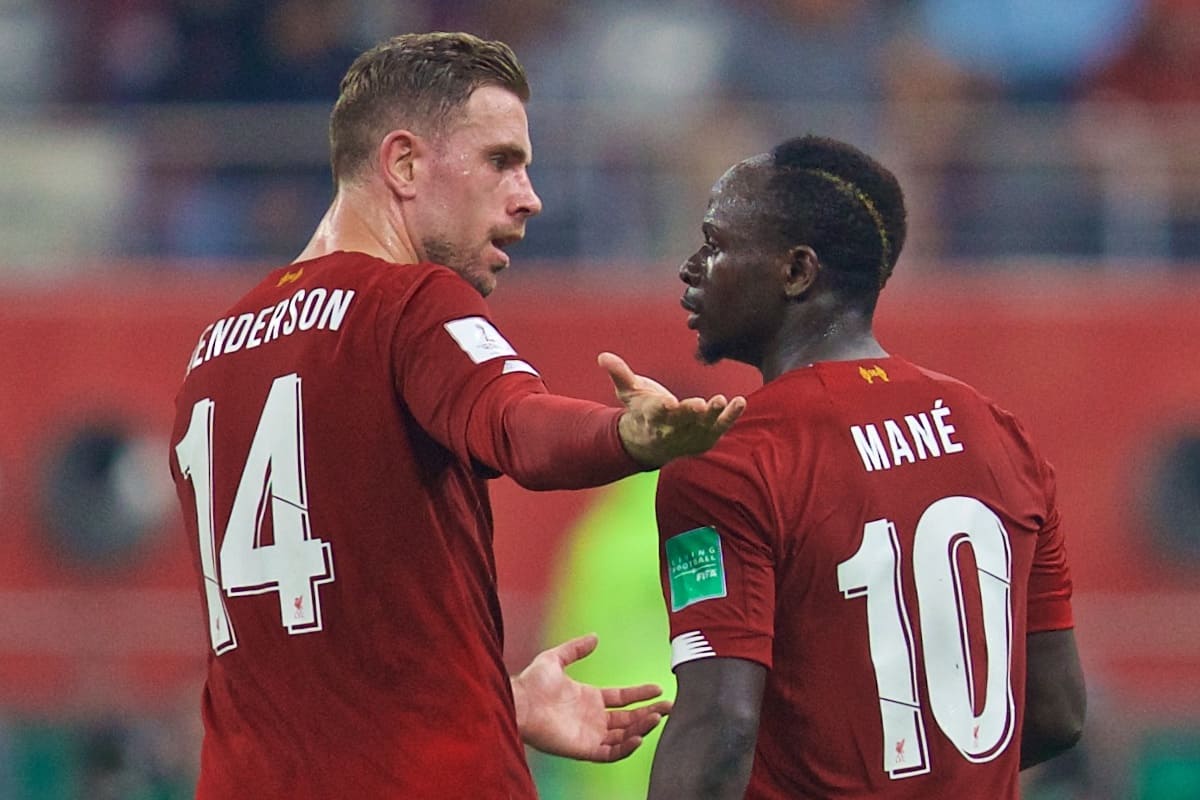 Jurgen Klopp has taken a positive view of the Premier League‘s enforced break, with Jordan Henderson and Sadio Mane in particular benefiting from the time off.

The Reds have not played a competitive game since March 11, and their next time back on the field is expected to be June 20, which would mark 102 days out of action.

Most of this time out was spent in isolation, with the UK government imposing a lockdown that ensured clubs could not attend training until May 20, and not begin full-contact work until May 28.

Liverpool’s fitness staff oversaw a rigorous home programme for every player, but the situation has been compared to pre-season, albeit significantly longer, as sessions are scaled up gradually.

Klopp, speaking BBC Radio 5 Live’s Football Daily podcast, insisted the squad is in great shape, and that many even profited from a rare spell without football.

“It’s like a summer break, just much longer, because usually the players don’t have that long off,” he explained.

“But we were in contact constantly, the boys were busy. 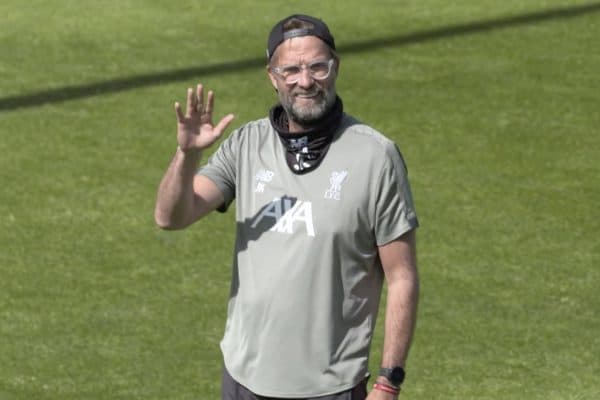 “The boys who came back here looked great. We did the lactate test, we did tests with them and some of them were better than last summer.

“It was not the break you want, because it was stressful. Mindset-wise, nobody knew how it would be. That’s not a holiday. We were all worried about the situation.

“But the body could rest for the first time in ages for some of my players. Jordan Henderson or Sadio Mane, they had two weeks off in the last two summer breaks.

“From that point of view it’s good, but there are challenges then, of course, after that long period with no football.

“They did training. They trained pretty much every day, but without football how would it be?

“That looks really good now, so we have four weeks together, training, three of them with full contact, so that must be enough and it will be enough.

“After a summer break when you have pre-season, you never know where you stand when the season starts again, so that will be a bit similar like this time.

“But the more exciting part for the people out there, from the first matchday we all play for absolutely everything.

“It will be really in the last part of the season, and I hope the people are looking forward to it, because we do.”

Klopp is adamant, therefore, that the Liverpool squad will be raring to go once the Premier League kicks off again, with there already signs of sharpness in their inter-squad friendly at Anfield on Monday.

But another concern remains in the risk of infection in the weeks leading up to the Merseyside derby, and then beyond, with players still living as normally as possible away from Melwood.

The manager has instructed players to wear face masks and gloves whenever possible, however, and believes the environment in training and games is “100 percent safe.”

“Yes it feels 100 percent a secure environment, but we can never be sure that it will be, that there will be no infections,” he continued.

“Because we still have a normal life, [but] the boys are massively disciplined.

“It’s been nearly 11 weeks already which is a challenge for people in this age group, it’s normal. For all of us it’s a challenge, but for them especially.

“But we go to petrol stations, we need fuel, we need food and stuff like this.

“We wear face masks. I’m still not sure why everybody in England, especially in closed areas, doesn’t wear a face mask and gloves. 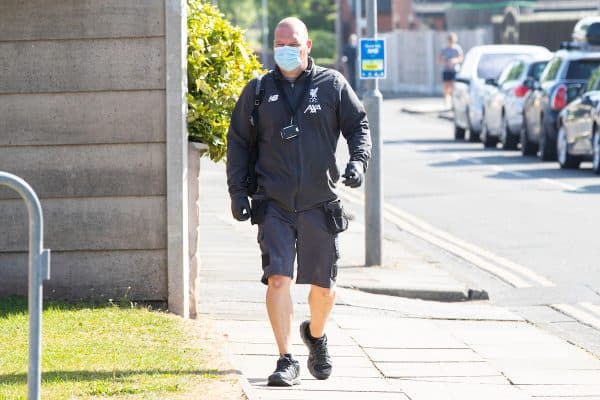 “It helped a lot in Germany, I’m not an expert but it helped there a lot.

“We told the boys, wherever you go, I want them to wear face masks and gloves. From that point of view, nothing can really happen.

“Humans are the biggest risk for humans, we are our biggest enemies sometimes. So we have to stay disciplined, and we will.

“But hopefully for all the other clubs as well, it can stay like this.

“The environment itself, the training ground, around the matches, that will be 100 percent safe.

“Everybody is doing everything you can imagine so nothing happens there, and these young boys, physically in an incredible shape, I’m not worried about them. If I was, we wouldn’t be here.”