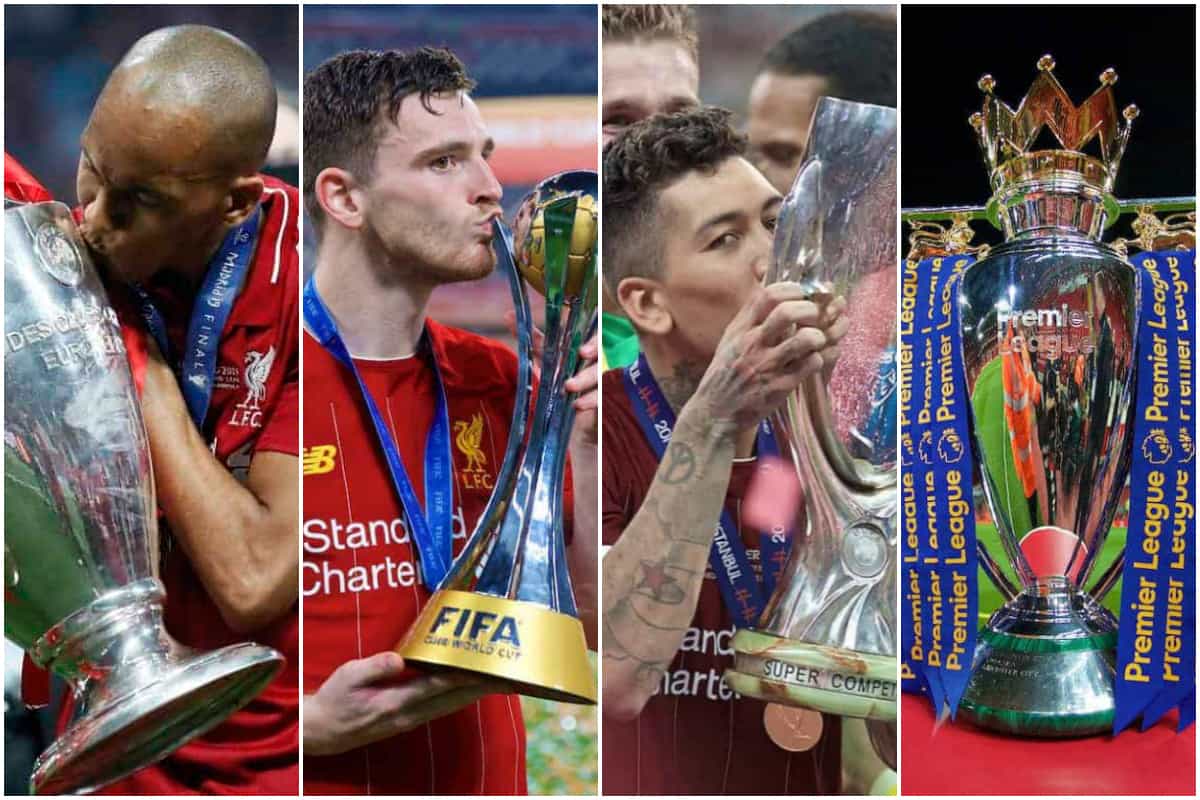 Liverpool wrapped up the Premier League title last week to make it four trophies in 13 months—and set yet another record in the process.

When they say great teams rewrite the record books, they probably didn’t realise they’d be needing one roughly the size of an encyclopedia when Jurgen Klopp took over at Anfield.

From home form to consecutive wins, goalscoring to trophies, the Reds have set about becoming a record-setting side under the boss and continue adding silverware to the cabinet.

Now the latest triumph has combined both of those, with Thursday’s confirmation of Liverpool as Premier League champions.

That comes with the Reds still being Champions League holders from last June, and having added the European Super Cup and Club World Cup to their list of current titles since then.

Holding all four at the same time is reserved for the absolute elite few—and Liverpool are the first English football club to do so.

I make it that @LFC are only the 7th different team (and the first from Britain, obviously) to hold the European Cup, European Super Cup, World Club title and domestic league title simultaneously following Porto, Ajax, Juventus, Real Madrid, Barcelona and Bayern Munich.

According to the research of club historian Ged Rea, only six other clubs in all of European football history have managed the same feat.

The Reds have, of course, won the European Cup six times—only AC Milan and Real Madrid have won it more.

Along with the Spanish giants and their rivals Barcelona, the Reds join other names of absolute European royalty who have managed to hold all four titles at once.

The next great challenge for this Reds team will be to win a major competition again: either retaining the league title or clocking up a seventh European triumph, as all the very finest sides in history have put together sustained runs of multiple wins, rather than a single burst over a year or two.

There can be no question that Jurgen Klopp‘s squad is capable, having been runners-up in each of the two big competitions just prior to winning them—this is a side built to continue being right at the top of the game.