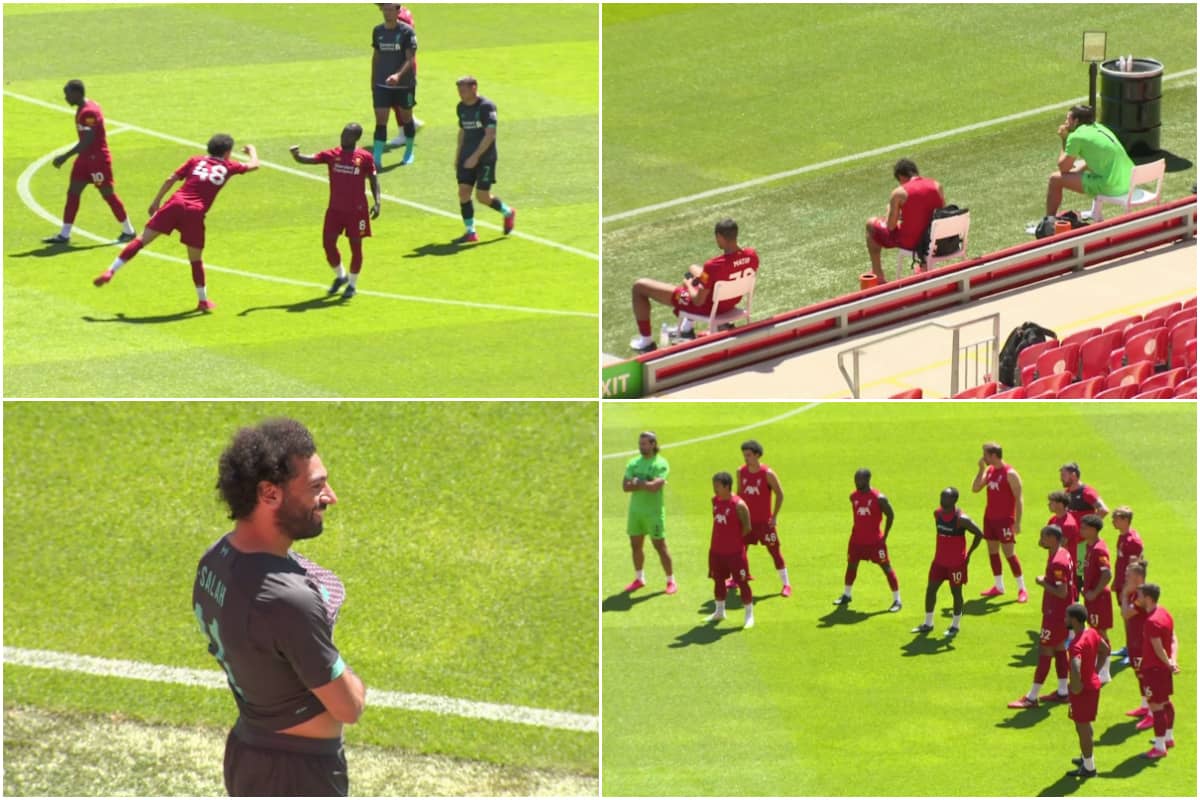 Liverpool held an 11-on-11 training game at Anfield on Monday, with Naby Keita among those to stand out in a high-intensity clash that saw the ‘home’ side win 2-0.

With the Reds’ return to Premier League action just over two weeks away, the squad are looking to pick up momentum in their bid to clinch the title early.

Jurgen Klopp took his players to Anfield on Monday to play in front of an empty stadium, calling upon a strong group for an 11-a-side game on the famous turf.

Keita and Sadio Mane were the scorers for a side that also included the likes of Alisson, Virgil van Dijk, Jordan Henderson and Roberto Firmino, beating an ‘away’ XI featuring Trent Alexander-Arnold, Fabinho, Alex Oxlade-Chamberlain and Mo Salah.

It is another step in the right direction for the Reds as they aim to reach full fitness before the Merseyside derby, which is expected to be held at Goodison Park on June 20.

Of course, no conclusions can be drawn from a training sessions, but here are five things we spotted from Liverpool’s inter-squad friendly at Anfield.

No messing around from Bobby 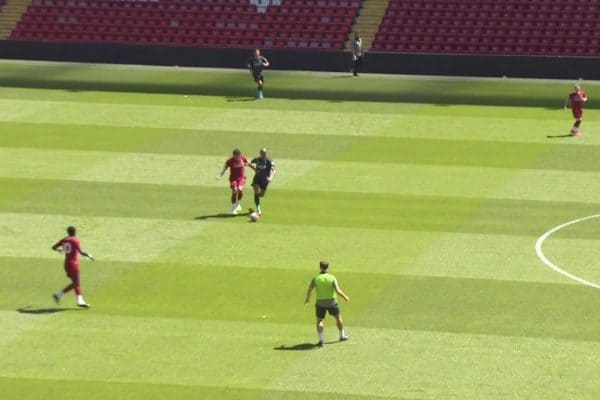 There was Fabinho, casually walking the ball out of defence, when Firmino chased him down, won the ball and left him on his arse.

Mane then set up Bobby for an effort, and while it was steered wide it showed the No. 9 well up for it.

He looked bright throughout, and hopefully we’ll see Firmino hit the ground running when the Premier League kicks off again.

Of the youngsters on the fringes of the first team, Curtis Jones is currently in the best position to break into Klopp’s matchday squad on a regular basis.

There are no plans to loan him out next season, and he is likely to be given more game time before the campaign’s end, and the 19-year-old was visibly confident as he weaved around his fellow Reds at Anfield.

Doing it when it counts is another thing entirely, but Jones is clearly full of self-belief.

Naby makes up for lost time 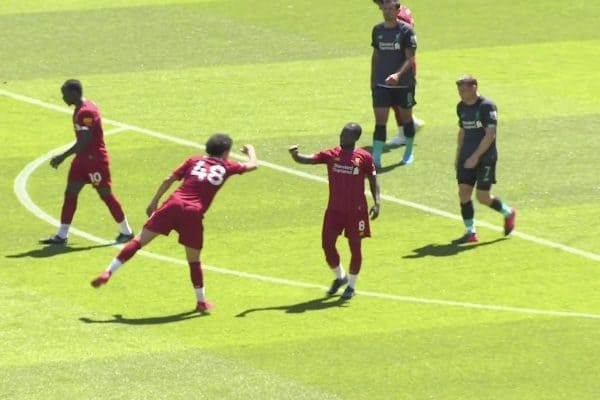 It has been another tough season for Keita, but now back to full fitness he looks desperate to make his mark and establish himself as a key figure.

The drive he showed the latch onto his own pass into the box, with Jones leaving it due to being offside, was impressive—as was the finish he produced in the second half.

Training it may be, but Naby looks to be chomping at the bit. 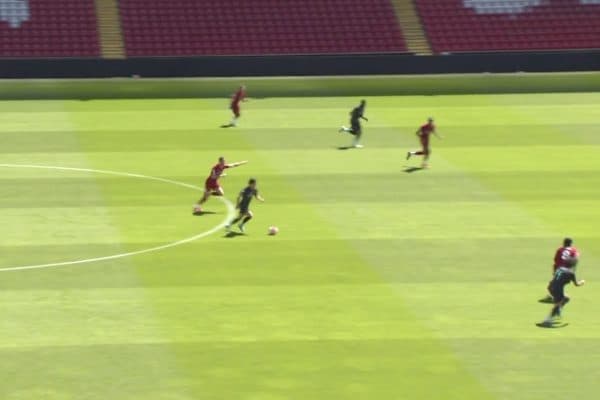 There have been signs during Takumi Minamino‘s early days at Liverpool of a blossoming understanding with Salah, and they were paired up again in this training session.

With Taki’s manager at Salzburg, Jesse Marsch, suggesting he would be best as either a No. 8 or No. 9 in Klopp’s system, his threaded passes from deep could find Salah on a more regular basis.

He faces a fight for a first-choice role, but this ‘pre-season’ gives Minamino a chance to impress his new boss.

No fans, no risks 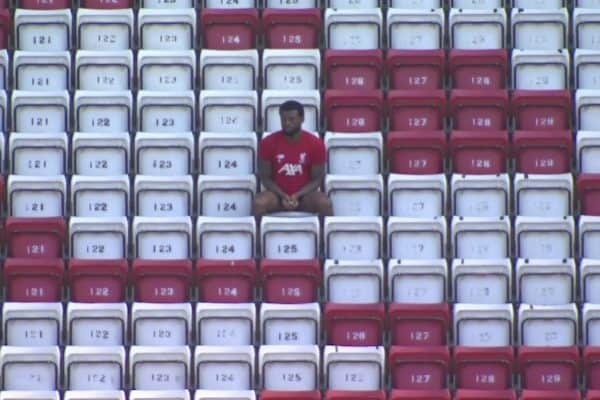 The decision to play this 11-on-11 at Anfield was partly designed to gain experience of playing in from of an empty stadium, with the Premier League due to resume behind closed doors.

“We wanted to give the players the feeling of playing and competing without a crowd,” Pep Lijnders explained.

“We are just going step by step back to our way of playing, knowing that we have to work hard in training and be really committed to our principles to reach the same level that we had.

“Today was an important step in that direction; firstly getting familiar with the process around the games and secondly giving our squad playing time and competition very close to the environment that we will have in the future.”

In fact, Gini Wijnaldum was one of the only people in the stands, with the Dutchman sitting out of the session as a precaution due to a minor knock.

Liverpool are not looking to take any risks at this stage, with Xherdan Shaqiri following an individual training programme as he is also not fit enough to join the squad, and this is the right approach to take.