Sadio Mane and Naby Keita were on the scoresheet again as Liverpool held a warmup friendly at Anfield on Thursday, thrashing Championship side Blackburn 6-0.

The Reds are well into preparations for the Premier League restart next week, with just over a week until their first game back away to Everton on June 21.

With the government giving the green-light for clubs to hold behind-closed-doors friendlies against local opposition in order to work towards full fitness, Jurgen Klopp‘s side hosted Blackburn.

A strong side started at Anfield, though neither Mohamed Salah nor Andy Robertson took part and Roberto Firmino came off the bench for the second half, with Takumi Minamino leading the line from kickoff.

The Japanese international was among the first-half scorers, with Minamino, Mane and Keita giving the Reds a 3-0 lead heading into the break.

Klopp made a series of changes as the game went on, and the scoreline was doubled in the second period as Joel Matip, Ki-Jana Hoever and Leighton Clarkson all found the back of the net.

Both sides followed strict social distancing measures off the pitch, with minimal staff present, with this serving as a dry run for the first Premier League clash back at Anfield, which will be against Crystal Palace on June 24.

One concern came with the withdrawal of Alex Oxlade-Chamberlain with a suspected knock, but the hope is that the issue is not too problematic.

Liverpool are not expected to hold another friendly before the return of the Premier League, though another inter-squad game is likely as the Merseyside derby edges nearer. 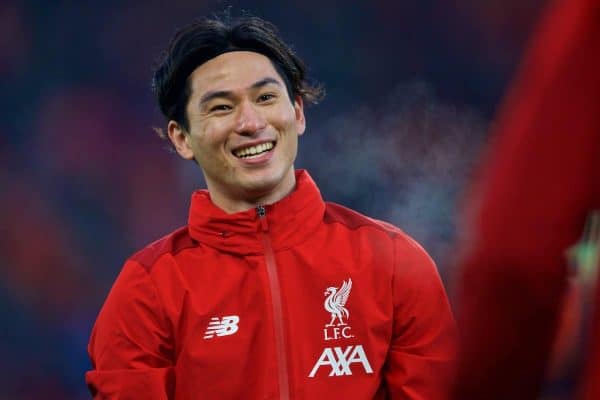 While few conclusions can be drawn from a mid-season friendly against Championship opposition, it appears another step forward for both Minamino and Keita.

Keita also scored in the 11-a-side session at Anfield at the beginning of the month, and if all goes to plan the Guinean could find his feet at a crucial stage for both Liverpool and himself.

The 25-year-old has suffered a stop-start spell on Merseyside so far, but Klopp is a firm believer in his ability and has continued to give him opportunities despite his persistent injuries.

Minamino, meanwhile, barely got off the ground before the campaign came to a halt, with the January signing playing just seven times for the first team so far, and only 77 minutes in the league.

Goals for Hoever and Clarkson are another positive, with Klopp calling on his youth ranks ahead of a nine-game run that allows nine substitutes to be named per game, and five able to come on.