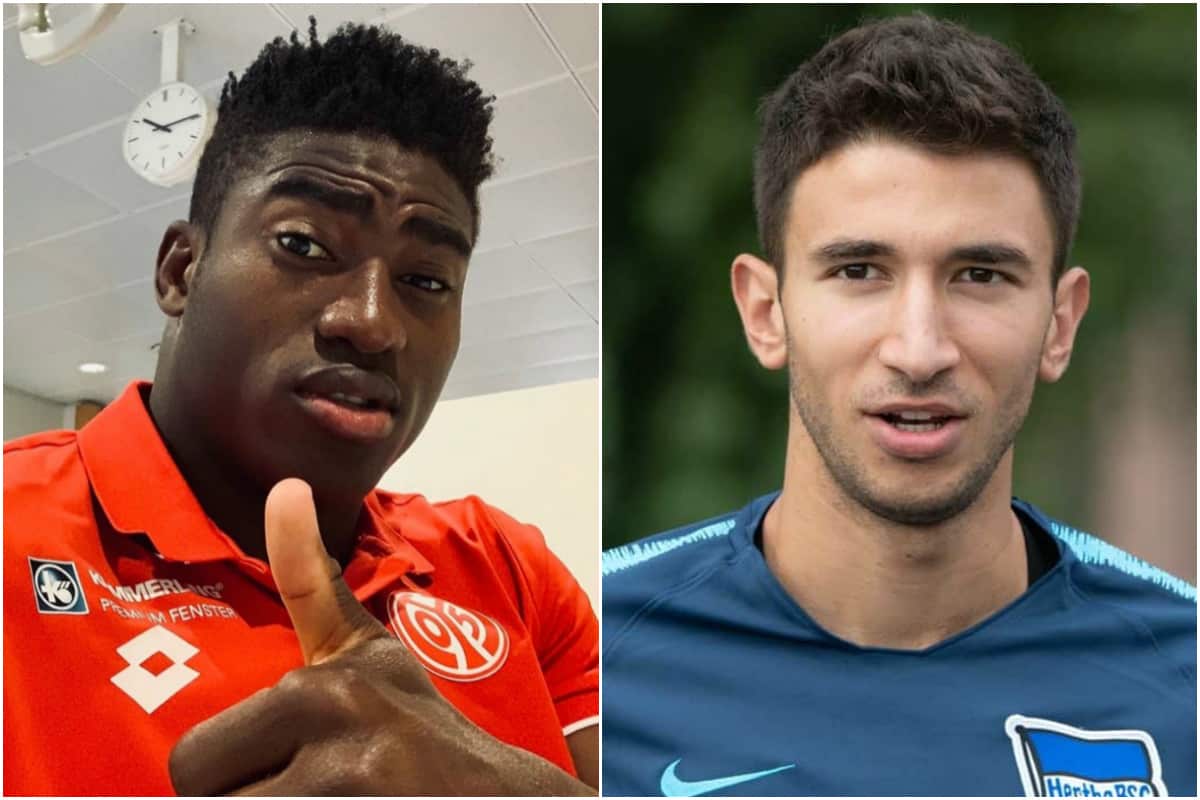 Mainz have provided a positive injury update on Taiwo Awoniyi following the Liverpool loanee’s clash of heads, on a weekend that brought heavy defeat for Marko Grujic.

Concerns were raised over Awoniyi after the Nigerian fell to the turf following a collision with Augsburg defender Felix Uduokhai early on in Mainz’s 1-0 home defeat on Sunday.

The 22-year-old was stretchered off in a neck brace and taken directly to the university hospital, but regained consciousness and was responsive while undergoing tests.

Mainz have now confirmed that Awoniyi suffered a concussion, spending the night in the hospital as a precautionary measure, and the striker issued a positive update on the club’s official website.

“The last thing I can remember from the incident is how I hit the ball with my head, then I passed out,” he explained.

“It was difficult for me to regain consciousness on the field and be really awake.

“And it also took a little while before I could remember everything. But I feel much better now.

“I would like to praise our medical department at Mainz 05 and the Mainz University Medical Center. They looked after me very well.

“And I thank our dear God who protected me in this situation and made everything possible for me anyway.

“Unfortunately I will not be able to help my team on the pitch at Dortmund, but I will support them as much as I can.

“Together we will give everything for the fans and avoid relegation, I’m sure of that!”

Awoniyi’s absence will be a big blow for Mainz as they take on Dortmund on Wednesday night, with just three games left to play as they aim to fight off relegation to 2.Bundesliga.

He had claimed a regular starting spot in recent weeks, but now will be forced to watch from the sidelines as Jurgen Klopp‘s old club look to finish above the likes of Fortuna Dusseldorf, Werder Bremen and Paderborn.

It is not the first time a Liverpool loanee has suffered a head injury this season, with Kamil Grabara ruled out for an extended period due to a bleed on the brain inflicted in Huddersfield’s 2-1 win over Hull back in January.

The Pole has since recovered but has lost his place in the side to Jonas Lossl, though it is likely he will remain at the John Smith’s Stadium for the remainder of the season.

Elsewhere in the Bundesliga, Saturday brought a big loss for Grujic and Hertha Berlin, who scored first but went down for a 4-1 defeat to Eintracht Frankfurt.

Dedryck Boyata’s sending-off at the end of the first half proved decisive, as Frankfurt netted four after the break to leapfrog Hertha into 10th.

Grujic played all 90 minutes in his 28th appearance of the season, but was left frustrated in one of his final outings before returning to Merseyside.

There was also defeat for Nat Phillips in the German second tier, as Stuttgart continue their disappointing attempt at promotion since the restart with a third loss in six games, this time away to Karlsruher SC.

Phillips has started just once in that six-game run, and been an unused substitute in four, but at least came off the bench for the final four minutes on Sunday.

The loss leaves Stuttgart a point behind second-placed Hamburg with three games left to play to secure their return to the top flight.