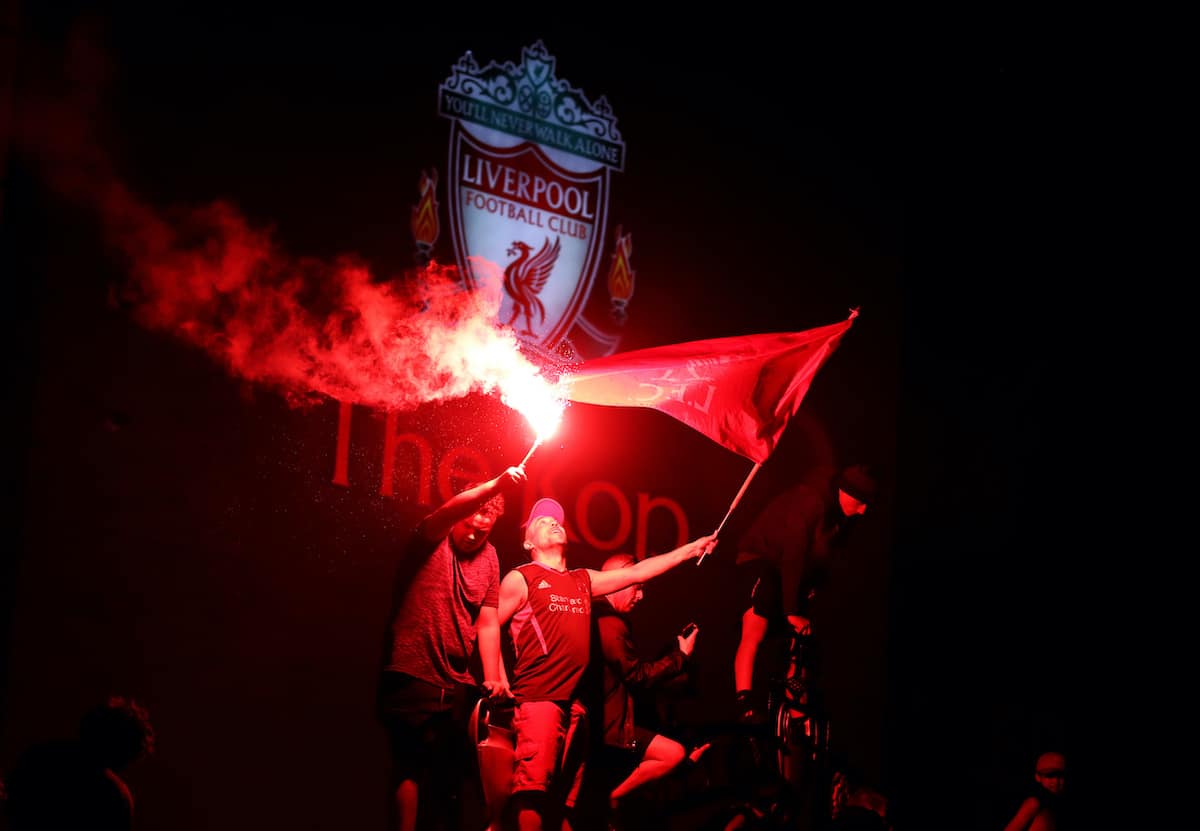 Liverpool are Premier League champions, and yes, you did read that right. The 30-year wait is over and fans, simply put, were on cloud nine.

With 86 points on the board, Liverpool have set an unmatchable tally to be crowned champions, after Man City failed to beat Chelsea.

It has been a scintillating season for Jurgen Klopp’s Reds who have set the benchmark at every turn having dropped points on just three occasions in 31 games.

A timeframe which is the earliest the Premier League has ever been secured.

And now, the Reds hold all three titles of World, European and English champions simultaneously – what a time to be alive.

Here’s how fans reacted to the confirmation that LIVERPOOL ARE PREMIER LEAGUE CHAMPIONS!

Words, there are no words!

Just going to share my grandad when Willian scored that. Jumped up and shouted. Champions of England. Priceless ?? pic.twitter.com/ush8UBB1hh

Was 13 last time we won the title. Grew up in an era where I took it for granted. Waited 30 years for this moment. I’m shaking. #LFC. #YNWA

BACK ON OUR FUCKING PERCH #LFC

Heads gone.
We fucking did it.

The wait is finally over!

Thank you Jurgen, thank you Liverpool. An incredible team who have made history and deserve all the praise theybare to receive.
UP THE CHAMPIONS OF ENGLAND!! (AND EUROPE AND THE WORLD) ?? pic.twitter.com/9rYxhHVxfW

? My dad bought me this in 1990. Finally, it’s true again. What an achievement by Jurgen Klopp and his players. They have been sensational. The 30-year wait is over. #LFC pic.twitter.com/1s6eCmILgK

Thank you Jurgen Klopp. You made us believe again pic.twitter.com/WB9hbxB95T

I can't believe it's finally happening. Waited a lifetime for this moment.

And there was no shortage of praise for the champions of England!

97 points last season whilst winning the Champions League. More points than any English side has got when winning the European Cup. Proved it was an amazing team.

We’ve waited so, so long for this, and all the years of hurt have been worth it.

This Liverpool side will go down as one of the greatest, if not the greatest side in Premier League history.

Liverpool are champions of England.

After a painful 30-year wait, the ‘will never happen,’ the worst of times and the near misses – number 18 becomes 19.

By a massive margin. By mentality monsters. By Jürgen Klopp's design.

I cannot wait to get to Liverpool and celebrate winning the title with my fellow Reds and this amazing team! It’s been a crazy journey but we’ve done it. We are champions again. We are back on our perch. #LFC #YNWA

Lost for words. What a fucking pleasure it’s been following these lads this season, history makers!

It took a phenomenal team to stop liverpool winning the premier league a year ago…from the first day back after winning the european cup the mindset of the players was set firmly on winning the league this year. To do it they way they have is beyond what anyone could believe

At long last. Liverpool Football Club are the Premier League Champions. For all those who have stood by this club through thick and thin, especially for all those sadly no longer with us, like you dad, this is yours, this is ours. Back where we belong.

And the Reds have won the league again… ?
#LFC #champions #PremierLeague

This Liverpool team will go down as one of the great sides. It has to. Any team as dominant as this belongs in a special category.

What a team, what a manager! Deserve everything that comes their way after the pain of missing out last year. Not having this 30 years of hurt though. Loads of ups and downs but so many great games, great trips, great nights and quite a few trophies along the way! Champions! #19