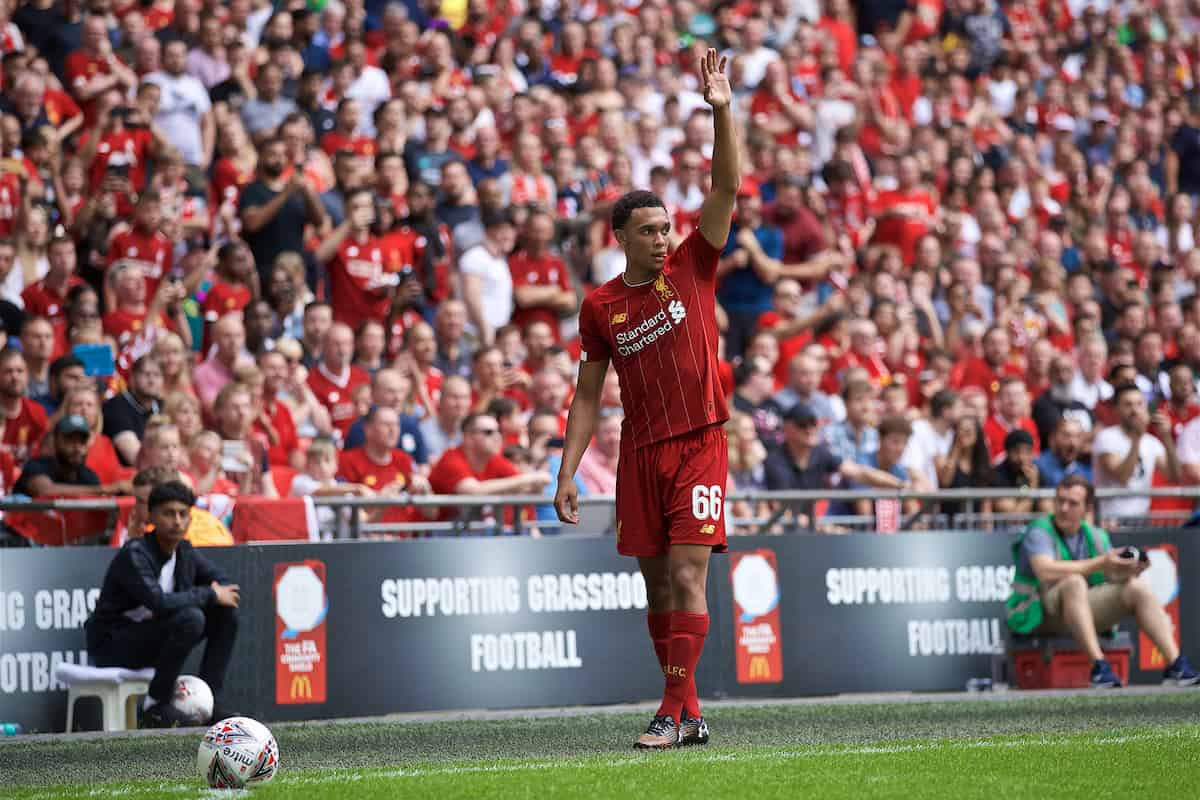 Liverpool are likely to be one of the first football sides to play in front of supporters again in England, if plans for the Community Shield as a ‘test event’ go ahead.

The Reds played their first game behind closed doors on Sunday night, with a minimal crowd of players and staff in attendance for the 236th Merseyside derby.

It will remain that way until the end of the current campaign, with safety measures implemented across professional sport in England to avoid the risk of infection.

But with talks underway regarding the safe return of fans to stadia in the near future, it has emerged that the Community Shield could be used as a ‘test event’.

This would involve Liverpool, as the Premier League champions-elect, and the winners of the FA Cup, which could be any of Norwich, Man United, Sheffield United, Arsenal, Leicester, Chelsea, Newcastle and Man City.

According to the Times, whether the game will even go ahead is “rated as 50-50” due to time constraints, but “the Premier League clubs would support moves to play the game if it hastens the return of fans.”

The Community Shield would likely be played on Sunday, September 6, with the new Premier League season due to start on the weekend of September 12/13.

It could be held at a neutral venue, rather than Wembley, “if that was deemed more useful for planning purposes and monitoring use of public transport and supporters entering and leaving the ground.” 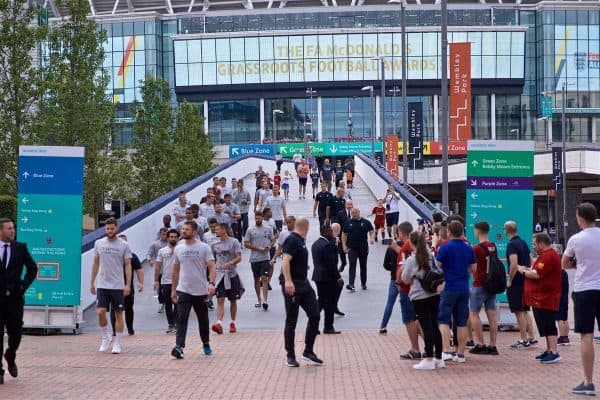 With the government expected to announce a reduction to the ‘two-metre rule’ for social distancing down to one metre, this could allow stadia to be half-filled upon the return of fans.

The safety of those involved at games, including supporters, will remain paramount, and the Community Shield could therefore be a vital fixture to test whether measures put in place can be overseen appropriately.

It is also mentioned that time pressures on the new season, due to the international calendar including the Euros next summer, could see the winter break cancelled for 2020/21.

FA Cup replays could also be temporarily scrapped, while the seven sides in European competition could be allowed to field youth sides in the League Cup to avoid congestion.

The Premier League club are meeting on Tuesday to discuss various issues, as the messy rebuild of English football in the wake of a three-month suspension moves forward.