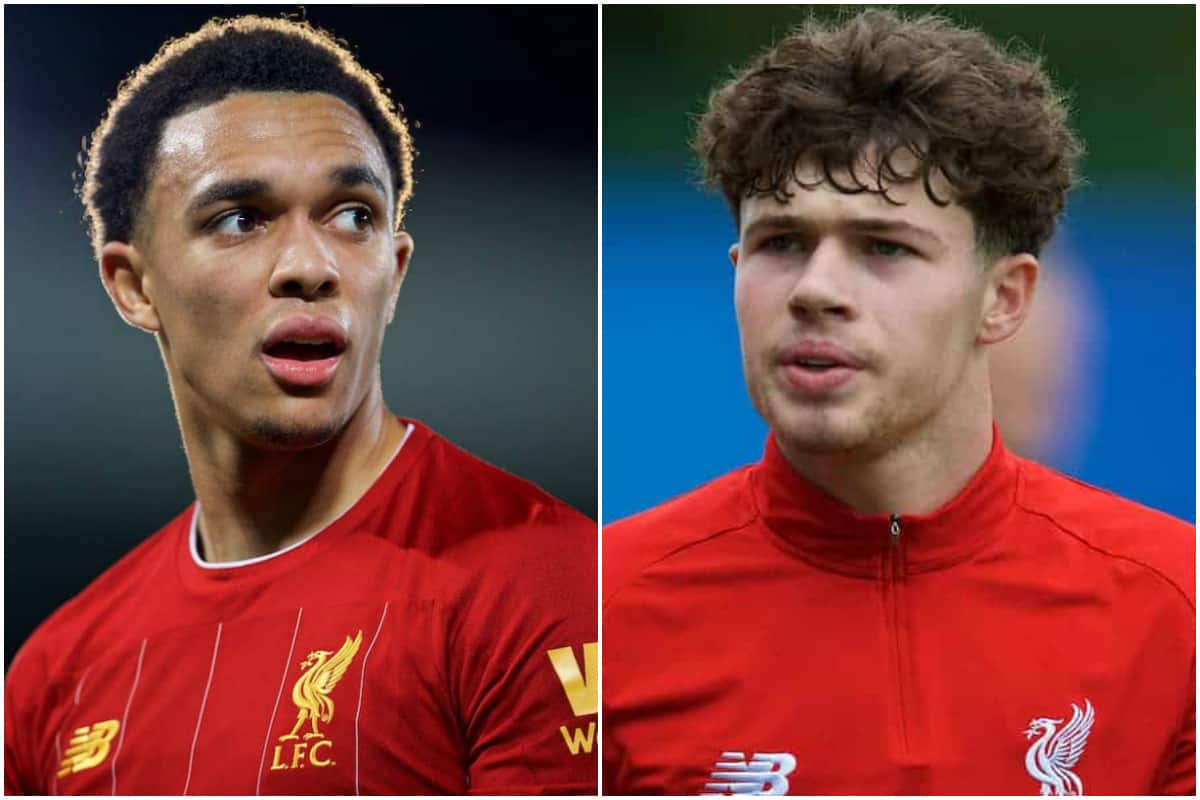 Liverpool look sorted for the right-back spot for years to come, thanks to two talents who have emerged through the club’s Academy system.

Trent Alexander-Arnold is arguably the world’s best full-back right now, with his mix of tenacity, athleticism and technical brilliance making him a key outlet in Jurgen Klopp‘s team.

But after him, the Reds have another young flyer making ground towards the first team, with Neco Williams having starred whenever given the opportunity in 2019/20.

The No. 66 has been impressed by his younger team-mate and said to the club website that the Welsh youth international shows regular signs of improvement thanks to being around the elite seniors in the first team.

“[You see in him] an eagerness to learn and improve every single day,” Trent said.

“You can see him improving and picking up little things every day – likewise with all the young lads – and I think there’s no better place for young players to be than at Liverpool, to be given the chances like they got [against Palace].”

Klopp has never been scared to give talented youngsters their turn in the team and the right-back spot looking locked down for the future is testament to that attitude.

And Trent points out that it’s not only Williams who stands to benefit from the situation, but the other talented teens who have come through the system and who are brought in from outside, knowing they’ll get their shot.

“To be given the opportunity to train with world-class players is only going to make you better and prepare you for days like this so I was over the moon with the way [Williams has] performed and likewise with Harvey [Elliott] when he came on.

“They’ve shown the quality and shown that when the gaffer is ready then they will be given the chance – and they deserve the chance as well.”

With the league title now wrapped up and seven matches still remaining, it’s likely that some of the youngsters will see additional game time come their way.

It won’t be a ‘freebie’ though; there are still records to be broken and standards must remain high, with any time on the pitch needing to be earned.

Instead, the youngsters must take the opportunities as a chance to impress ahead of next season and prove they can be more regularly involved.

That, just as much as delving into the transfer market, is how Liverpool will ensure the regeneration of the team can continue apace and the club stay at the top end of the game, domestically and in Europe.