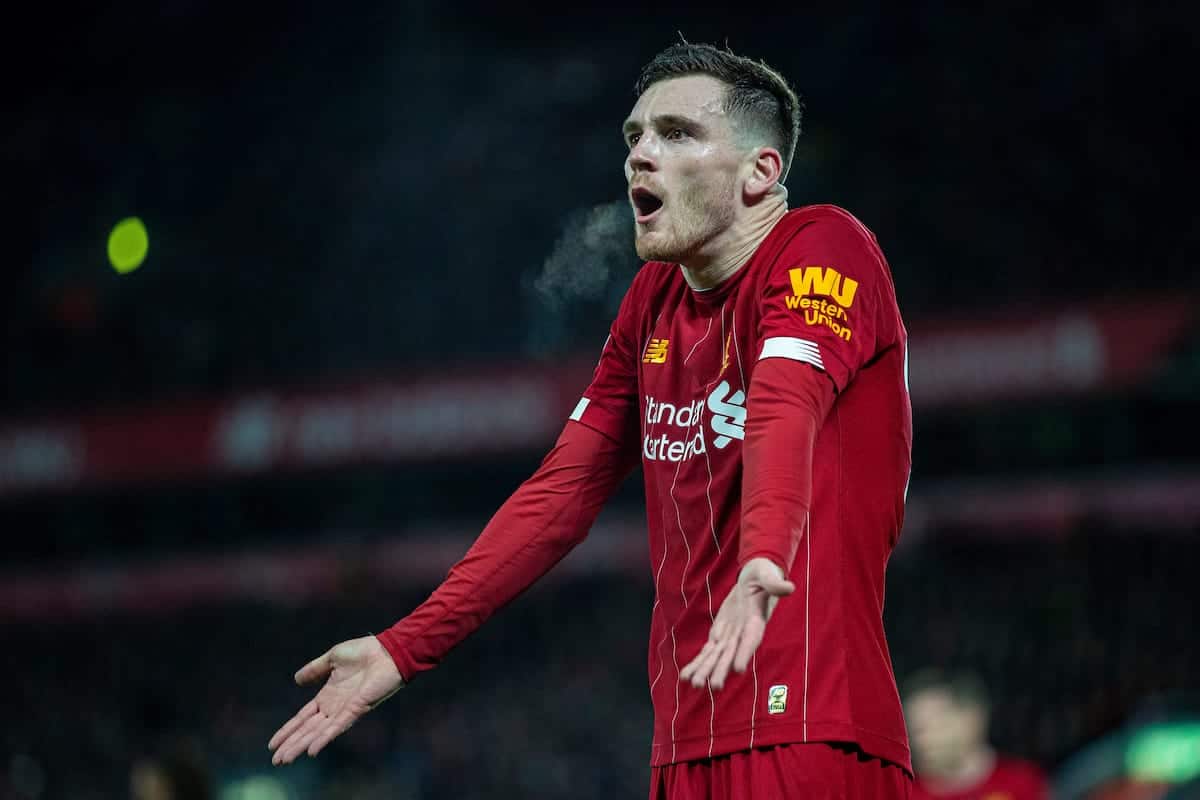 A culture of avoiding the blame with officials is leaving players in “limbo” after wrong decisions are made, says Liverpool defender Andy Robertson.

The left-back felt he should have had a clear penalty at the weekend, with a Burnley challenge on him at Anfield not given by the on-pitch referee and then also not overturned by the VAR.

It follows a similar pattern of abysmal decisions around the Premier League over the past week, with Spurs notably denied a penalty and Man United handed one which clearly shouldn’t have been, as the league acknowledged three calls in as many days were all incorrect.

Robbo has now voiced an opinion that many have felt for some time: the officials are passing on the responsibility to each other for the big calls—the refs don’t make the tough calls as they know VAR is there, but VAR doesn’t overturn them either out of respect for their colleagues or to avoid making the call themselves.

And, as a result, decisions are wrong, game after game.

“I believe that the referees are relying on VAR, but then VAR isn’t overturning any decisions, so we are stuck in limbo. I’d prefer not to have it and just let the referee call it. If the referee called it, you’d say ‘OK, he’s seen it differently’.

“But the fact we have about 40 cameras and 40 different angles, I believe the decisions should be right.”

The Scotland captain reveals the ref told him after the game why he hadn’t awarded the penalty initially, which the left-back appreciated, but there still remains the fact it should have been changed after, in Robbo’s mind.

“Fair play to him [explaining] but I still thought he was in the wrong and that it was a penalty.

“That’s what we believe VAR was brought in to do [to change the decision]. For me, how that’s not a penalty, I still scratch my head over it.”

The Reds will be frustrated at having lost their chance of a 100 per cent home record for the season with the draw, but in the wider matter of elite-level football, everyone is frustrated at the continuing poor decisions which the technology was supposed to eradicate.