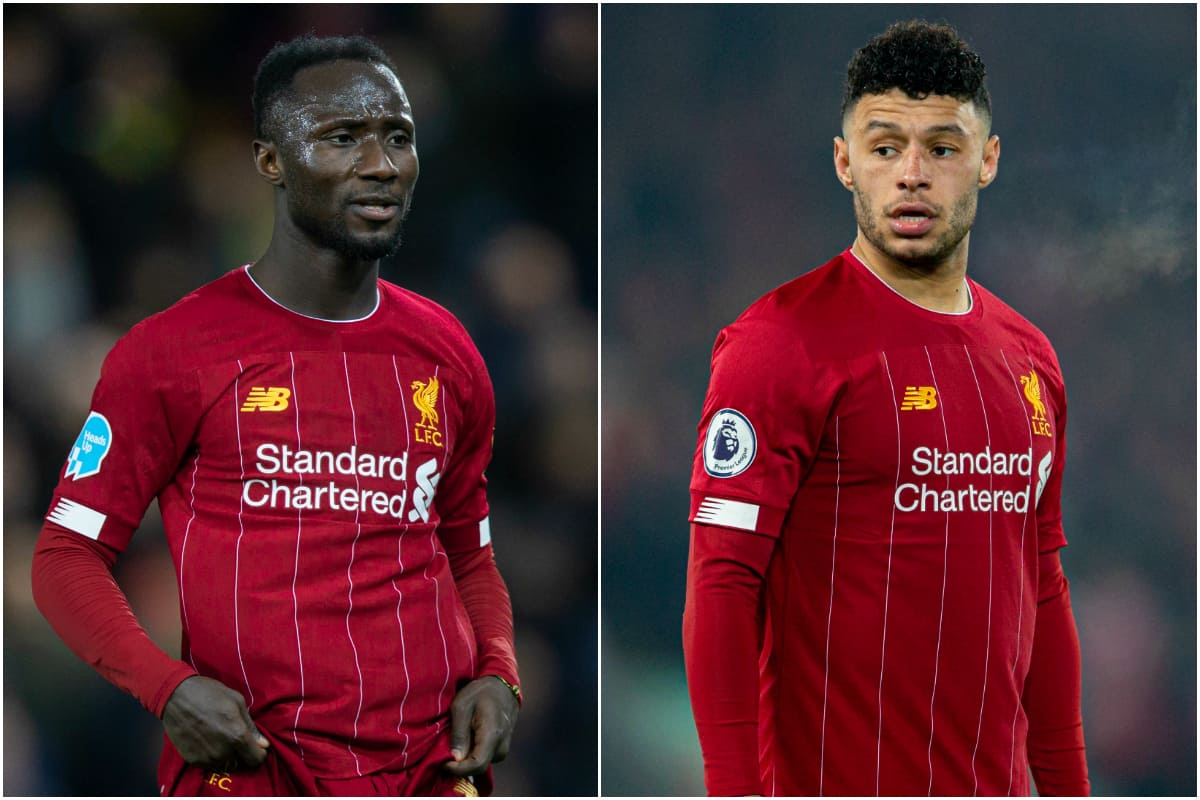 With three games in a week, Jurgen Klopp will make changes for the visit of Aston Villa on Sunday, with .

An under-cooked Reds outfit were beaten 4-0 by Man City on Thursday night, starting well but becoming increasingly lethargic as the minutes drifted by.

It wasn’t a complete shock, considering they had celebrated their Premier League triumph days earlier, so an overreaction was uncalled for.

A response will be demanded by Klopp on Sunday, however, as struggling Villa look to spring a surprise at Anfield.

With shortages in defensive options, Virgil van Dijk and Joe Gomez are almost certain to start, but there should be changes further ahead and potentially at full-back.

Joel Matip is still the only player unavailable this weekend, having picked up a foot injury that is likely to rule him out for the rest of the season.

Everybody else is in contention to start, which is an enviable position to be in for Klopp.

James Milner may be struggling for match fitness having not featured since the draw with Everton, but he will be typically hungry for playing time.

It’s difficult second-guessing Klopp for this game, considering the options at his disposal and the potential for rotation.

The boss could easily field the same XI that lost to City, in theory, but that would be a surprise.

Instead, Alisson, Gomez and Van Dijk appear to be the only certainties to start, with the divisive Dejan Lovren the only other fit, established centre-back.

Andy Robertson was horribly out-of-sorts against City, meaning Milner could be drafted in at left-back.

In midfield, skipper Jordan Henderson has started every game since the restart and may be given a rest, with Naby Keita coming in. 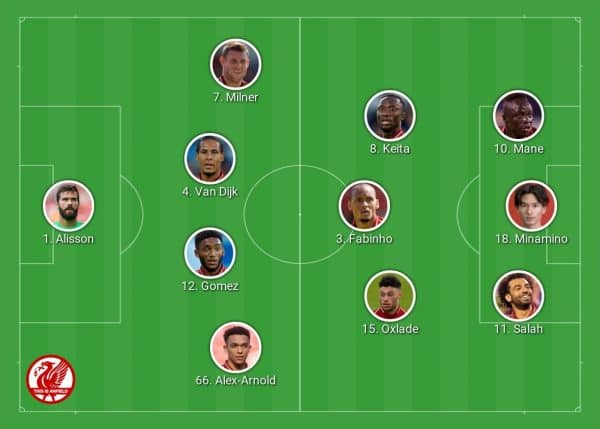 Gini Wijnaldum hasn’t set the world alight in the last three matches and Alex Oxlade-Chamberlain might be a better option against a defence-minded Villa side.

With Fabinho anchoring the midfield, Keita and Oxlade-Chamberlain would bring an exciting, attacking look to the middle of the park.

Takumi Minamino will hope for a first home start in place of one of Liverpool’s famous front-three – judging by Thursday, Roberto Firmino could be the man to make way.

Whether or not that would mean Minamino leads the line, or one of Mohamed Salah or Sadio Mane move to a central berth, remains to be seen.

If Klopp really wants to ring the changes, there are plenty of other alterations that he could make.

Exciting youngster Neco Williams is capable of filling in for Trent Alexander-Arnold at right-back, having shone when given the chance in 2019/20.

In his pre-match press conference, Klopp said that he won’t “give Premier League games as Christmas presents”, indicating that youngsters may struggle for minutes. 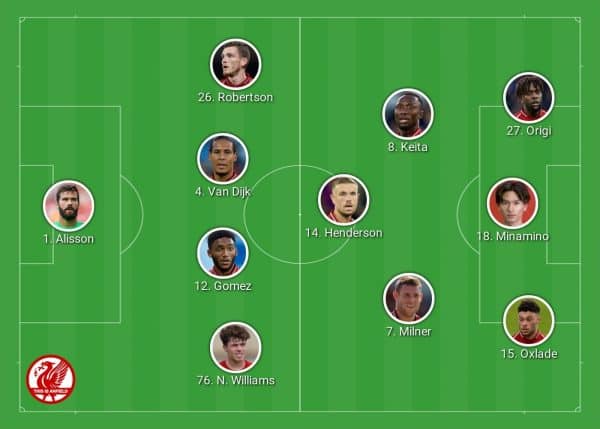 Should Robertson be retained, Milner could push into his preferred midfield role, deputising for either Henderson or Wijnaldum.

Oxlade-Chamberlain’s versatility means Klopp may consider using him on the right-wing – a position he admittedly struggled to impress in at Everton last month.

Divock Origi is waiting in the wings to show he is still worthy of being a handy squad player – Klopp could be really bold and leave Mohamed Salah, Sadio Mane and Firmino out.

It feels highly unlikely, though.

It would come as a shock to see Klopp make huge changes, but this is a perfect time to rotate his squad and several alterations are to be expected.

Whatever Liverpool’s lineup is, they should have enough to get past a limited Villa team, returning to winning ways in the process.

Klopp will not be amused after Thursday night and Villa may be on the receiving end of his chagrin.