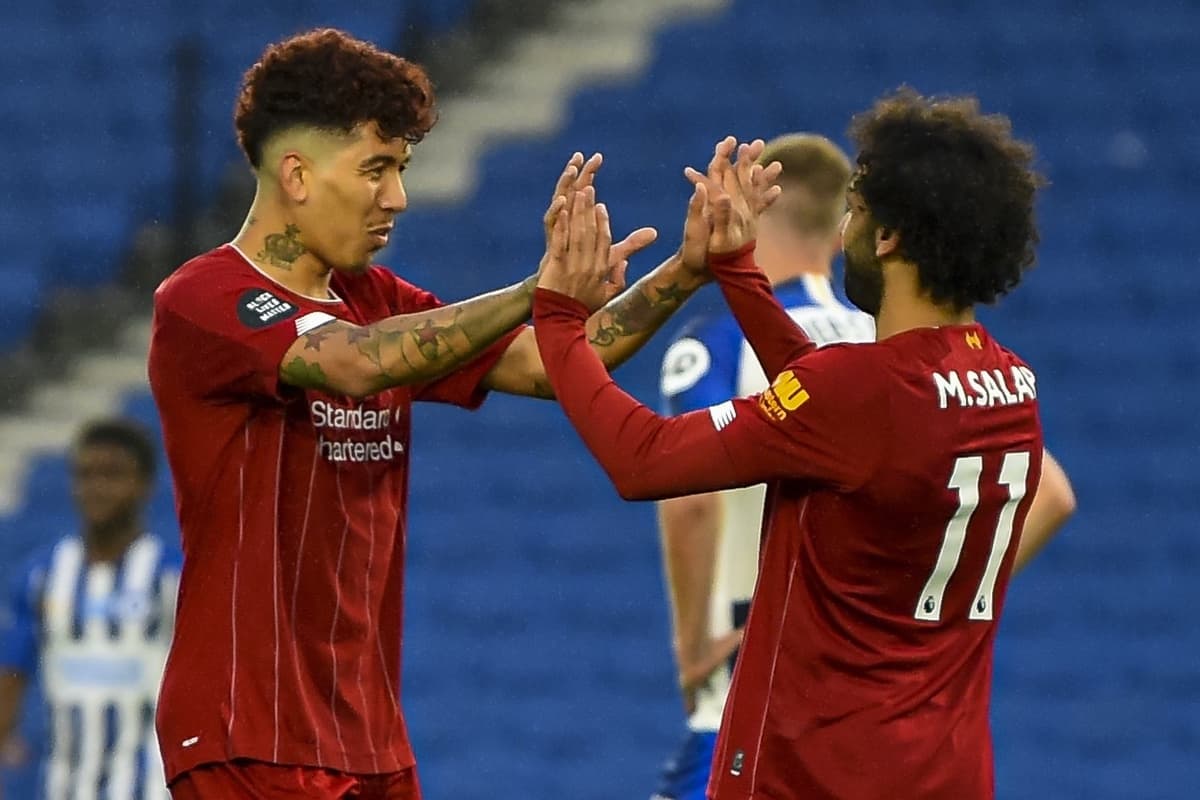 Liverpool were made to work for it but had the quality to beat Brighton 3-1 at on Wednesday thanks in large to some excellent counter-pressing from the Reds.

Came out of his box well to head clear and didn’t get sent-off for handball this time, so that’s a positive, but not really as solid as usual.

Some lovely crossfield passes. Didn’t often get into crossing areas higher upfield and struggled defensively once or twice. Lost the ball too much inside his own half.

Two really good block tackles as Brighton had chances in the first half. Not the best with his passing out but recovery runs were good.

Short backpass and a foul late on to stop Connolly running through saw him booked. In general, his form is not as good post-restart as before.

Good header near the end to deny a scoring chance and a consummate backwards header to himself from a long ball over the top. So assured.

Got forward as happily as ever, though didn’t always look to cross on his left foot. One tremendous tackle in the Reds’ box denied a certain Brighton goal.

Running back was a different matter – tested and caught cold two or three times by runs from deep. Booked and then subbed at the break to protect him from any further sanction, with Tariq Lamptey on Neco’s side the regular Brighton outlet.

What a goal! Good covering at full-back on both sides, too. Set up a few counter-attacks with quick passes from deep. Can’t say he protected the defence relentlessly, though, as the two narrow Brighton forwards got behind and beside him quite often.

A bit tidier in possession than his previous games. Not as involved as his two midfield partners, probably needs to do more in games like these but we’ve said that before.

Ten minutes, two presses, two goals. Naby at his finest, quick in turnovers and getting it forward into space.

Carried on doing it all the rest of the first half and was always the one to find the pass into the box, the space opening up and the timing to dribble forward.

Best player on the park for an hour, would have been Man of the Match if not for Salah’s brace.

Couldn’t get involved. Another opportunity which passed him by here, with just a couple of half-sighters on shots and crosses.

Magic Bobby was back! So selfless, great footwork, clever movement. Well, for 20 minutes, at least. A bit quiet after that, other than his winning the ball back and usual outside-the-box bits.

Lively again, always looking to run in behind, aided the pressing with good frequency.

Scored twice, assisted the other, but could have had another one or two in truth. 19 for the season in the league.

Looked so desperate to claim his hat-trick late on and should have done so with a header in the final seconds. He wants that golden boot again!

Got a few tackles in, did a big cross to Hendo. Assist for the third.

Boshed a few people about, got himself a yellow card and had a tremendously pained expression while receiving it as per.

Forearm smash after coming on. Usual good movement but no penalty box moments.

Nice to have him back.

Not sure about that ‘tache, mate.

Made changes again, gave Neco his debut. Did the right thing in taking him off, too.

Going to have to strop if he keeps subbing Naby off, but it’s all about getting him fit for next season now, not burning him out across six games here.

Good to see him keeping the team motivated and on their game, other than some defensive lapses.