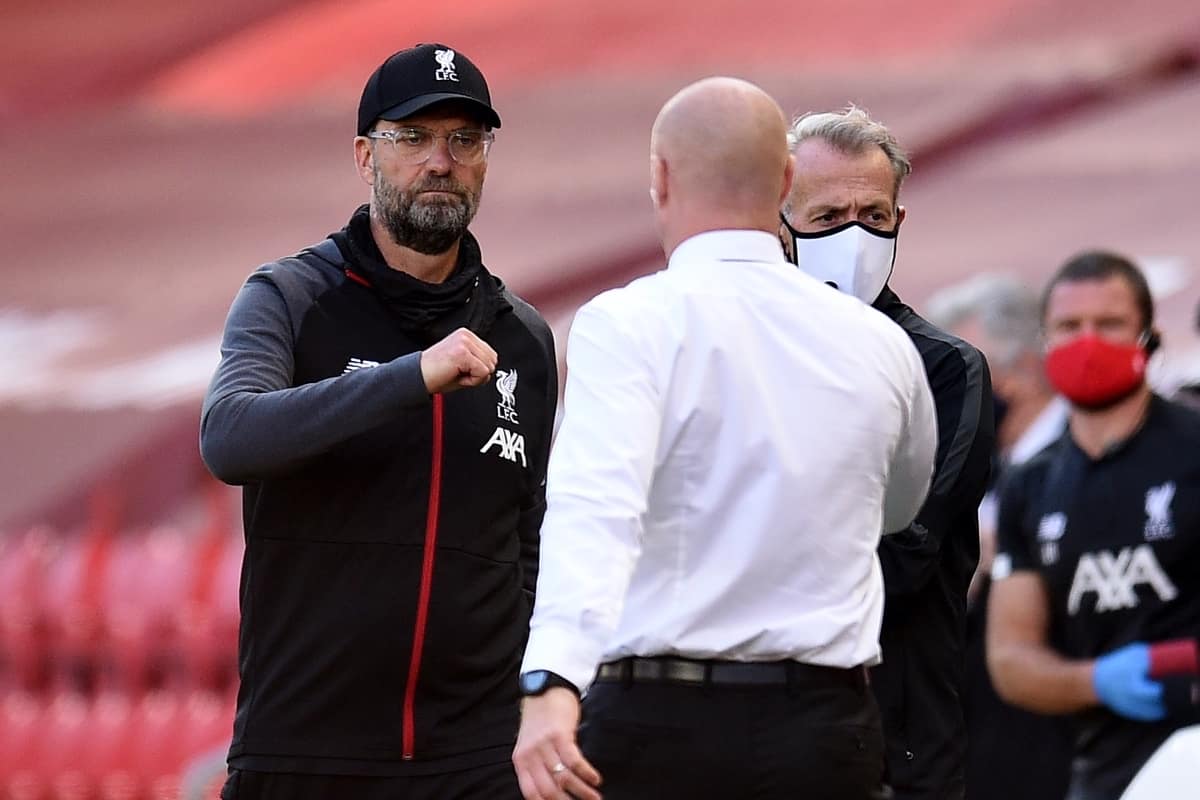 Burnley manager Sean Dyche praised his side’s second-half response after they salvaged a point from their clash with Premier League champions Liverpool.

After a handful of Liverpool chances were denied by impressive saves from Burnley’s Nick Pope, Andy Robertson eventually put the Reds ahead in the 34th minute.

The Clarets did not fold, however, with Jay Rodriguez finding a 69th-minute equaliser.

“I thought they were terrific, especially in the first half,” Dyche, speaking to BT Sport, said of Liverpool.

“They started as they’ve done all season, they play and they press and they don’t give you a breather.

“We felt if we could stay just in it until half time, which we just about did hang on in there, we felt as the game went on we might find our own game, which we did.

“It was a strange kind of game, they’ve had chances and a lot of maybes. But we created some really good chances today against a top, top side. We know about coming to these grounds, it’s very difficult.”

When asked how he had motivated his squad to fight back in the second half, Dyche added: “I just reminded them, I said, ‘don’t wait for 1-0 down football’, I think teams relax a bit when they’re 1-0 down.

“It seems a strange thing to say but it’s like the pressure is off. I said ‘don’t just let that happen’, I said ‘we’ve got to make it happen’ and I thought in the second half we attempted to.

“Like I say, that’s very difficult. You’re not going to dominate the ball but you’re going to have your moments and I thought we did that well.” 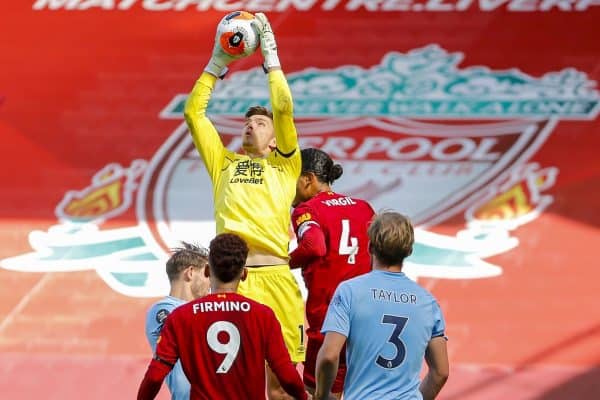 Goalkeeper Pope echoed his manager’s take on the game, telling BT Sport: “We pushed on in the second half, after they scored really.

“I thought we played really well, we created chances of our own. In every set-piece we looked dangerous. Every ball in the box looked dangerous, unfortunately enough it just didn’t quite go in for us again.

“It’s nice to be involved, you come to big grounds like this and you expect to be busy.

“I saw a really, really good game,” he said.

“My side were excellent for a long, long time during the game, but we left the door open for Burnley. We didn’t close it, we should have scored two, three, four goals at least.

“We didn’t do it and in these kind of situations against Burnley you never can defend 100 percent.

“What I have to say is that Burnley did really well in staying in the game, completely in the game. They were not bothered about conceding chances, minute after minute they pretty much just did what they wanted to do.

“So I have respect for that, but of course it’s frustrating because we should have scored much earlier.

“Nick Pope was obviously warmed up. We warmed him up through the game and he was properly warm and had some really sensational saves.”