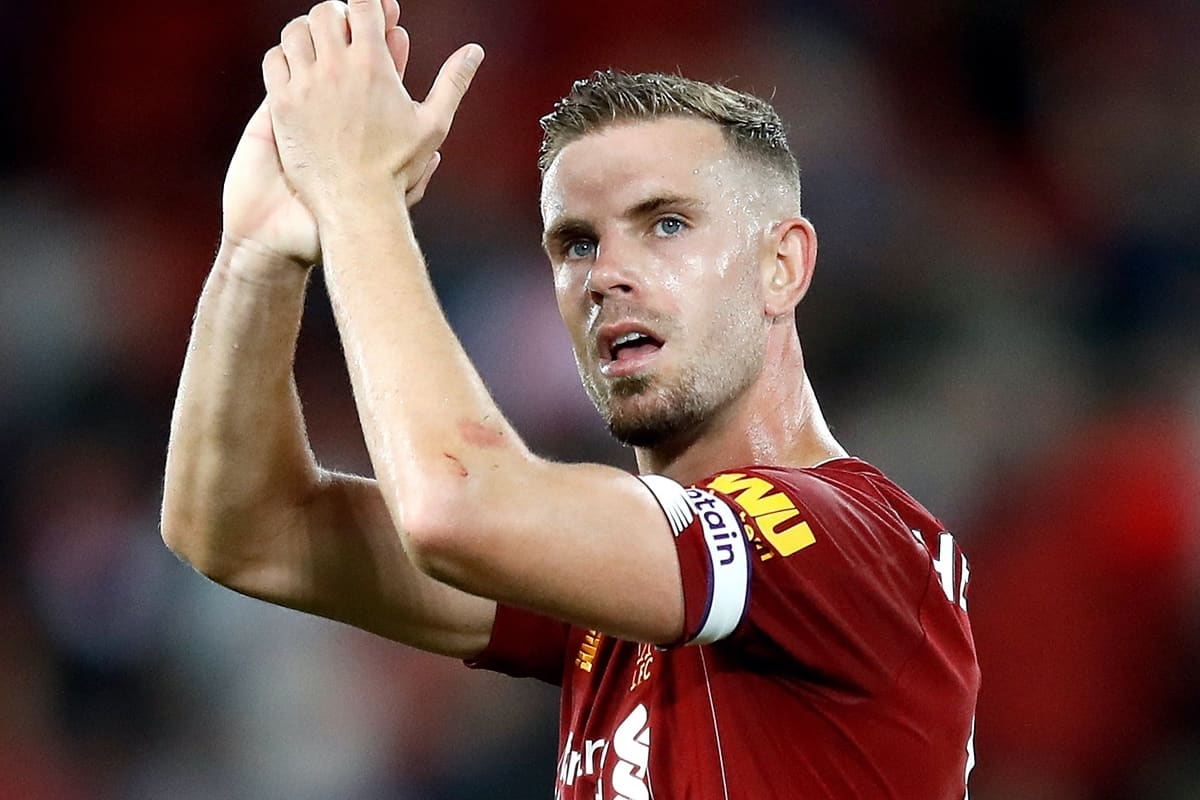 Liverpool are back in action and back on the road to meet Brighton, where Jurgen Klopp has a number of options up his sleeve for the league clash.

Jurgen Klopp‘s side were back adding three points to their season’s tally last time out, their first win since being crowned Premier League champions.

The Reds made changes to their midfield and attack, leaving only the defence intact and while it was not the most entertaining of affairs, as ever, Liverpool got the job done.

With only three days once again separating the end of one match and the start of another, further changes to the starting XI are likely.

A win on the south coast would ensure the club can still end the season with 104 points to their name, and here’s a look at how the boss could set up his side for the meeting.

It is a hectic period for Premier League clubs, where Liverpool have five games to play in the space of 18 days – meaning squad management is key.

Joel Matip remains the only figure ruled out for the rest of the campaign with a foot injury picked up during the opening game of the restart, while a number of others have been carrying or picking up knocks.

Andy Robertson declared himself “good to go” for the trip to Brighton after the final whistle against Aston Villa after sustaining “a bit of a dead calf” in a challenge with 20 minutes left on the clock.

Meanwhile, deputy left-back James Milner is set to be available after the club opted for caution against Villa after Liverpool’s No. 7 felt “something” in his muscle ahead of the game, one which came following a hamstring strain at Everton.

But the Reds’ only other senior centre-back in Dejan Lovren will likely miss his third successive game with an undeclared issue.

Despite needing to consider a few injuries and niggles, Klopp has a number of avenues to explore when setting up his side on the south coast, with rotation once again likely to come into effect.

With centre-back options limited, Virgil van Dijk and Joe Gomez would be tasked with patrolling the heart of defence once more ahead of Alisson.

While Trent Alexander-Arnold was much improved from his Man City display last time out, the occasion could prove fruitful for Neco Williams to earn his first league start having made three consecutive appearances from the bench.

The left-back position could then pose as the biggest question mark with James Milner only just returning from injury and Robertson conceding he picked up a knock, but here, if fit, the former should get the nod as the Scotsman has looked out of sorts.

Despite being in top form, Fabinho is in line for a rest which would leave a midfield trident of Jordan Henderson, Gini Wijnaldum and Naby Keita.

And to keep the attack balanced with changes at full-back, Sadio Mane, Mohamed Salah and Roberto Firmino would lead out a side which would look like this: 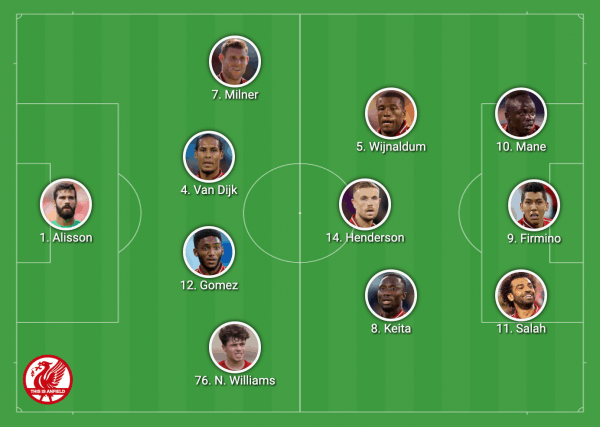 Alternatively, the boss could once again resist making wholesale changes and instead tinker with the midfield and attack once more.

With options at the back limited, the usual defensive contingent will get the nod once more, where Alisson will be out to secure his 14th league clean sheet.

In midfield, Fabinho and Naby Keita will retain their places and be joined by Jordan Henderson, who takes the place of Alex Oxlade-Chamberlain after failing to impress at Anfield over the weekend.

And with Divock Origi failing to make an impact, Firmino will be added straight back into the fold alongside Salah and Mane, where Takumi Minamino Minamino would count himself unlucky: 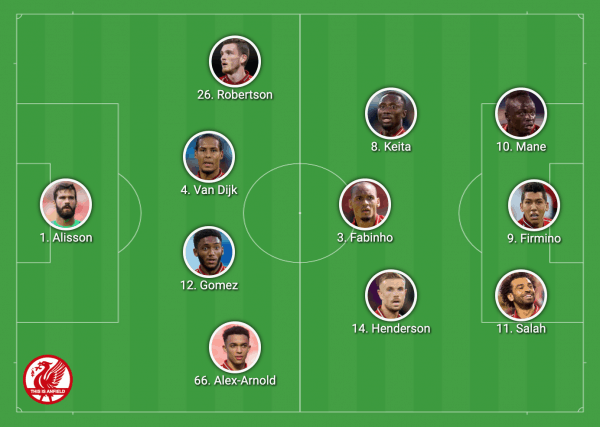 With Klopp having shown resistance so far to make more than three changes, we could expect more of the same when the XI is announced on Wednesday.

Brighton have shown they are no walkovers throughout the season but they are vulnerable to pace and Liverpool are more than capable of returning to Merseyside with all three points so long as they remember to pack their scoring boots this time around.