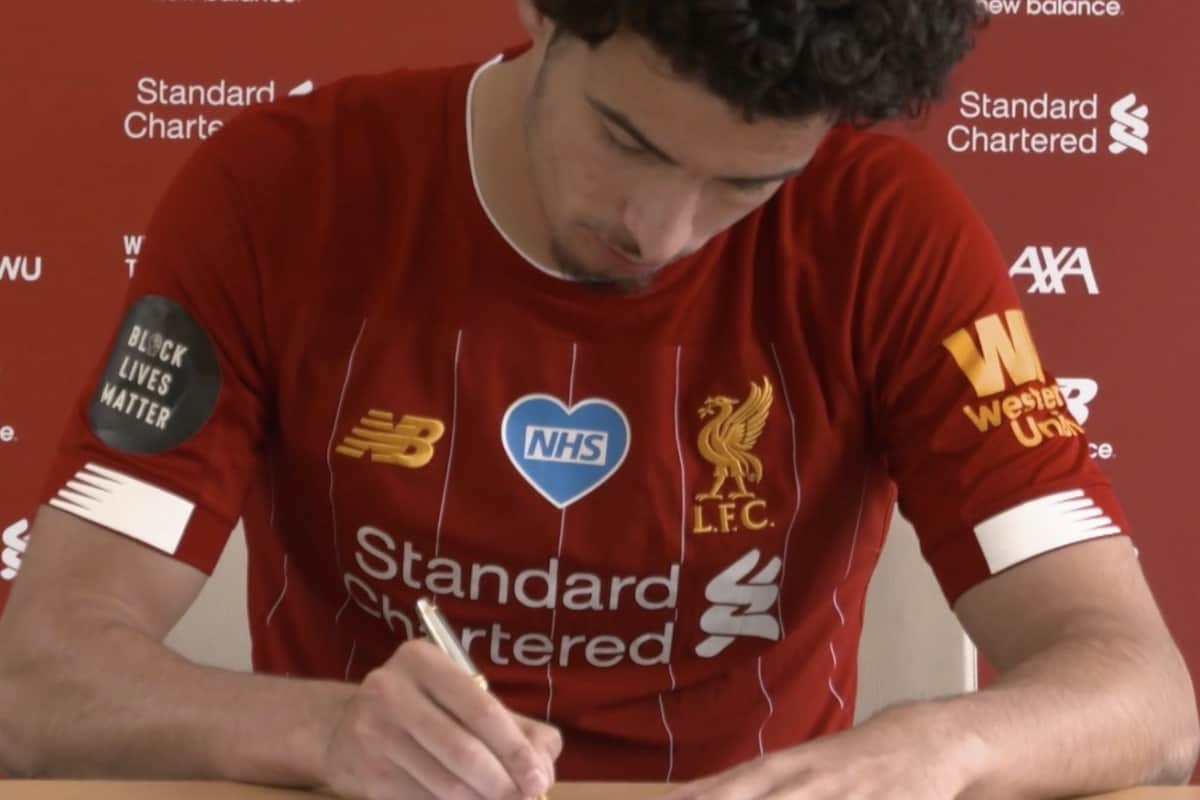 Young attacking midfielder Curtis Jones has been rewarded for a season of enormous progress with a new long-term contract at Liverpool.

The 19-year-old is tipped by many in the local media to play a far more prominent role next year, but he has already started making significant impacts when given the chance.

Jones scored the winner in the Merseyside derby in January’s FA Cup meeting with Everton, while he became the Reds’ youngest-ever captain when he wore the armband against Shrewsbury in February.

He said at the time it was a “proud moment” which was “topped off” by the memorable win, and has made nine appearances all told at first-team level under Jurgen Klopp.

Jones’ new contract is reported to be a five-year deal by several media outlets.

Capable of playing as an attacking midfielder or on the left side of the front three, Jones should see more game time next season with the departure of Adam Lallana, along with a potential exit for Xherdan Shaqiri.

After signing his new deal, Jones told the club website:

“For me, as everyone knows, it’s massive.

“It’s my boyhood club and it’s the whole of my family’s club as well, so for me it’s huge.

“I think the environment and stuff is all positive and keeps me as positive as I can. Of course, we’re working with a great manager and around the best team in the world, so for me it was easy and [I’m] extremely proud.”

Jurgen Klopp said the new deal was a “really pleased” Jones and signed and says it was “absolutely deserved”.

“We want our young players to achieve their maximum and a big part of that is keeping the focus on their journey and not just a destination. You have to make sure their development is constant, otherwise you are failing them.

“I could not be more pleased or proud to see how he has blossomed. Super attitude – brilliant application – and a really important member of this squad now.”

Jones has eight appearances to his name this season in all competitions, with five starts in domestic cups. He’s been on the bench for the last two Premier League games and is expected to get opportunities in the remaining six games of the season.