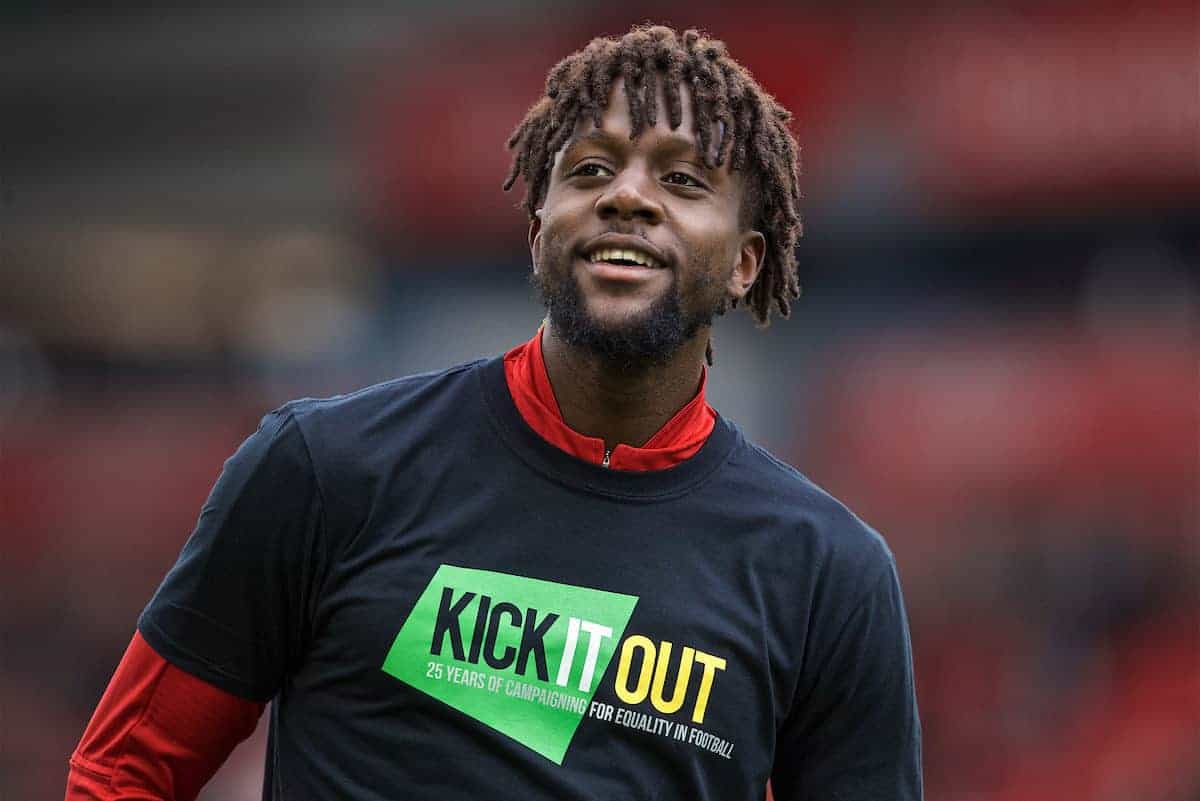 Divock Origi has opened up on a moment he was racially abused at just 12 years old, and what his message would be to his younger self.

The incident took place in his native Belgium while playing for Genk, where the father of his opponent hurled racist remarks at him and called him “things that are not human.”

The youth fixture, where Origi was just 12 at the time, was the focus of an animated clip shared by Bleacher Report, with the Liverpool forward narrating the incident and how it still affects him to this day.

The disgusting act took place when Origi’s team found themselves four goals ahead at Waregem, and at the tender age of 12 he had to experience something no human being, let alone child, should ever have to go through.

“At some point, I heard the dad of a kid that I was playing against. He was standing there. Older, Caucasian guy, grey hair, just yelling at me. He was racially abusing me, calling me all sorts of names,” Origi recounted.

“I remember looking at him and the more I looked at him, the more he went aggressive. Saying that I’m older because of my skin colour, because I was taller.

“Even me saying what he said is a bit painful, that’s how deep it went. Literally racially abusing me and comparing me to things that are not human.

“And at 12 years old, and it’s not even that I looked at him badly or said anything wrong. I tried to continue the game but I couldn’t so I broke down crying.

“It’s the first time I broke down ever in front of a lot of people. My team-mates just looking like, ‘what just happened?’ You know, it’s a grown man, you’re 12 years old. What just happened?

“You’re caught off guard because you’re like, ‘wow’, what makes a person want to attack you that much, be so vicious just because you’re having a good game against his son.”

It was a reality he should never have had to face and words from his father went some way in helping ease the pain as he looked to focus on himself and “embracing where you come from.”

“Straight away, for me, that was a big thing of this is a reality and this can happen. I remember the way back home way quite tough because you’re in a state where you feel humiliated. You feel attacked. You feel vulnerable,” Origi continued.

“As a 12-year-old, you don’t really have the full understanding to be able to put it in the right perspective. So eventually, you end up with a lot of sadness and that’s when you go to your parents and my dad is somebody I respect a lot.

“I remember asking ‘why, why did he do this? Why would somebody do something like that?’

“And the only thing my dad could do is to show compassion, and even though he wasn’t there, I remember him wishing that he could be there to protect me.

“But the one thing he did say is that there’s something you might not be able to understand but it’s about focusing more on yourself and who you are and embracing where you come from.

“Because there are people that are not happy or don’t want to celebrate the fact that you have a different skin tone.”

And asked if he had a message for his younger self, the 25-year-old spoke poignantly about always “shining your light” and being who you are “created to be”.

“My message to a 12-year-old Divock would be to keep on going. Keep on shining your light.

“People are going to and dim it but as long as you seek knowledge, work, passion, love and understanding and you keep being whoever you were created to be. So just be courageous.”