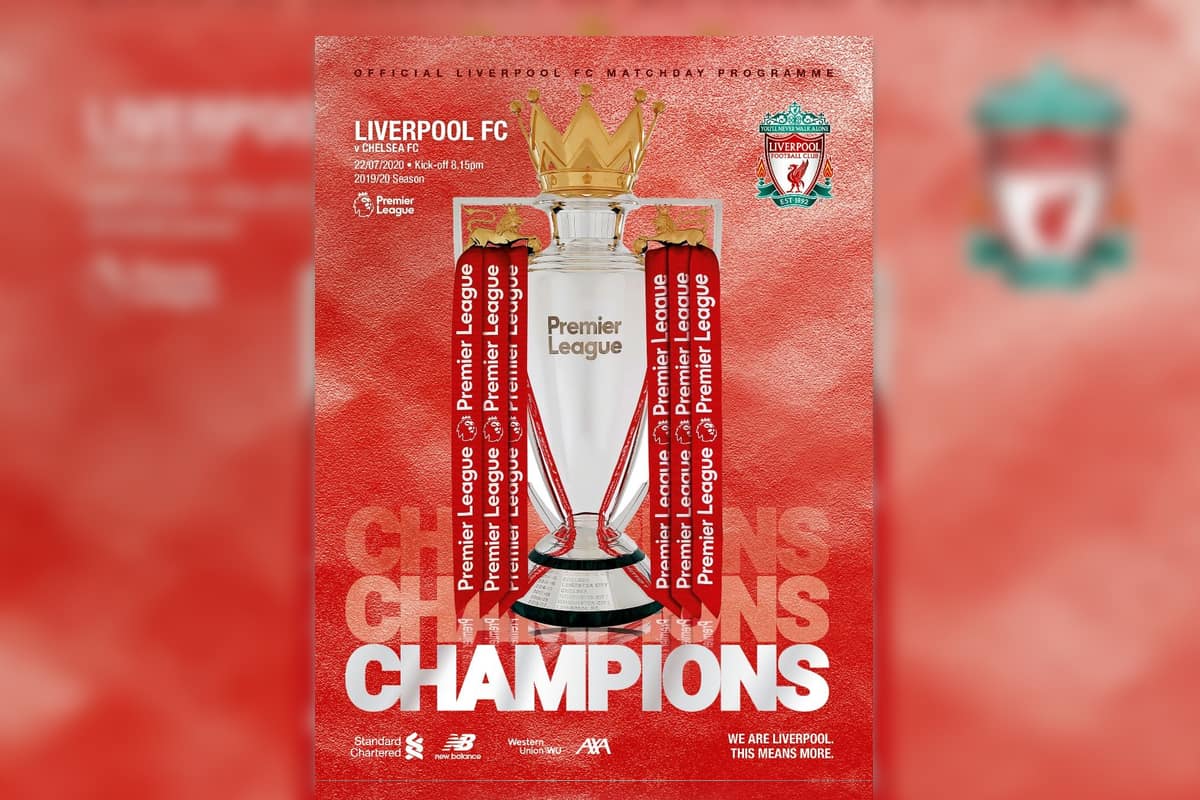 Liverpool will lift the Premier League trophy on Wednesday, 22 July after the final home game of the season, and the official matchday programme from the game will be a souvenir special.

Liverpool have played 537 Premier League games at Anfield since 1992 and the programme cover for home game 538 is the most beautiful of them all; one to keep forever.

When the Reds take to the Anfield turf for the final time, with Chelsea the opponents, they’ll then be crowned champions with the trophy after full-time.

And while Jordan Henderson will be sidelined due to injury, the captain will still lift the trophy – just perhaps without the trademark Hendo shuffle.

Henderson’s captain notes for the evening, which the player himself writes, will no doubt be emotional reading, as too will Jurgen Klopp‘s manager notes.

The matchday programme for the game will be a collector’s item for every supporter and is already available to pre-order now.

Senior writer Chris McLoughlin explained: “After 20 years of writing about the Reds – 15 of them for LFC’s official publications – to finally be working on the matchday programme for the game when Liverpool lift the Premier League trophy at Anfield is genuinely exciting.

“At times I wondered if it would ever happen, but thankfully it has so we’re putting together a 100-page special edition that goes in the ‘keep forever’ category.

“Just seeing the Premier League trophy on the front cover gives me goosebumps and at a time when we can’t be inside Anfield to see the trophy lifted, hopefully having a copy of this historic programme will help every Liverpool supporter feel a little closer on what will be a momentous day for us all.”

The 100-page commemorative edition will be sent out the week of the game, featuring a specially designed fold-out cover plus exclusive content and player interviews.

A piece of Liverpool history.