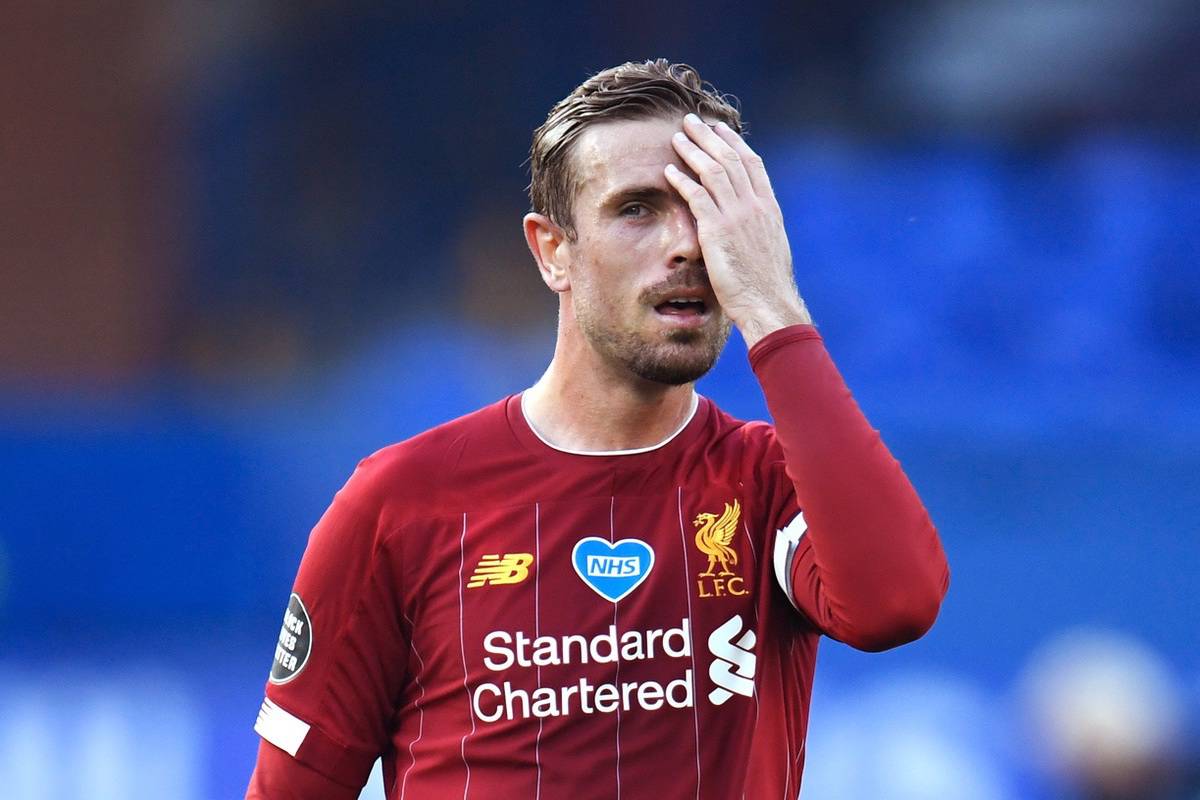 Jordan Henderson will be sent for a scan on his knee following a collision which forced his withdrawal in the win against Brighton on Wednesday night.

With a little over 10 minutes remaining of the game and with Liverpool comfortably positioned at 3-1, Henderson was caught in an awkward challenge.

The collision with the Brighton player saw the captain’s knee bear the brunt of their shoulder with direct impact and he was withdrawn from proceedings, with James Milner taking his place.

With just four games remaining in the season, Henderson’s availability is now under doubt as Jurgen Klopp conceded after the game that while the severity at this stage is unknown, it “will not be nothing.”

“I don’t know how serious it is,” Klopp told reporters. “I don’t know, honestly. I didn’t see it back on the pitch, but I know that it will not be nothing.

“That’s how it is, but we have to wait. I cannot say more. I have had press since the game is over, so I have no idea how he left the dressing room.” 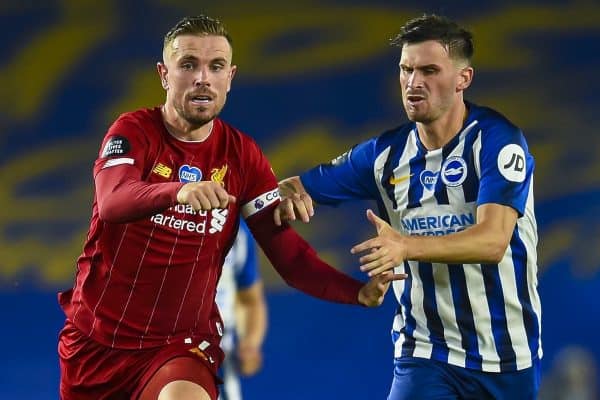 The 30-year-old skipper was one of the Reds’ brightest sparks on the south coast, netting his fourth goal of the season in what was his 350th career outing in the top-flight but will now return to Merseyside with the squad before undergoing further tests.

But with just two weeks until Liverpool are to be officially awarded the Premier League trophy at Anfield, Henderson could well miss out on the game itself against Chelsea itself and instead be forced to join the celebrations from his place in the stands – no John Terry mentions please!

While it will be a blow to both him and Liverpool with the obvious hope that it is nothing long-term, the glass half full view is it will open up a spot for the likes of Naby Keita and Alex Oxlade-Chamberlain to show their worth in the coming games.