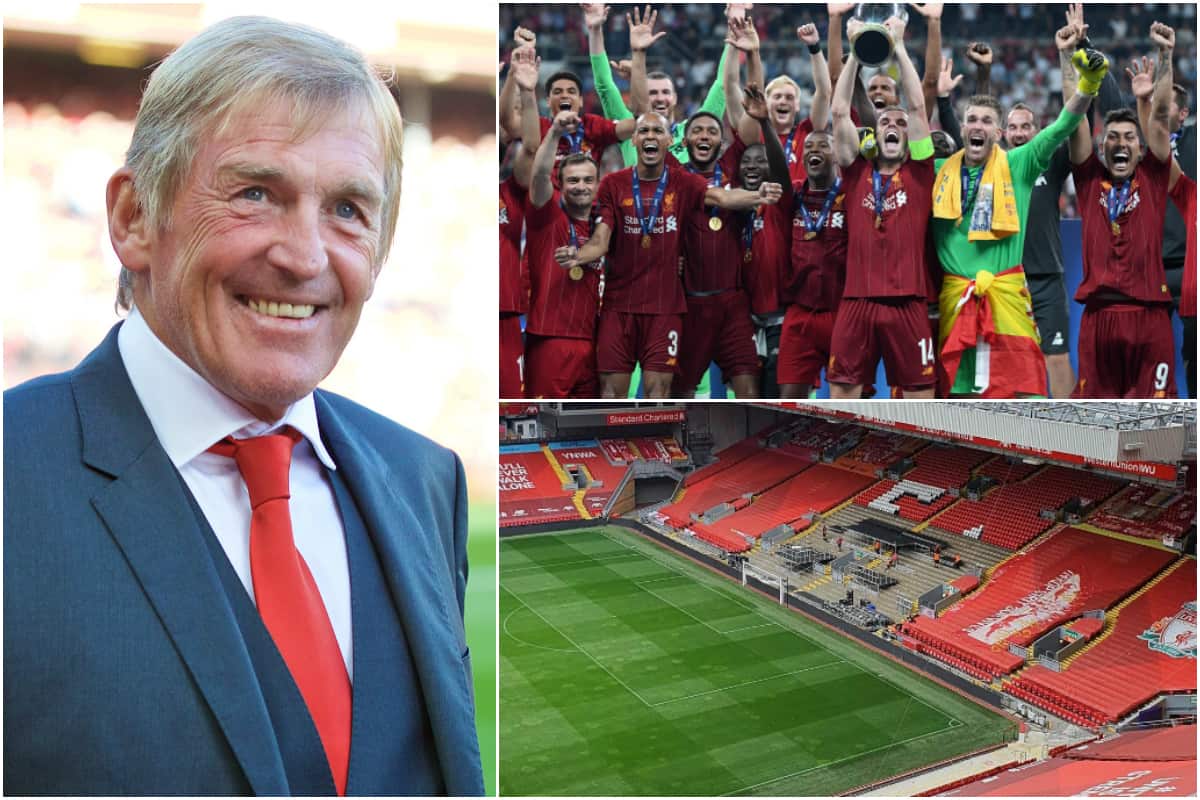 Sir Kenny Dalglish will present Liverpool with the Premier League trophy after their final home game of the season against Chelsea next Wednesday night.

As the last manager to win the top flight with the Reds, Dalglish will be involved in handing over the trophy to Jordan Henderson on what will be an emotional occasion.

With Liverpool planning a special presentation after the visit of Chelsea on July 22, Sir Kenny will play a central role.

The Premier League has given its approval for the 69-year-old to present the trophy, with Jurgen Klopp‘s side awarded with their winners’ medals before Henderson lifts it.

A stage is being built on the Kop to accommodate the ceremony, with a section of seating already removed as part of the club’s plans to ensure the occasion is still special despite the absence of fans.

Senior Liverpool players have been consulted in how the presentation will work, with the club keen to ensure it is not an underwhelming moment with no supporters present. Instead, it is set to be quite the spectacle.

The lights are set to go down around Anfield, with ticker-tape featuring messages from supporters, and a pyrotechnics display on the Kop, with banners being temporarily removed in order to fire protect them.

Dalglish’s inclusion is a brilliant gesture from the club, honouring his status as a legendary figure who has already had a stand named after him at the stadium. 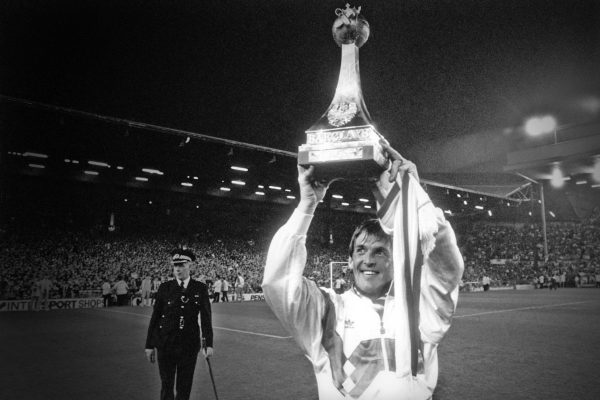 In an open letter to fans after Liverpool’s title was secured, Klopp paid tribute to Dalglish, describing him as “the soul of this club.”

“His understanding of what Liverpool is and what it means to the people is vital to everything that we do,” he wrote in the Liverpool Echo.

“I saw how happy he was after we were confirmed as champions on Thursday and his smile meant so much to me that I can’t put it into words.”

Meanwhile, the club are aiming to avoid large groups of supporters congregating around Anfield that night with Sky Sports providing the game on their free-to-air channels.

Initially, the fixture was set to be shown on Sky Sports Premier League and Sky Sports Main Event, but will now also be available on Sky One and Pick.

Liverpool have produced a special commemorative matchday programme for the occasion, which is selling in its thousands. You can pre-order yours here.