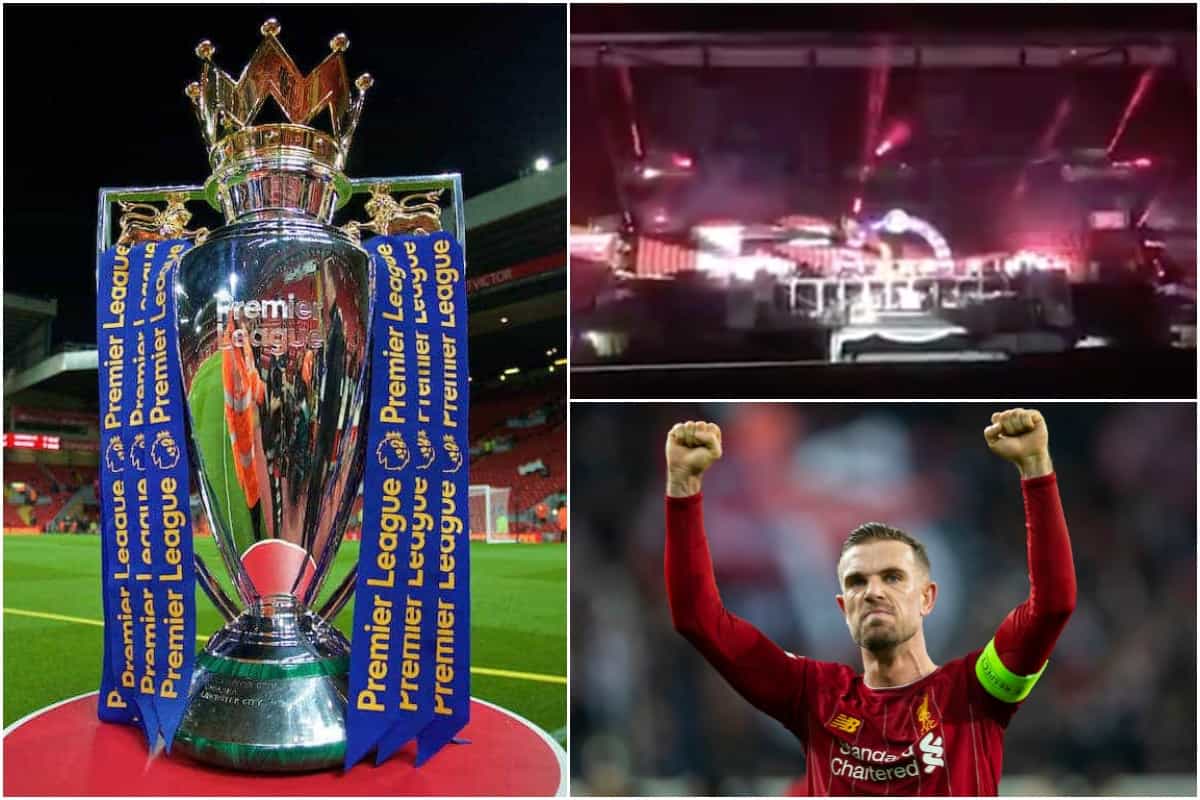 Liverpool’s Premier League title celebrations are set to be spectacular for more reasons than one, and footage has emerged of what we can expect to see on Wednesday night.

The 30-year wait will come to an end in an emotional albeit unprecedented fashion with fans unable to witness the league title returning to Anfield.

But the club have looked to make the occasion as special and memorable as possible for the players at the ground and for fans watching safely from home.

Sir Kenny Dalglish is set to present the trophy to Jordan Henderson, the 10th title-winning captain in club history, on a special podium built on the Kop after Jurgen Klopp‘s side are awarded their winners’ medals.

Seats have been removed with a unique structure taking its place, where a light and pyrotechnics display is to follow, and confetti with messages from fans are also to take centre stage.

And a video doing the rounds across social media has offered a taste of what we can expect following the game against Chelsea, with the stadium’s lights down and the podium scattered with a laser lighting display:

Senior players were consulted throughout the process to ensure the moment will not be an underwhelming one and Henderson was eager to stress that the fans will be at the forefront of the players’ minds on the night.

“It’s gutting for all of us that our fans are not with us in person, but we can still make this one of the most enjoyable shared experiences we’ve ever had if we want it to be,” he said in a pre-match address.

And come Wednesday evening, the podium on the Kop will be bursting with emotion as every Liverpool player bar James Milner will get their hands on the Premier League trophy for the first time – which has already been engraved with Liverpool’s name.

A truly historic moment in the club’s history, one we have waited a lifetime for is only around the corner and images such as these are ones which make you realise how truly special it is to follow this football club and how remarkable this team, the manager and all the staff are.

And we, at This Is Anfield, expect the night to go down a little like this:

World champions, European champions and now English champions – and all trophies will have been lifted in the space of just 418 days.

A collector’s item for every fan – the official LFC matchday programme for the day the Reds lift the title is available to order worldwide now. 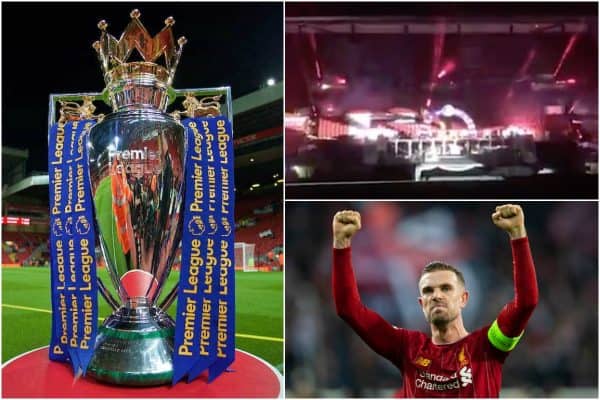 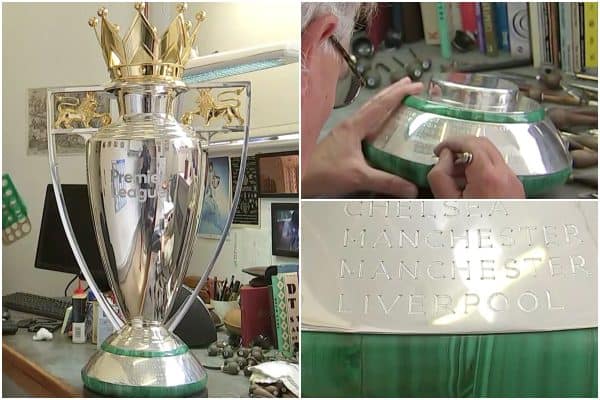 “We’ll feel you with us, we are lifting it for you” – Hendo’s trophy message to fans

“We’ll feel you with us, we are lifting it for you” – Hendo’s trophy message to fans