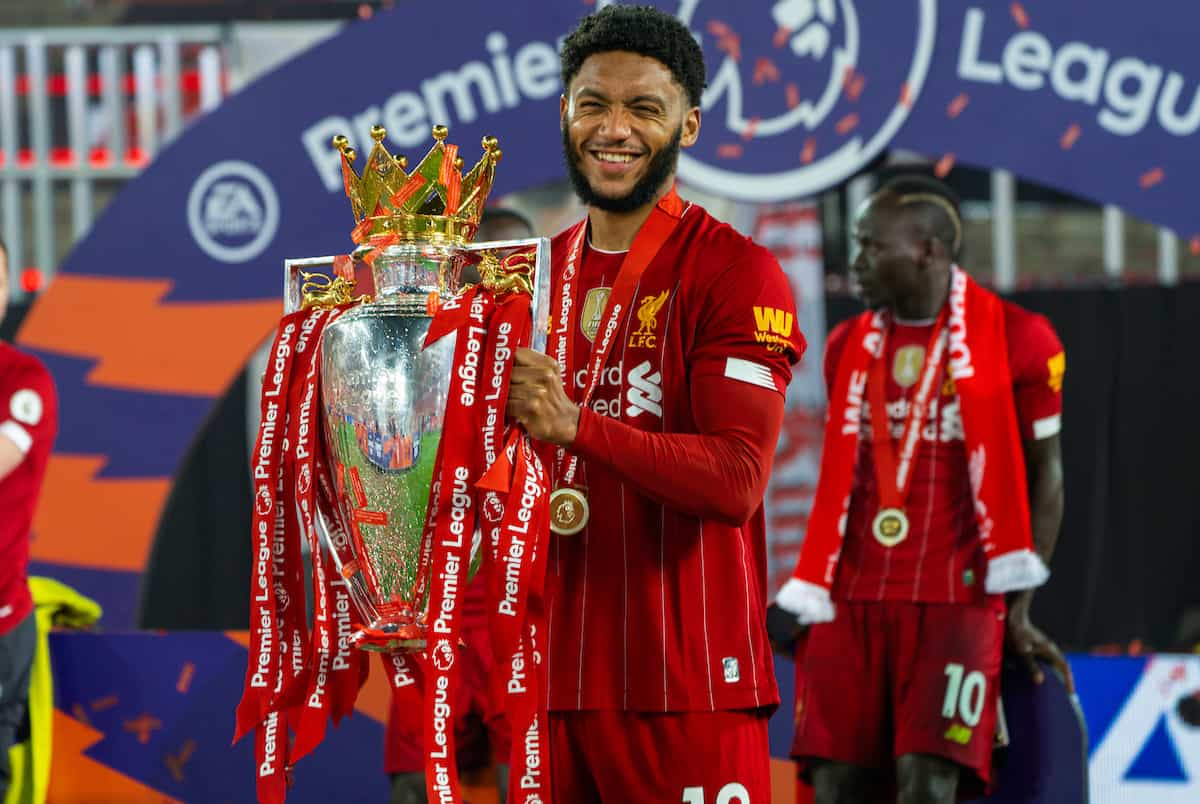 Joe Gomez has spoken of how his time at Liverpool has been the “best five years of my life”, and how a departure from Anfield is not even in the realm of possibility.

In the summer of 2015, an 18-year-old by the name of Joe Gomez put pen to paper on a contract at Liverpool, switching a life he’d only ever known at Charlton for the Reds.

Injuries have robbed him of consistent runs in the side throughout his time at the club, but in that time he has grown into an elite defender who has a European Cup, Club World Cup, Super Cup and Premier League title to his name.

And while the finish to his 2019/20 season saw him regain his status as the first choice partner to Virgil van Dijk, the campaign was not all smooth sailing as an opening day start against Norwich was his first and last in the Premier League until December 7 at Bournemouth.

A run of 14 games without being named in the starting XI, with just 17 minutes of action coming from the bench as Jurgen Klopp looked to Joel Matip and Dejan Lovren.

It was another tough period for the 23-year-old but one which handed him valuable lessons which were different to those he picked up during various spells on the sidelines through injury.

“It was tough,” Gomez told the club’s official website. “I mean, I never had a period probably that long whereby I was fit but not involved. 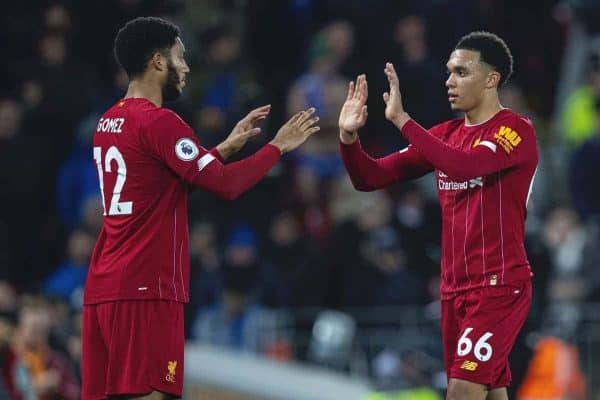 “But it’s part and parcel of being here and at a club of this stature.

“I had to just bide my time and keep working hard in training. It’s never easy as a player to sit out and watch from the sidelines for that sort of period of time but it’s part and parcel, like I say, of being here.

“Unfortunate things happen and players get injured, I knew it was important then at that point that I had to play my part.

“Obviously we were in a good place already at that point come December, things were positive, where we were in the league. I was eager to not want to let anyone down, or just continue that level and play my part.

“It was a tough time but it helped shape me in a different way to [how] the injuries have. I had to look at myself and really dig deep, and understand I’ve got to be patient here and take it from there.”

And take it from there he did, playing 21 out of a possible 22 league games following his return at Bournemouth, of which 20 were as part of the starting lineup, to help guide the Reds to the title.

It was another chapter to his story at Anfield and one which now sees him settled into Liverpool’s formidable back-five, an all-rough journey which is more than he could have ever imagined when he made the move as a fresh-faced teenager.

And following the club’s latest success, Gomez spoke highly of the city and club he is proud to call home with his son and partner, and he’s not expecting to leave it any time soon.

“It’s just become everything I could have imagined and more,” he continued.

“I came when I was 18 and I didn’t really know anything other than the little bubble in south-east London and I didn’t ever imagine how big the club could be and what impact it could have on my life.

“I can definitely say it’s been the best five years of my life. Had some tough times but they’ve helped shape me and I wouldn’t have wanted to spend them, good or bad, anywhere else.

“I’ve grown up here. My little boy is a Scouser now and it’s home for me and there’s nowhere else I’d rather be.”