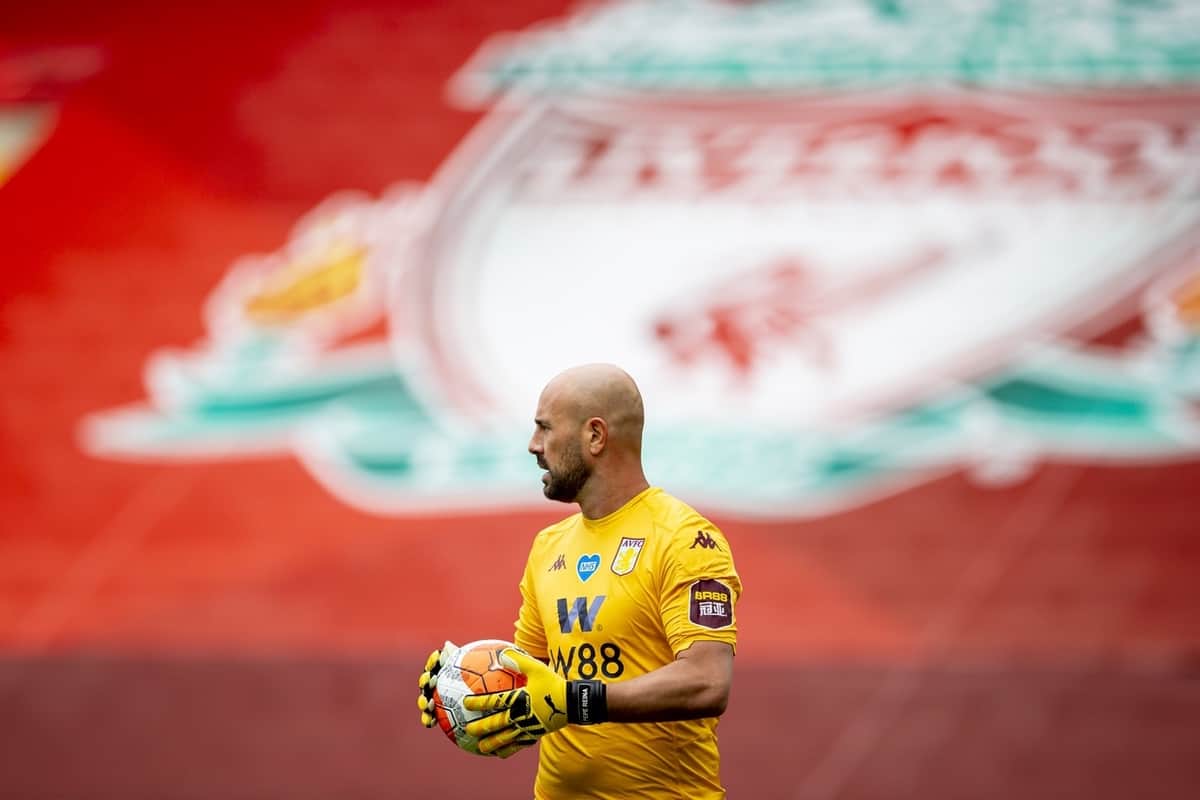 Pepe Reina was back at Anfield on Sunday, finding himself on the losing side as Aston Villa fell to a 2-0 defeat, but his love for Liverpool was clear as he celebrated the title.

The Spanish goalkeeper spent nine years with the Reds, and came close to winning the Premier League under Rafa Benitez in 2008/09, though he was out on loan for the challenge in 2013/14.

Though his time on Merseyside faded out before a permanent switch to Bayern Munich in 2014, his affinity for the club and the city endures, making Sunday a significant moment.

Lining up for Villa, it was the first time Reina had played at Anfield as a visiting player since 2001, when he was just 18, with Liverpool beating his Barcelona side 1-0 in the semi-finals of the UEFA Cup.

And it was an occasion to savour despite the result, as he congratulated Liverpool on the title “we’ve been fighting for” after the game.

“For generations, we’ve been fighting for this title and we couldn’t make it when I was here,” he told BBC Sport.

“But they fully deserve it and for the last three or four seasons they have been fantastic.

“And I am very happy for the Liverpool supporters.”

Reina’s use of the word “we” is telling, as over his time with Liverpool he grew to become a supporter, and it was a shame that he could not return to Anfield in front of his fellow fans.

The 37-year-old took to Instagram to express his gratitude at being able to play at his former home again, and though it was “not the same” he stressed it is “always a special place to me”:

Great to be back at Anfield after 7 years ? Not the same without that incredible crowd “Witnessing” it but still and always SPECIAL place to me! ??? Solid performance from the team for most of the game, but not enough to get something positive. Build up from here for the last 5 games and never give up! ??? #UTV #GoodMemories #Anfield

“Good to see you, genio!” Adrian wrote in response. “I wish you all the very best.”

Reina was embraced by Jamie Carragher before the game and Jurgen Klopp after the final whistle, with his reputation on Merseyside strong nearing the six-year anniversary of his exit.

Goalkeeping coach John Achterberg shared a photo of himself alongside Reina and Alisson—the past and present for Liverpool between the sticks—writing that it was “good to see Pepe back”:

Good to see @preinaofficial back @liverpoolfc for the game catch up after the game with @alissonbecker both played a good game! Top picture of @andyp1234 ???#LFC #lfcfamily #keeper #keepersunion

The post was ‘liked’ by Alisson, Adrian, Loris Karius, Andy Lonergan and Caiomhin Kelleher, as part of the goalkeeper’s union at Liverpool, along with both Jordan Henderson and Steven Gerrard.

It will have been disappointing for Reina to come away without a result after producing a solid display for Villa, but the kind words sent his way after the game will be consolation, as a marker of his standing at Anfield.