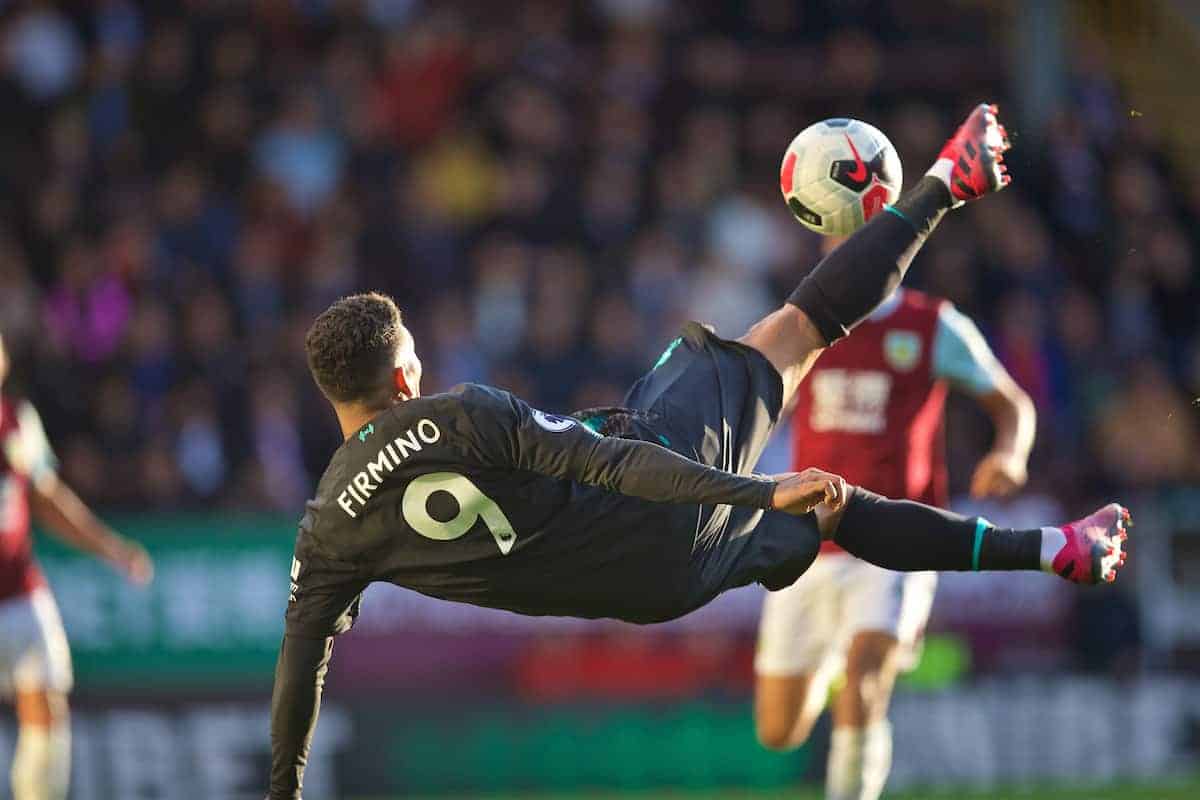 Liverpool head back to Anfield this weekend with a rare Saturday 3pm kick-off—and even more rarely, it’ll be live on UK TV.

The Reds are now in full-focus mode on setting records and making sure they are remembered as one of the greatest sides in history, having already wrapped up the title with ease.

Now it’s about laying claim to season-long form and winning ability, with Liverpool still chasing both a record points haul and a 100 per cent winning record for the season on home soil.

Burnley are our opponents for our penultimate Anfield fixture, with Sean Dyche’s men in mid-table and without several members of their squad who have departed on the expiration of their contracts.

A side-show for the game will be the battle for the Golden Gloves award, with Nick Pope currently leading Alisson Becker (and Brazilian rival Ederson) 14-13 in the clean sheets stakes.

Members of the Reds’ squad have already suggested they’ll be looking to tee-up Mohamed Salah to support his race for the Golden Boot, so a win-to-nil result here would be perfect to aid our No. 1, too.

Liverpool’s on-pitch rhythm and form has been up-and-down since the restart, but the pressing and clinical edge was very much in evidence at home to Palace and most recently at Brighton, so there’s every reason to hope for more of the same on Saturday.

The Reds lost Jordan Henderson late on at Brighton to a knee injury and the skipper won’t play again this season.

Meanwhile, Joel Matip is also not expected to feature in 20/21, but Dejan Lovren is back in training after missing the last few games with a knock.

Andy Robertson returned in the second half against Brighton after a minor issue, while James Milner is also available again after being injured since the Merseyside derby.

Xherdan Shaqiri was back on the bench against Aston Villa, but not against Brighton.

Burnley are without Ben Mee, Jack Cork and Matt Lowton, as well as first-choice striker Ashley Barnes. They released Joe Hart, Jeff Hendrick and Aaron Lennon at the end of June.

Last 5 Home to Burnley (All Competitions)

While Pope and Alisson are fighting each other in the Golden Gloves battle, that’s based only on clean sheets.

In actual goals conceded per 90 minutes of action, Ali is way ahead of the chasing pack: he has conceded 0.66 goals per 90, with Dean Henderson his nearest challenger on 0.84.

Alisson is also joint-first in terms of save percentage (78%) with Kasper Schmeichel, with Pope 11th once more (70%).

Jurgen Klopp praised Naby Keita‘s recent form and hinted that now could be the time the No. 8 stakes his claim to become a regular in the side.

“Injuries never help and cost rhythm. People forget but when he joined us he did exceptionally well, then the injuries started.

Liverpool vs. Burnley will be shown live in the UK on BT Sport 1 and BT Sport Extra 1, with coverage starting at 2:30pm (BST) ahead of the 3pm kickoff.

Chris Williams will be keeping you up to date with all the action and providing his usual entertaining take on This Is Anfield’s matchday liveblog, starting from 2.15pm (BST).