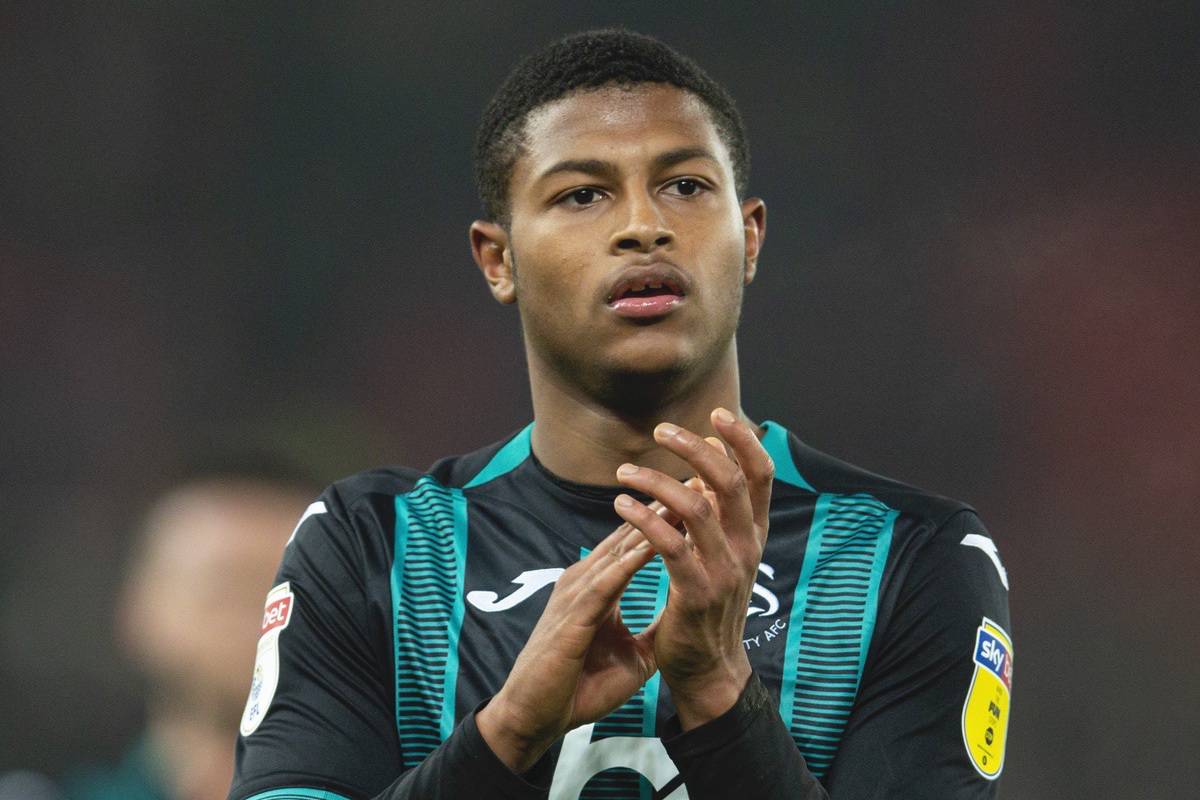 Rhian Brewster is yet to be outlined his role with Liverpool for next season, but could be working his way into the picture at Anfield after forcing another goal for Swansea.

The 20-year-old hit the ground running after joining the Swans on a half-season loan in January, and has kept up the momentum following the Championship’s three-month break.

After scoring four goals in 11 games before football’s suspension, he has now struck twice in three outings since the restart—though realistically he could add another to his tally after Tuesday’s draw with Millwall.

Brewster was leading the line in his 13th start of the campaign, with Swansea trailing after Mason Bennett’s first-half strike, when Conor Gallagher was brought down 25 yards out.

The Liverpool striker stood over the free-kick, and after a quick shimmy fired it onto the underside of the crossbar, with the ball deflecting in off the back of goalkeeper Bartosz Bialkowski.

It went down as an own goal, but it was one crafted by Brewster’s talented right foot, and he celebrated it as if it was his own.

He had already gone close to levelling the scores with his far-post volley, only for Millwall defender Jake Cooper to clear it off the line, and ultimately the two sides were left to settle for a point each.

It was another impressive performance from a young forward with real personality, and with Jurgen Klopp looking to “get creative” with in-house solutions this summer, Brewster’s form in south Wales could lead to an opportunity at Liverpool.

Speaking to Sky Sports after the game, however, the youngster admitted he is yet to be told where he stands for next season—though that is to be expected, as the current campaign is yet to conclude.

“I just want to finish the season, and hopefully get promoted. That’s the aim,” he said.

“I don’t know where I’m going to be next year, I just want to finish the season strongly and see what happens next season.”

Klopp is unlikely to have informed any of the likes of Brewster, Harry Wilson and Marko Grujic if they will be part of his squad for next season at this stage, as their focus should remain on their loan clubs.

But given Brewster’s form at Swansea, in his first taste of regular senior football, it could be that he is earmarked for a first-team role at Anfield in 2020/21.

Liverpool have already pulled out of a deal to sign Timo Werner as competition for the forward line, and in the current climate it could be that a young player already at the club is deemed more suitable backup for Roberto Firmino.

Brewster has been modelling his game on the No. 9, and WalesOnline praised how he “worked hard to keep Millwall’s back line busy,” which is a strong sign that he is capable of fulfilling the off-ball duties required, too.