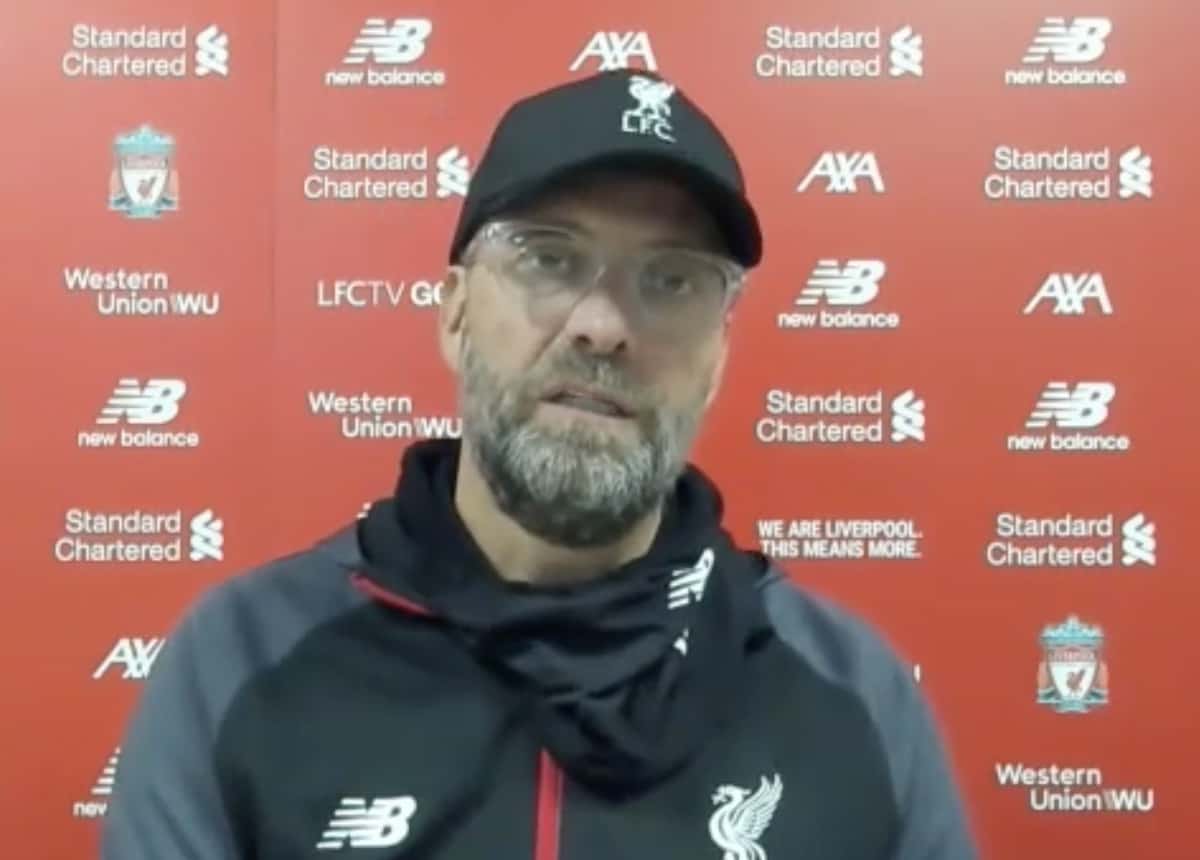 Jurgen Klopp was left frustrated by his side’s inability to convert chances as they drew 1-1 with Burnley, but would not apportion blame to a goal-shy Roberto Firmino.

The Reds dropped points for the first time at Anfield in the Premier League this season as Jay Rodriguez cancelled out Andy Robertson‘s brilliant headed opener.

Though Klopp’s side are already champions, this serves as a bitter blow to Liverpool as they chase the all-time points record in the English top flight.

Eight more are now needed to break Man City‘s 100-point record, with Arsenal and Chelsea the next two fixtures before the season ends away to Newcastle, with this setting out a difficult task for the Reds.

Robertson was an unlikely scorer at Anfield, but incredibly the left-back has now scored more home goals than Firmino this season, and Klopp was questioned on the Brazilian’s bizarre drought in his post-match press conference.

“It cannot become a psychological problem, because today Bobby played an outstanding game, and we don’t judge him [on goals],” he insisted.

“So I hope he will not read your newspaper if you make a story of it!

“Because we just don’t think about it, it’s not important who scores.

“We only have chances in the other positions because Bobby plays the way he plays.

“And he will score, there’s absolutely no doubt about it. We are worried at all about that, because he played an outstanding game today and was involved in so many decisive situations.

“In the end, nobody really scored apart from Robbo with a header, which is pretty exceptional. So no, it will not become a problem.” 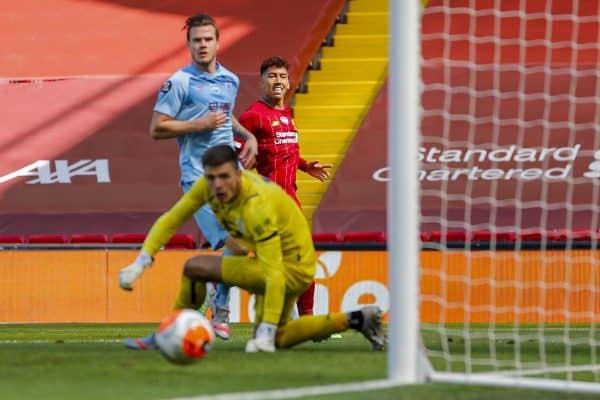 Overall, it was a game that Liverpool could have won were it not for the heroics of Nick Pope, who recorded his highest amount of saves in a Premier League game this season, with eight.

Most notably he kept out goalbound efforts from Mohamed Salah and Sadio Mane in the first half, and continuing his assessment, Klopp explained how creating against a side like Burnley is “the biggest challenge in football.”

“[It was a] good performance in most parts of the game,” he said.

“There were moments when it was like Liverpool vs. Nick Pope.

“We created super chances, but there was always one guy who wanted to deny us, and it was Nick Pope.”

The manager also discussed the performances of Neco Williams and Curtis Jones, controversy over a number of decisions and the emphatic performance of Robertson after a difficult period.

Klopp’s disappointment was clear, but Wednesday night brings another opportunity to respond with a trip to Arsenal, who are still fighting for a place in the top four.